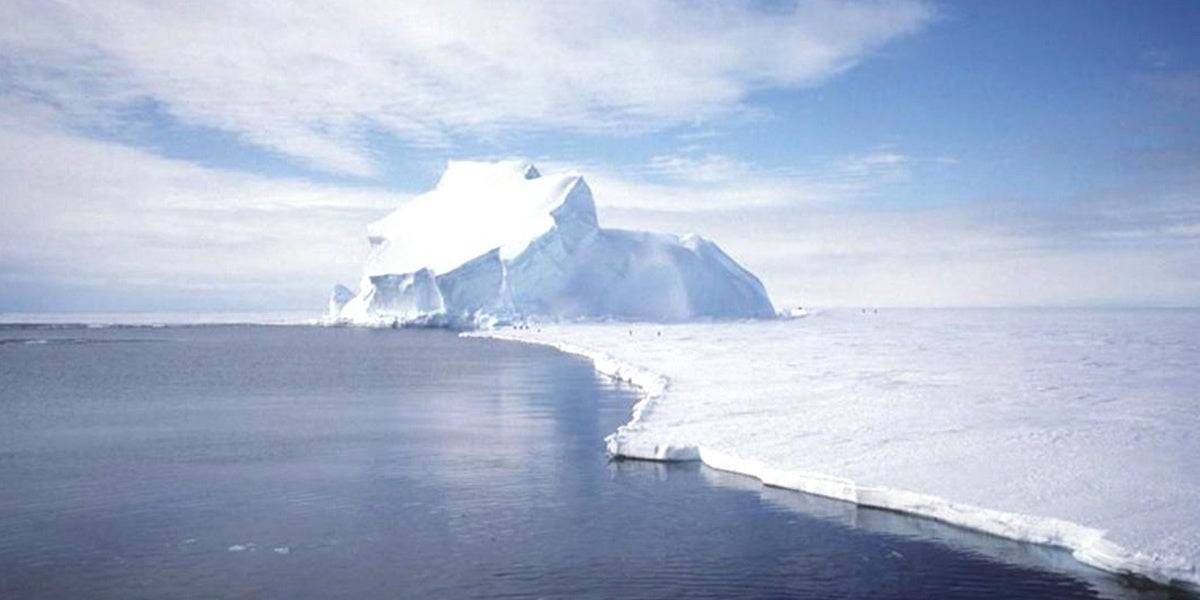 New research has confirmed one of the worst nightmares of climate science: the instability of the East Antarctic ice sheet.

A rise of just one meter would render at least 100 million coast dwellers homeless.

And a second, separate study has shown that—whatever happens in Antarctica—humanity is unlikely to be able to make any accurate guess before midcentury.

U.S. scientists reported in the journal Nature that they went to what they called the Sabrina Coast of eastern Antarctica to look for geological and geophysical evidence of change.

Although the western region, and the Antarctic peninsula, is warming swiftly, for decades scientists have assumed that the great mass of ice in the eastern Antarctic was stable.

But last year a research team looked more closely at meltwater flow from one of the region’s glaciers and concluded that it was not stable, and that any melting could result in a dramatic rise in sea levels.

The latest study confirms that suspicion. “It turns out that for much of the East Antarctic Ice Sheet’s history, it was not the commonly perceived large stable ice sheet with only minor changes in size over millions of years,” said Sean Gulick of the University of Texas Institute for Geophysics, one of those who led the study.

“Rather, we have evidence for a very dynamic ice sheet that grew and shrank significantly between glacial and interglacial periods. There were also often long intervals of open water along the Sabrina Coast, with limited glacial influence.”

Gulick’s co-author, Amelia Shevenell from the University of South Florida, said, “As ice melts, global sea levels rise. Most of Florida is at or several feet above sea level.

“We are already seeing the effects of rising seas caused by melting ice sheets and ocean warming. There is enough ice in our study region alone to raise global sea level by as much as 15 feet. This, in isolation, would be catastrophic to Florida.”

But real estate investors and citizens who put their money into Florida are not likely to get any long-term certainty: nor are the hundreds of millions of people who dwell in low-lying communities from Bangladesh to the Nile Delta, from the coral atolls of Kiribati in the Pacific to the polders of the Netherlands in Europe.

That is because a second study, in the journal Earth’s Future, led by scientists from New Jersey and Massachusetts, reported that estimates of future change are likely to stay uncertain until around 2060.

“There’s a lot of ambiguity in post-2050 projections of sea-level rise and we may have to live with that for a while,” said Robert Kopp, director of the department of earth, ocean and atmospheric sciences at Rutgers University. “We could end up with 8 feet of sea level-rise in 2100, but we’re not likely to have clear evidence for that by 2050.”

What happens will be influenced by international action promised by 197 nations in Paris in 2015 to take steps to reduce greenhouse gas emissions from power stations, factory chimneys and car exhausts.

If these are reduced to zero in the next 40 or so years, sea level rise could be limited. If nations went on burning fossil fuels at an ever-increasing rate, then ultimately all the ice piled kilometers high on Antarctica could melt.

The rate at which the polar icecaps melt will initially be governed by the stability of the ice shelves around the coast that slow glacial flow.

“The widespread loss of Antarctic ice shelves, driven by a warming ocean or warming atmosphere, could spell disaster for our coastlines, and there is sound geological evidence that supports what the models are telling us,” said co-author Rob Deconto, of the University of Massachusetts at Amherst.

“We’re making progress, but we still don’t know exactly when these processes might kick in, and how fast sea level might rise if they do. The ice shelves are the key.

“They hold back the flow of Antarctic ice toward the ocean, so we don’t want to lose them. The problem is, they don’t last very long when they are sitting in warm water or if they are covered with summer meltwater, so keeping global temperatures in check is critical.”