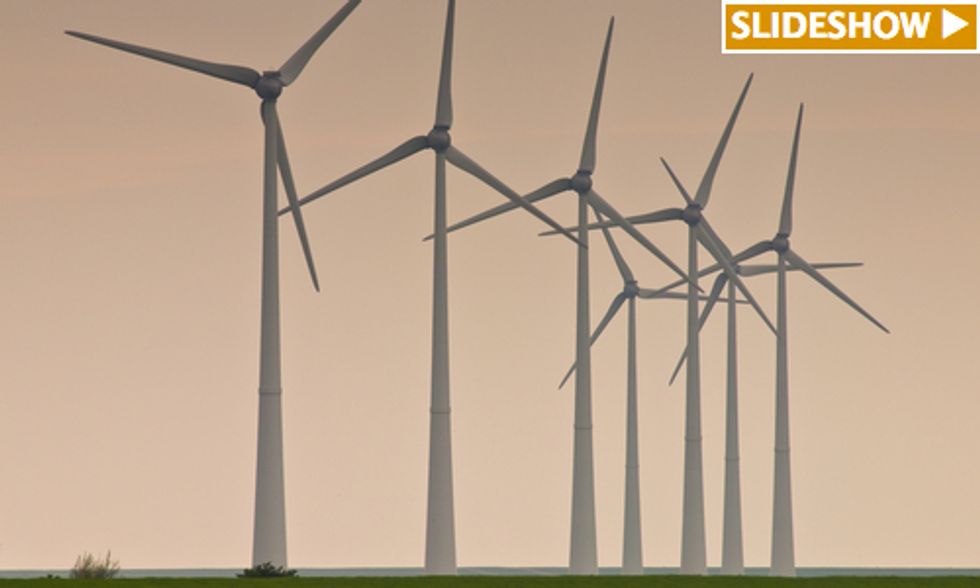 Renewable energy employment has topped a combined 6.5 million jobs around the globe, according to a new report from the International Renewable Energy Agency (IRENA).

Released Monday morning, Renewable Energy and Jobs—Annual Review 2014 shows that jobs in the wind, solar and other clean energy sectors grew by nearly 1 million from 2012 to 2013.

"With 6.5 million people directly or indirectly employed in renewable energy, the sector is proving that it is no longer a niche, it has become a significant employer worldwide,” IRENA Director-General Adnan Z. Amin said in a statement. “The insights into shifts along segments of the value-chain revealed in the report are crucial to developing policy that strengthens job growth in this important sector of the economy.”

The top sectors for renewable energy employment are solar photovoltaic (PV), biofuels, wind, modern biomass and biogas. Regional shifts, industry realignments, growing competition and advances in technologies and manufacturing processes are the top drivers for the year-to-year job growth, according to the report.

“Surging demand for solar PV in China and Japan has increased employment in the installation sector and eased some PV module over-supply concerns,” said Rabia Ferroukhi, head of the Knowledge, Policy and Finance division at IRENA and the report's lead author. “Consequently some Chinese manufacturers are now adding capacity.”

The U.S. is the largest biofuels producer in the world, while Brazil remains as the sector's largest employer. China and Canada paced wind employment's growth in 2013.

IRENA will present the report Monday at the Clean Energy Ministerial in Seoul, South Korea, where the energy ministers and/or high-ranking officials from 23 countries are expected to attend.