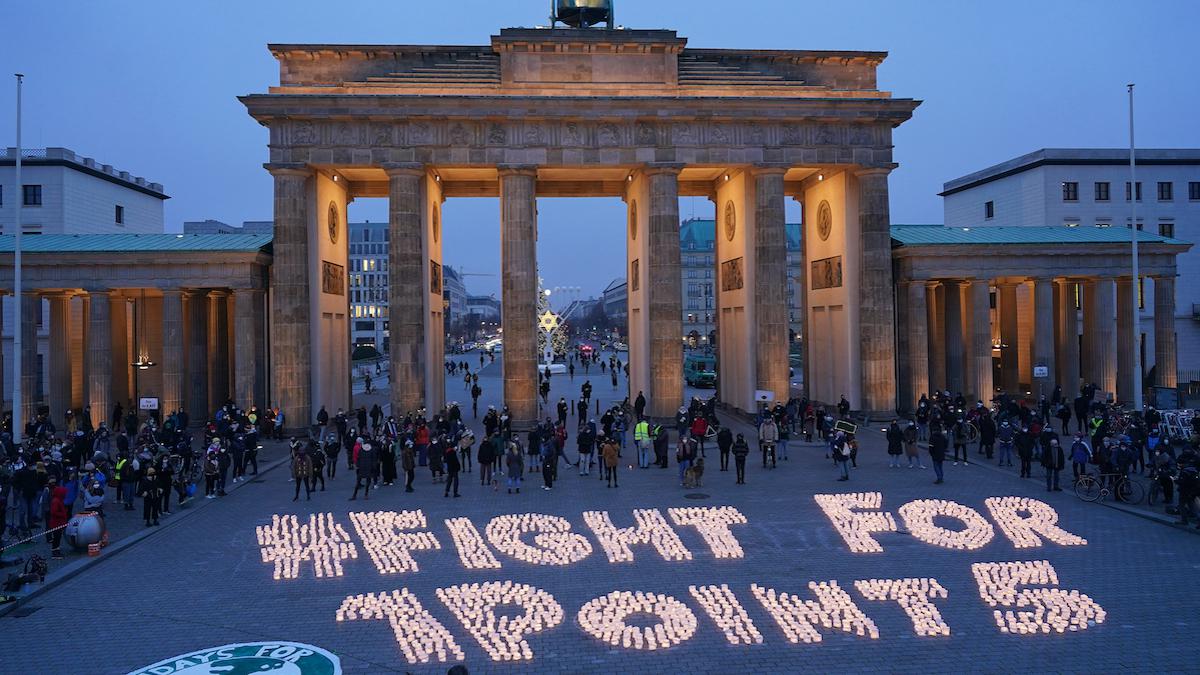 Candles spell out, "Fight for 1 point 5" in front of the Brandenburg Gate in Berlin, Germany on Dec. 11, 2020, in reference to 1.5°C of Earth's warming. The event was organized by the Fridays for Future climate movement. Sean Gallup / Getty Images

Taking an unconventional approach to conduct the largest-ever poll on climate change, the United Nations’ Development Program and the University of Oxford surveyed 1.2 million people across 50 countries from October to December of 2020 through ads distributed in mobile gaming apps.

The survey found that 64 percent of people think climate change is a global emergency and only 10 percent think world leaders are doing enough to address it. The number of people who considered climate change an emergency was even higher – 69 percent – among those ages 14 to 18.

The survey also asked respondents to rank 18 specific policies to address climate change, and found that the most popular policies were restoring forests, using renewable energy, and using climate-friendly farming techniques. “There is a groundswell of people that are saying even during a pandemic that climate change is an emergency and here’s how we want to solve it,” Cassie Flynn, UNDP’s strategic adviser on climate change and head of its Climate Promise initiative, told Al Jazeera.

As reported by The Independent:

More than 30 million invites to the survey were issued to people when they played a popular mobile game – such as Words With Friends, Angry Birds, Dragon City or Subway Surfers.

The findings were weighted by polling experts at Oxford University to be as representative as possible for each country.

“If 64 per cent of the world’s people are believing in a climate emergency then it helps governments to respond to the climate crisis as an emergency.

“The key message is that, as governments are making these high-stakes decisions, the people are with them.”