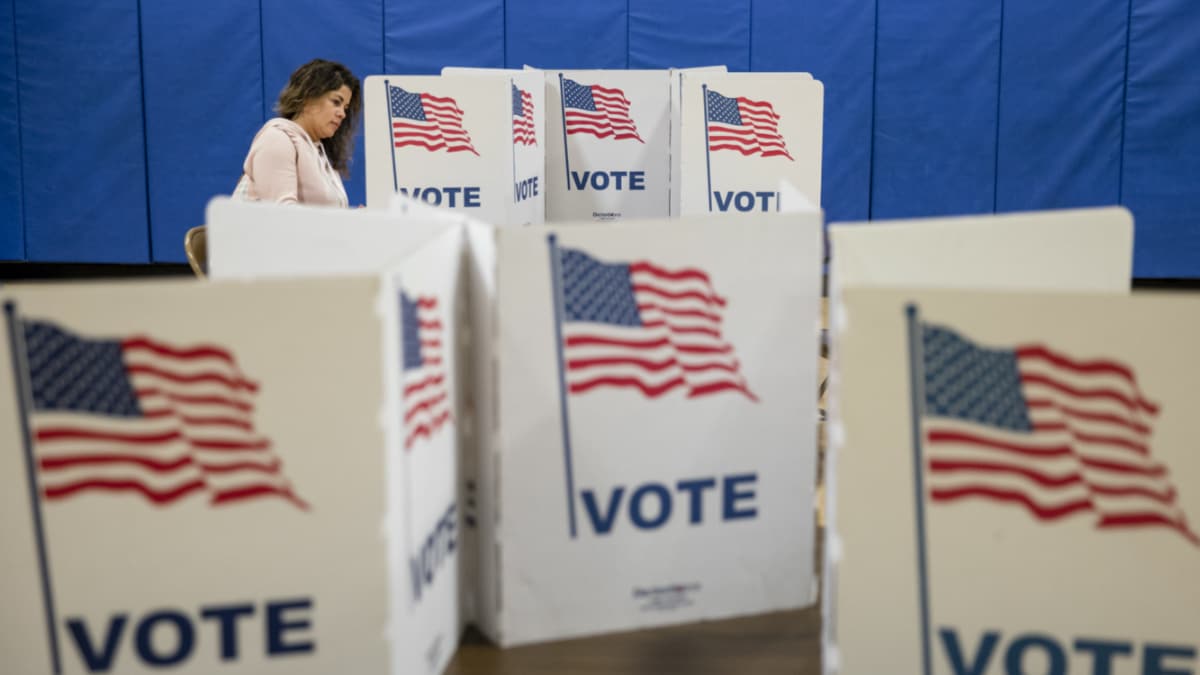 A woman marks down her vote on a ballot for the Democratic presidential primary election at a polling place on Super Tuesday, March 3, 2020 in Herndon, Virginia. Samuel Corum / Getty Images

The climate crisis is set to be a significant factor in a U.S. presidential election for the first time, with new polling showing a clear majority of American voters want decisive action to deal with the threats posed by global heating.

Seven in 10 voters support government action to address climate change, with three-quarters wanting the U.S. to generate all of its electricity from renewable sources such as solar and wind within 15 years.

Nearly two-thirds of respondents said they would be more likely to vote for a presidential candidate who supports the complete shift to clean energy, with a further seven in 10 voters supporting US involvement in the Paris climate agreement, which commits countries to tackling dangerous heating. Two-thirds of voters said climate should be a priority for whoever wins the election.

“There may be a divide on Capitol Hill but the large majority of us are worried about climate change and want to see leaders deal with it,” said Ed Maibach, director of George Mason University’s Center for Climate Change Communication. “This is the first election where climate change has featured heavily. It’s unlike anything we’ve seen in American politics before.”

Over the past decade, the crisis has become a sharply partisan political topic as Republicans embraced denial and obfuscation of the escalating crisis. Donald Trump called climate science a “hoax” and his administration set about dismantling every policy put in place by Barack Obama to reduce planet-heating emissions.

Do you support or oppose each of the following policies as part of the recovery from the coronavirus pandemic? 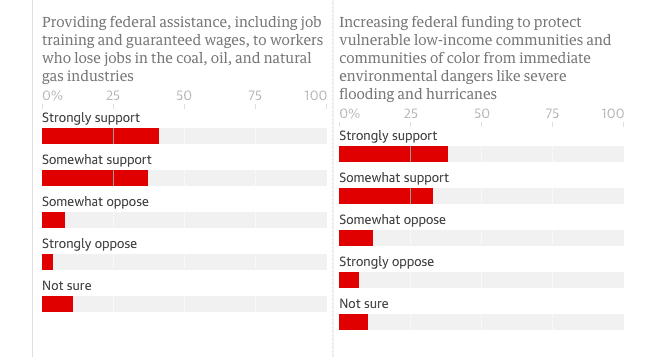 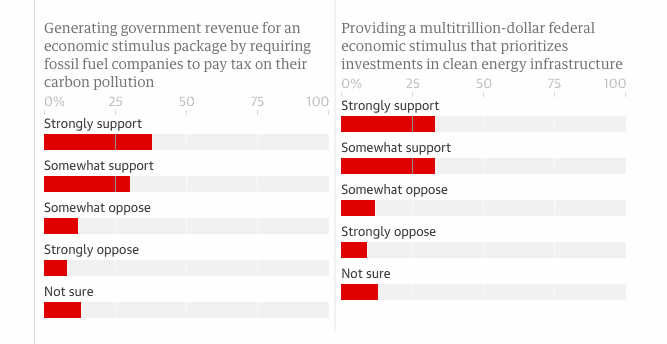 Democrats are becoming increasingly alarmed over the climate crisis, with 90% describing it as either a “very serious” or “somewhat serious” problem and more than eight in 10 supporting a Green New Deal, a vast government-led climate program, to combat it.

This concern is filtering through, to a lesser degree, to Republican voters. More than half say climate change is a very or somewhat serious problem, with 41% backing the Green New Deal, despite it being widely vilified by Republican party leaders. A further 51% of Republican voters support U.S. involvement in the Paris climate accords.

The polling suggests Trump, who has triggered the U.S. withdrawal from the agreement and routinely disparages climate science, will be the first U.S. president to face a voter backlash over the climate crisis. His Democratic opponent, Joe Biden, meanwhile, has vowed to reduce U.S. energy emissions to net zero by 2050 and promised a tn investment to create millions of new jobs in clean energy industries.

The surge in voter appetite for climate action follows a barrage of disasters that have hit the U.S. recently, including huge wildfires that have scorched the west coast and powerful hurricanes that have pummeled the U.S. south. Scientists say rising global temperatures, caused by humans burning fossil fuels, are aiding the spread of wildfires and making hurricanes more intense.

Trump’s first term in office has also seen a growing youth-led climate protest movement, with the Swedish teenager Greta Thunberg as its figurehead. Younger U.S. voters see the climate crisis as a top-tier issue, polling has shown, while the latest opinion research shows broad support for a greater focus on the issue in the media.

More than six in 10 respondents said the media should explicitly outline the link between extreme weather events and the climate crisis, while nearly three-quarters want moderators to ask questions about the climate crisis during the three televised presidential debates, which start next week. In 2016, no questions were asked about climate during the debates between Trump and Hillary Clinton.