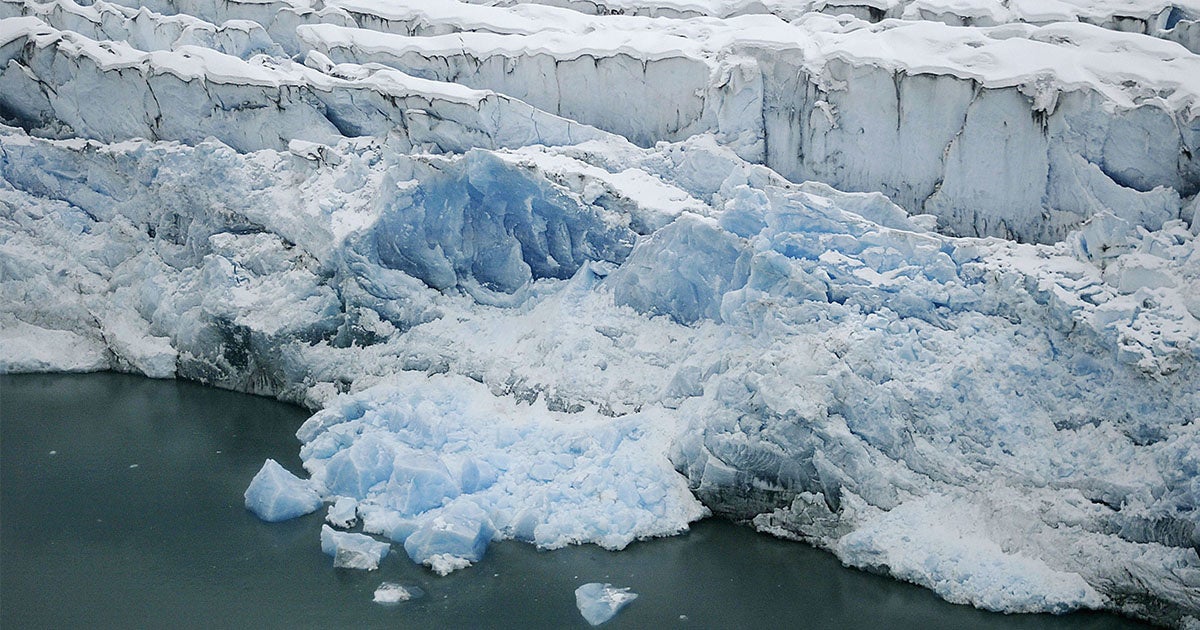 Columbia Glacier in Alaska; glaciers in Alaska are currently contributing the most of glaciers worldwide to sea level rise. David McNew / Getty Images

Glaciers may be melting faster than scientists thought, causing 25 to 30 percent of global sea level rise, according to comprehensive research published in Nature on Monday.

While previous studies had only assessed 500 glaciers, the new study looked at more than 19,000 glaciers using both satellite data and field visits, lead study author and University of Zurich glaciologist Michael Zemp told CNN. The researchers found that, between 1961 and 2016, the world’s non-polar glaciers had lost around 9,000 billion tons of ice and contributed 27 millimeters to rising ocean levels. That’s enough ice to turn the U.S. into an ice-rink four feet thick.

“Over 30 years suddenly almost all regions started losing mass at the same time,” Zemp told the Associated Press. “That’s clearly climate change if you look at the global picture.”

Melting ice sheets in #Greenland and the #Antarctic as well as ice melt from #glaciers all over the world are causing sea levels to rise. Glaciers alone lost more than 9,000 billion tons of ice since 1961, raising water levels by 27 millimeters. https://t.co/Bu673cTAyJ pic.twitter.com/3NXrkTdt16

The new report put the shrinkage rate for glaciers at 18 percent faster than that calculated by another international study in 2013. It found that glaciers are contributing as much ice melt to sea level rise as the Greenland ice sheet and more than the Antarctic ice sheet, National Geographic reported. In the 1960s, when the study period began, glaciers would melt in summer and regain mass in winter. But beginning around the 1980s, they began to lose more in the summer than they regained in winter, and by the 1990s, almost every glacier they studied was losing more than it could recuperate. Only glaciers in southwest Asia are not losing mass because of regional climate factors, the Associated Press reported.

Today, glaciers lose about 335 billion tons of ice a year, the equivalent of one millimeter per year of sea level rise, according to a University of Zurich release.

“Globally, we lose about three times the ice volume stored in the entirety of the European Alps – every single year!” Zemp said.

Glaciers around the world have lost well over 9 trillion tonnes of ice since 1961, raising sea level by 27 mm. These worrying results have just been published in @nature in a study that combined glaciological field observations & satellite data.
ℹ https://t.co/jkYny4AthM pic.twitter.com/bRBCagfQtd

Glacier loss isn’t just a problem for coastal areas, however. It could also be destructive for the communities that depend on them for drinking water.

“In Peru, they really are like water towers,” Paul told National Geographic.

The study found that glaciers in Canada, the U.S., New Zealand and Europe could melt completely by 2100.

“Under current loss rates we are going to lose glaciers — basically all glaciers — in several mountain ranges,” Zemp told CNN.