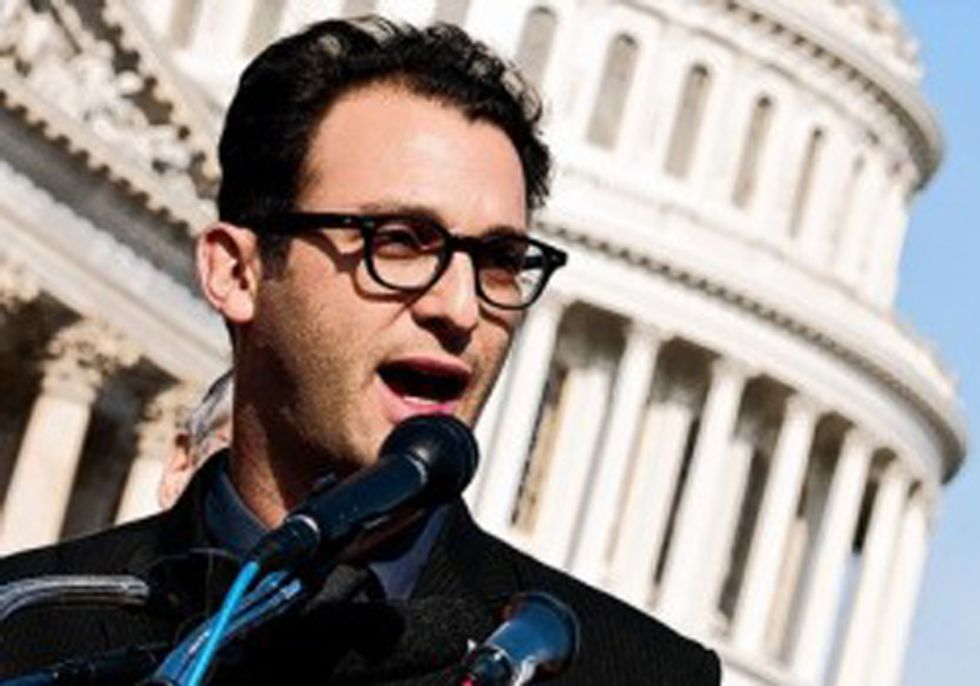 Watch Josh Fox after his arrest on the Ed Show:

I was arrested today for exercising my First Amendment rights to freedom of the press on Capitol Hill. I was not expecting to be arrested for practicing journalism. Today’s hearing in the House Energy and Environment subcommittee was called to examine EPAs findings that hydraulic fracturing fluids had contaminated groundwater in the town of Pavillion, Wyoming. I have a long history with the town of Pavillion and its residents who have maintained since 2008 that fracking has contaminated their water supply. I featured the stories of residents John Fenton, Louis Meeks and Jeff Locker in GASLAND and I have continued to document the catastrophic water contamination in Pavillion for the upcoming sequel GASLAND 2. It would seem that the Republican leadership was using this hearing to attack the three year Region 8 EPA investigation involving hundreds of samples and extensive water testing which ruled that Pavillion’s groundwater was a health hazard, contaminated by benzene at 50x the safe level and numerous other contaminants associated with gas drilling. Most importantly, EPA stated in this case that fracking was the likely cause.

As a filmmaker and journalist I have covered hundreds of public hearings, including Congressional hearings. It is my understanding that public speech is allowed to be filmed. Congress should be no exception. No one on Capitol Hill should regard themselves exempt from the Constitution. The First Amendment to the Constitution states explicitly “Congress shall make no law…that infringes on the Freedom of the Press”. Which means that no subcommittee rule or regulation should prohibit a respectful journalist or citizen from recording a public hearing.

This was an act of civil disobedience, yes done in an impromptu fashion, but at the moment when they told me to turn off the cameras, I could not. I know my rights and I felt it was imperative to exercise them.

When I was led out of the hearing room in handcuffs, John Boehner’s pledge of transparency in congress was taken out with me.

The people of Pavillion deserve better. The thousands across the US who have documented cases of water contamination in fracking areas deserve their own hearing on Capitol Hill. They deserve the chance to testify in before Congress. The truth that fracking contaminates groundwater is out, and no amount of intimidation tactics –either outright challenges to science or the arrest of journalists –will put the genie back in the bottle. Such a brazen attempt to discredit and silence the EPA, the citizens of Pavillion and documentary filmmaking will ultimately fail and it is an affront to the health and integrity of Americans.

Lastly, in defense of my profession, I will state that many many Americans get their news from independent documentaries. The Hill should immediately move to make hearings and meetings accessible to independent journalists and not further obstruct the truth from being reported in the vivid and in-depth manner that is only achievable through long-form documentary filmmaking.

I will be thinking on this event further and will post further thoughts and developments.

I have been charged with “unlawful entry” and my court date is February 15.