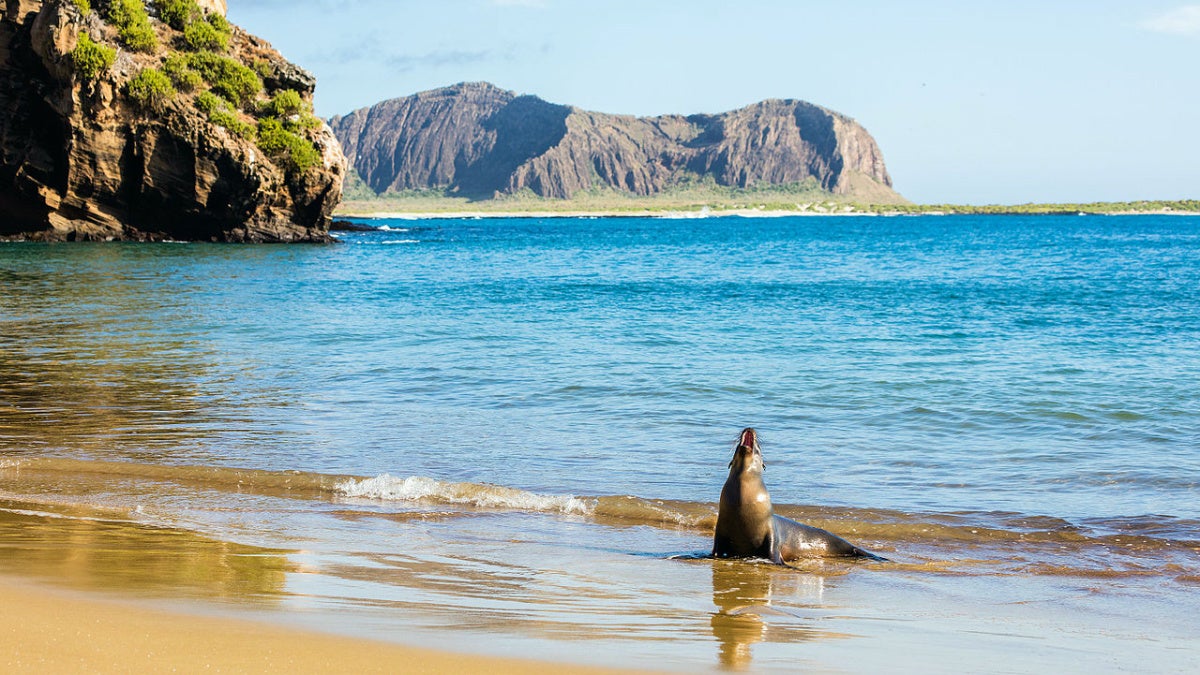 More than 260 Chinese fishing boats are just outside the protected waters of the Galapagos Islands. Diego Delso / Wikimedia Commons / CC by 4.0

Ecuador authorities are keeping tabs on a fleet of roughly 260 fishing boats near the Galapagos Islands, a UNESCO World Heritage Site. Ecuadorian boats are patrolling to try to stop the fishing boats from entering the area, according to Reuters.

The ships are just outside the perimeter of the 188-mile-wide economic zone. “This fleet’s size and aggressiveness against marine species is a big threat to the balance of species in the Galápagos,” Yolanda Kakabadse, former environment minister told The Guardian.

Chinese vessels travel to the region each year in search of marine species, including endangered hammerhead sharks.

“Unchecked Chinese fishing just on the edge of the protected zone is ruining Ecuador’s efforts to protect marine life in the Galápagos,” Roque Sevilla told The Guardian.

Sevilla, former mayor of Ecuador’s capital, Quito, was tasked with designing a “protection strategy” for the islands, which lie 563 miles west of the South American mainland. He said the first step would be diplomatic efforts requesting the withdrawal of the Chinese fishing fleet.

Past Chinese fleets have violated international boundaries to capture marine life. In 2017, a Chinese vessel was caught in the marine reserve with 300 metric tons of wildlife, mostly consisting of sharks, according to the BBC.

“We are on alert, [conducting] surveillance, patrolling to avoid an incident such as what happened in 2017,” Ecuadorean Defense Minister Oswaldo Jarrin told reporters, the BBC reported.

So far, the Chinese fishing boats have stayed in international waters, Reuters reported.

In a series of tweets, Ecuador’s president, Lenin Moreno, used #SOSGalapagos to draw attention to the boats surrounding the protected islands. He described the islands as “one of the richest fishing areas and a hotbed of life for the entire planet,” SkyNews reported.

BBC reported that Moreno plans to hold consultations with Colombia, Peru, Chile, Panama and Costa Rica in order to confront the threat.

Kakabadse told The Guardian that Ecuador will also try extending the economic zone to a 350-mile circumference around the islands in order to connect with the mainland’s economic zone, effectively closing off the international water corridor where the Chinese fleet is currently located.