Boat Carrying 600 Gallons of Oil Sinks off the Galápagos 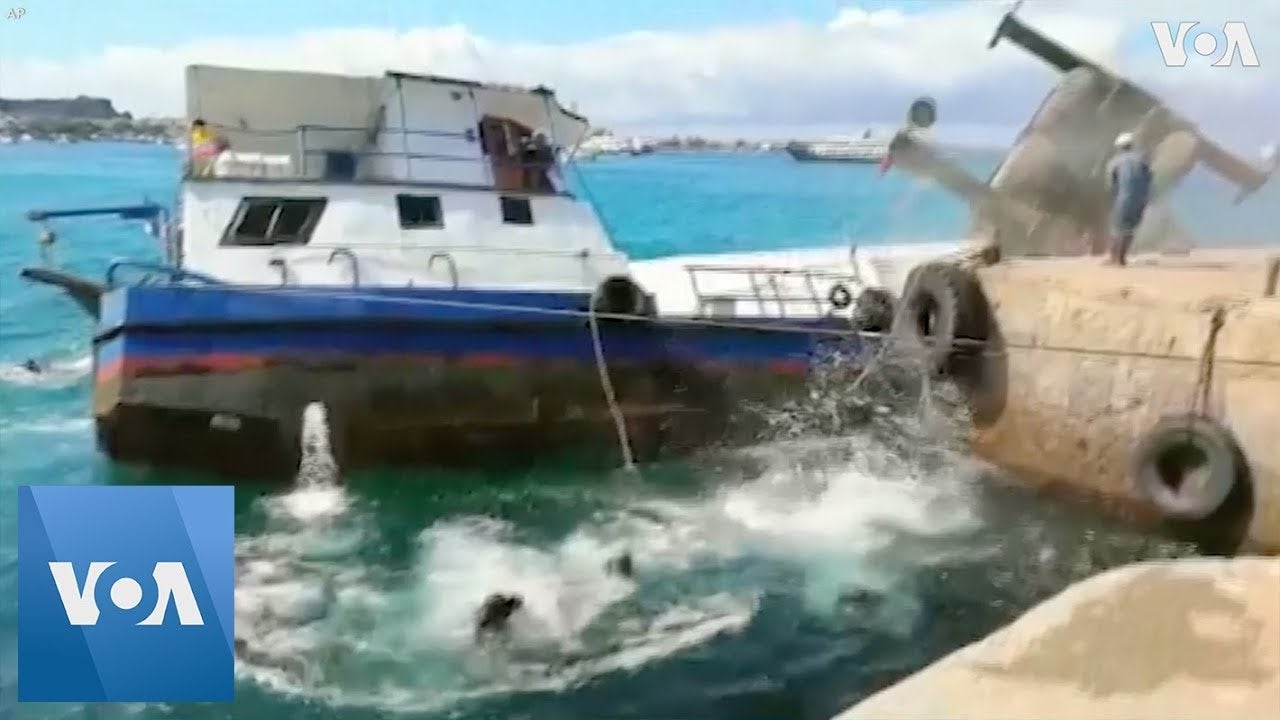 The oil spill occurred off San Cristóbal Island when workers were attempting to load a shipping container onto a barge called the Orca, The New York Times reported. A video shared on social media shows the container falling onto the boat, pulling the crane holding it with it and tipping the boat on its side as people dive off. One was injured, DW reported.

“The illegal and dangerous logistics operation carried out on the dock must be moved to another site,” conservation group SOS Galápagos tweeted Sunday. The group also warned the oil would reach a popular tourist beach, CBS News reported.

Authorities declared an emergency and began an investigation into the spill, The New York Times reported. Ecuador’s Ministry of the Environment shared pictures on social media of cleanup efforts undertaken by the Coast Guard and Galápagos National Park.

So far, these efforts have paid off. Ecuadorian President Lenín Moreno said on Twitter Monday that the spill was under control.

“Not a single species has been affected by the spill in San Cristóbal,” Ecuador’s Environment Minister Raul Ledesma said, DW reported Tuesday.

He said veterinarians had tested several iguanas and two sea lions near the spill site and found they had not been affected.

However, authorities are still worried about what could happen if they do not recover the oil tanks that sank.

“We are very concerned about the recovery work of the tanks because there could be a potential spill if it is not done efficiently and swiftly,” Ledesma said.

The Galápagos are home to unique species not found anywhere else on the planet, according to CNN. The islands’ unique wildlife and ecosystems helped Charles Darwin develop his theory of evolution, and the chain is now a UNESCO World Heritage site.

In 2001, a much worse oil spill poured 150,000 gallons of fuel into the water when a tanker hit a reef off San Cristóbal. While most of the oil was blown out to sea, the population of marine iguanas fell from 25,000 to 10,000 on the island of Santa Fe after the spill, The New York Times reported.

Oil spills aren’t the only way that fossil fuels threaten the Galápagos: UNESCO says their reefs are extremely vulnerable to the climate crisis.