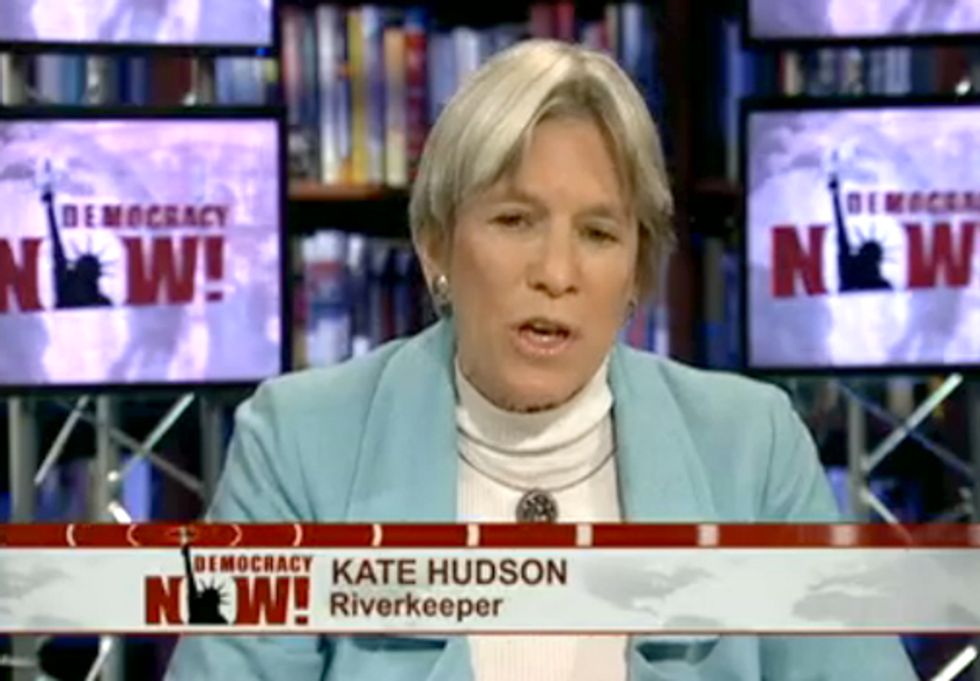 The controversial use of hydraulic fracturing, or "fracking," that is behind the country's natural gas boom has come under scrutiny in the new Hollywood drama, Promised Land, and met stiff resistance in New York state, where a four-year moratorium against the process could soon expire.

The discussion includes: Kate Hudson, watershed program director at Riverkeeper—New York's Clean Water Advocate; Phelim McAleer, a filmmaker who produced a pro-fracking documentary called FrackNation; Daniel Simmons, Director of State of Regulatory Affairs at the Institute for Energy Research; and Mayor Matt Ryan of Binghamton, New York, who is a former professor of environmental law and outspoken opponent of fracking.

Fracking injects millions of gallons of water, sand and chemicals deep into the earth in order to break up shale rock and release natural gas. Supporters say fracking is essential to U.S. energy independence, a way to revitalize depressed rural areas with new mining jobs and gas projects. But opponents warn that hundreds of millions of gallons of chemically treated water used in the process will pollute drinking water supplies and contaminate agricultural fields.

New research by the National Oceanic and Atmospheric Administration and the University of Colorado say methane—a potent greenhouse gas—may be escaping from gas sites at much higher rates than previously thought. To dive into this firestorm of debate, Democracy Now! hosted a debate with two supporters of fracking and two opponents.

The controversial use of fracking that's behind the country's natural gas boom has met stiff resistance in New York State, where there is a moratorium against the process—but that moratorium could soon expire. New York Governor Andrew Cuomo has until Feb. 27 to make a decision. He has previously promised not to lift the state moratorium until research proves that fracking can be done safely. Thousands are expected to protest on Wednesday, Jan. 9 at Cuomo's state of the state address, calling on him to keep the moratorium in place. That's in part because the areas where fracking would occur could impact the water supply for the millions of people living in New York City. Now a leaked analysis by the state's Health Department concludes the much debated drilling technology could be conducted safely.