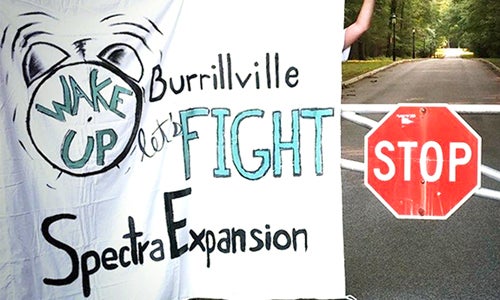 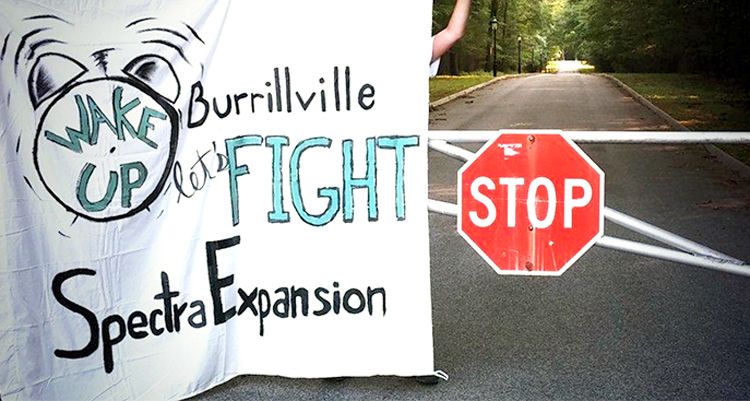 When Rhode Island Gov. Gina Raimondo signed on to the Governors’ Accord for a New Energy Future in February, she touted the state’s investment in renewable energy and green jobs. And, she made clear this was just a start: “More work remains and this accord acknowledges the challenges we face and our commitment to addressing them.”

Indeed, more work remains for the governor to provide climate leadership for Rhode Island and the nation. At the very top of the list should be rescinding her support for a controversial fracked gas project in the town of Burrillville.

The community has been fighting the euphemistically-named Invenergy “Clear River” power plant facility and now national advocacy groups have joined the call. We’ve sent a letter to the governor telling her that not only would the proposed plan exacerbate the negative health impacts these gas projects have already had on local residents, it would also release massive amounts of methane, a potent greenhouse gas and lock us into several more decades of fossil fuel infrastructure.

Welcoming the Clean River Energy Center would be a dirty deal for the governor, Burrillville residents and the planet. Methane leaks from every stage of the natural gas system—from well sites to processing plants and compressor stations to beneath city streets. When it comes to the relative impacts on our climate, methane leaks make natural gas about as bad as coal when used for generating electricity. And natural gas is about as bad as oil when used to fuel cars, trucks, industrial boilers and residential furnaces. More gas infrastructure means decades of more fracking and that will only fuel the ongoing climate crisis.

Supporting this infrastructure is a step in the wrong direction on climate leadership.

The local impacts are terrible as well. Burrillville is already inundated with the toxins and noise that come from gas infrastructure. The town is home to two interstate gas pipelines, two compressor stations and another natural gas-fired power plant. The residents of Burrillville have not consented to Invenergy’s proposed fracked-gas plant, nor have the Nipmuc people, whose traditional territory would be site of the proposed plant.

Compressor stations discharge air and climate pollutants. Each year, compressor stations emit between 12 and 50 tons of volatile organic compounds, 51 to 99 tons of nitrogen oxides, 1.5 to 6.1 tons of particulate matter and up to 1.9 tons of sulfur dioxides—all associated with negative health impacts.

The intense local opposition to fossil fuel extraction and pollution has been led by The FANG (Fighting Against Natural Gas) Collective and BASE (Burrillville Against Spectra Expansion). Working with other groups across Rhode Island, they have appealed to elected officials to stop the Clear River power plant from going forward. It’s time for Gov. Raimondo to rise up and show bold climate leadership. It’s time to pull the plug on the project.

Unfortunately, for now, Gov. Raimondo seems to want to have it both ways. She is cheering on the state’s commitment to renewable energy while expressing support for a massive new dirty gas power plant. But public attitudes on fracking and climate change are rapidly shifting as the science has made clear we must act quickly to avoid the most catastrophic effects of global warming. A majority of Americans now oppose fracking and an even greater percentage of Democrats are demanding bold action on climate. And some elected officials, like Gov. Cuomo, who banned fracking in New York and has rejected several fracked gas infrastructure projects, are responding to the science. Gov. Raimondo has a decision to make: she can show bold climate leadership by rejecting this gas power plant or she can approve the Invenergy project, further locking Rhode Island into fossil fuel dependence.

On July 24, thousands from around the region will converge in Philadelphia on the eve of the Democratic National Convention to call on elected officials to ban fracking and related infrastructure and quickly and justly transition to a 100 percent renewable energy future.

Gov. Raimondo’s decision will not only determine the fate of the project. It will also determine whether she is a leader in this revolution or a follower on the same old dirty path.

The True Cost of Fracking