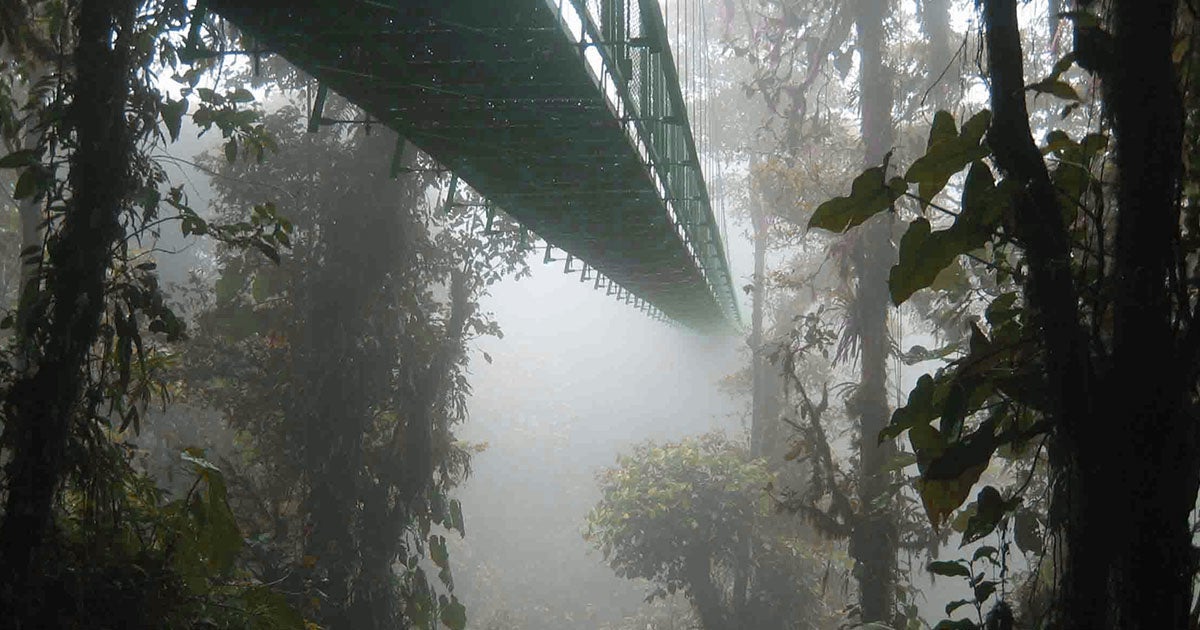 A tropical rainforest in Costa Rica. DirkvdM / CC BY 1.0

“Avoiding forest carbon emissions is just as urgent as halting fossil fuel use.” That’s the message contained in a statement written by 40 scientists from five different countries urging the Intergovernmental Panel on Climate Change (IPCC) to consider preserving and regrowing forests as an important part of limiting global warming to 1.5° Celsius above pre-industrial levels, The Guardian reported.

The IPCC is expected to release a report Monday on how the 1.5 goal can be achieved by emphasizing technologies designed to suck carbon out of the atmosphere, BBC News reported. One of those technologies, bioenergy with carbon capture and storage (Beccs), involves growing carbon-sucking plants, burning them for energy and burying the resulting carbon underground. But the statement’s signatories worry that such a strategy is unproven and would require land that is better preserved as forest.

“It breaks my heart to think we’d lose half our tropical forests for plantations just to save ourselves,” statement signatory Deborah Lawrence of the University of Virginia told The Guardian. “It’s horrifying that we’d lose our biodiversity to avert climate change. Losing tropical forests is not somehow cheaper than putting up wind farms in the U.S. or Sahara.”

Instead, the letter writers emphasized the carbon capture role forests already play. “While high-tech carbon dioxide removal solutions are under development, the ‘natural technology’ of forests is currently the only proven means of removing and storing atmospheric CO2 at a scale that can meaningfully contribute to achieving carbon balance,” they wrote.

The letter went on to highlight five “overlooked” reasons why preserving and regrowing forests is an important part of fighting climate change:

“In responding to the IPCC report, our message as scientists is simple: Our planet’s future climate is inextricably tied to the future of its forests,” the letter concluded.

Lawrence told The Guardian that deforestation has been stalled in the Amazon but has continued in other tropical regions.

“We will have a hotter, drier world without these forests,” Lawrence said. “There needs to be an international price on carbon to fund the protection of forests. And countries with tropical forests should maintain large chunks of forests to stabilize rainfall for agriculture and keep a predictable regional climate.”

One million trees have been pledged to the “Trump Forest” to offset the president’s anti-climate agenda. https://t.co/eRMwWKrRtP