9 Foods That Can Trigger a Migraine 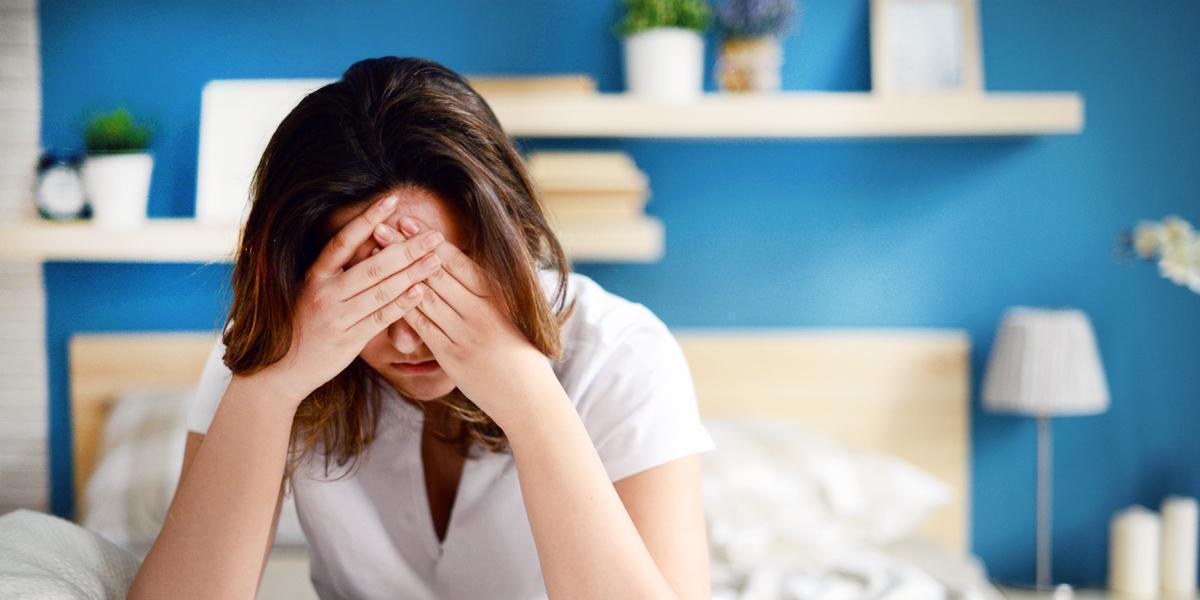 Migraines affect up to 15 percent of adults worldwide (1).

They differ from an average headache in severity and symptoms and can greatly reduce the quality of life of people who suffer from them.

Despite decades of research, the exact cause of migraines is still unknown.

It is clear that diet won’t cause a person to start experiencing migraines.

However, for the people who do suffer from migraines, diet is one of several factors that may trigger one.

This is a list of the foods most commonly reported as migraine triggers.

Cheese is often identified as a migraine trigger.

Researchers have hypothesized that this is because aged cheeses contain high levels of tyramine, an amino acid that can affect blood vessels and trigger a headache (1).

Other foods high in tyramine include those that are aged, cured, dried, smoked or pickled, including cheddar cheese, Swiss cheese, salami, sauerkraut and tofu.

High-quality studies are needed to confirm this link, though it’s estimated that approximately 5 percent of people who suffer from migraines are sensitive to tyramine (3).

If you feel your migraines are triggered by hard cheeses, this may be the reason why.

Summary: Aged cheeses and other foods high in tyramine are often considered migraine triggers. The evidence is mixed, but there may be a link.

It has been suggested that either phenylethylamine or flavonoids, two substances found in chocolate, may be the reason why (3, 4).

However, the evidence is conflicting.

A few studies have found chocolate can provoke migraines in sensitive people (5, 6).

For example, one small study in migraine sufferers found that 5 of 12 participants got migraine attacks within one day of eating chocolate (5).

Interestingly, none of them got an attack after ingesting the placebo.

Nevertheless, many other studies have not found a link between chocolate consumption and migraines (7, 8, 9).

Summary: Chocolate is one of the most commonly reported migraine triggers. This may be related to some of the plant compounds found in chocolate.

Cured or processed meats, such as hot dogs or some lunch meats, contain preservatives known as nitrates or nitrites.

In fact, in the 1970s when people first reported headaches after consuming nitrites, they were often referred to as “hot dog headaches” (1).

Nitrites may provoke migraines by causing the expansion of blood vessels.

However, further research is needed to say how relevant this is for migraine sufferers (3).

This may be because high levels of certain fats in the blood lead to the production of prostaglandins.

Prostaglandins can cause your blood vessels to dilate, potentially leading to migraines and increased pain (10).

One study on this association found that at the beginning of the study, participants eating a high-fat diet containing more than 69 grams of fat daily had nearly twice as many headaches at those who ate less fat (10).

They also found that after reducing their fat intake, the participants’ headache frequency and intensity decreased. Nearly 95 percent of the participants reported a 40 percent improvement in their headaches (10).

Another study on a low-fat vegan diet found similar results, with reductions in headache pain and frequency (11).

However, in both studies, other factors besides fat intake were changed, such as weight loss or excluding animal products.

Therefore, it’s not possible to say for sure that lowering fat intake alone was responsible for the improvements.

Summary: Eating a diet high in fat may increase the frequency of migraines. Consequently, lowering fat intake has been shown to improve migraine intensity and frequency.

Monosodium glutamate (MSG) is a controversial flavor enhancer added to some Chinese and processed foods to enhance their savory taste (1).

Reports of headaches in response to consuming MSG have been prevalent for several decades.

But evidence of this effect is controversial and no well-designed studies have shown a link between MSG intake and migraines (1, 12).

Alternatively, these foods’ typically high fat or salt contents could be to blame.

Nevertheless, MSG continues to be frequently reported as a headache and migraine trigger.

Summary: Monosodium glutamate, which is present in many Chinese and processed foods, is often reported to provoke headaches.

But interestingly, some evidence suggests that it can indirectly provoke migraines.

A “caffeine withdrawal headache” is a well-known phenomenon in which a headache occurs as the effects of caffeine wear off.

This happens when blood vessels start to expand again after contracting in response to caffeine consumption (3).

This effect could trigger migraines in those who are susceptible.

However, caffeine withdrawal seems to more commonly cause the average, non-migraine headache (1).

Summary: Caffeine may indirectly trigger headaches via withdrawal effects. This happens when the effects of caffeine wear off and certain blood vessels expand.

Aspartame is a type of artificial sweetener that is frequently added to foods and beverages to make them taste sweet without adding sugar.

Some people complain that they develop a headache after consuming aspartame, but most studies have shown either a minimal or nonexistent effect (13, 14).

A few small studies have investigated whether aspartame negatively affects people who suffer from migraines.

Unfortunately, the studies were either small or had design flaws, but they did find that aspartame affected headaches in some migraine sufferers.

One of these studies found that more than half of 11 participants experienced increased migraine frequency after consuming large amounts of aspartame (15).

Therefore, it’s possible that a portion of migraine sufferers may be sensitive to aspartame.

Summary: Aspartame is a common artificial sweetener that may increase migraine frequency in some people.

Alcoholic drinks are one of the oldest-known triggers for headaches and migraines alike. Unfortunately, the reason why is not so clear.

People who get migraines tend to drink less alcohol than people who don’t get migraines and they seem more likely than others to experience migraine symptoms as part of a hangover (16).

However, alcohol itself may not be to blame.

People often point to red wine, rather than alcohol in general, as a migraine trigger.

Evidence seems to support the idea that compounds specifically present in red wine, such as histamine, sulfites or flavonoids, could trigger headaches (4, 17).

As evidence, one study found that drinking red wine, but not vodka, provoked headaches (18).

However, the exact cause of this is still unknown.

Regardless, it’s estimated that alcoholic drinks can trigger migraines in approximately 10 percent of people who get migraines.

While there isn’t a need for most migraine sufferers to avoid alcohol completely, those who are susceptible should limit their consumption (4).

Summary: Alcoholic drinks are one of the most well-known migraine triggers. However, alcohol is not a problem for everyone who gets migraines and the reason why is unclear.

Most people have heard of the “ice cream” headaches that cold or frozen foods and beverages can trigger.

However, these foods and beverages may also provoke migraines in susceptible people.

One study asked participants to hold an ice cube between their tongues and the roofs of their mouths for 90 seconds in order to study cold-induced headaches (19).

They found that this test triggered headaches in 74 percent of the 76 migraine sufferers who participated. On the other hand, it triggered pain in only 32 percent of those who suffered from non-migraine headaches (19).

Another study found that women who had experienced a migraine within the previous year were twice as likely to develop a headache after drinking ice-cold water, compared to women who never suffered from migraines (20).

Therefore, migraine sufferers who notice that their headaches are triggered by cold foods may want to avoid ice-cold or frozen foods and drinks, including frozen yogurt, ice cream or slushies.

Summary: People who suffer from migraines may be more likely to experience a cold-induced headache than the average person. Therefore, it may be a good idea to avoid very cold foods and drinks.

Although diet will not cause someone to start getting migraines, it is one of many factors that can trigger a migraine in someone who frequently experiences them.

Therefore, migraine sufferers who have dietary triggers may find relief by avoiding any foods they are sensitive to.

The best way to identify if certain foods trigger migraines for you is to create a food and symptom diary and check to see if any patterns emerge.

Additionally, make sure to pay particular attention to the foods and drinks in the list above.

Limiting common food triggers is a good place to start reducing the frequency and severity of your migraines.