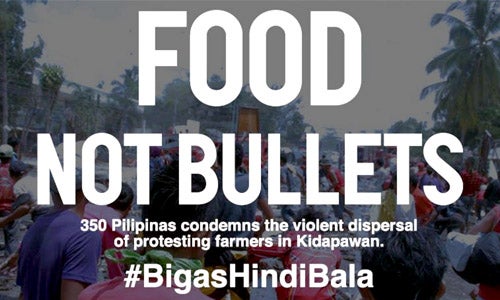 On the morning of April 1 police forces opened fire at some 5,000 farmers and indigenous Lumad demanding relief and subsidies for farm communities who have been intensely affected by the El Niño dry spell in Kidapawan City in the Philippines. 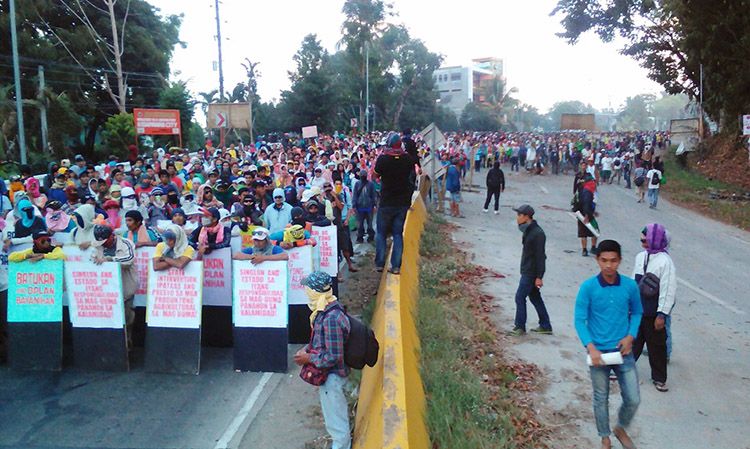 Some 5,000 farmers and tribal people have blocked a major highway in the southern Philippine province of Cotabato in a standoff to demand food and immediate relief from the effects of drought brought about by the El Nino phenomenon. Photo credit: Pinoy Weekly

350 Pilipinas condemns the violent dispersal of protesting farmers, which has resulted in the death of three and 87 missing, by the combined forces of the police and army in Kidapawan province of North Cotabato.

Around 5,000 farmers and indigenous peoples held a human barricade at the local National Food Authority (NFA) since March 30 to demand the immediate release of 15,000 sacks of rice to alleviate hunger brought about by crop failures due to three long months of drought. 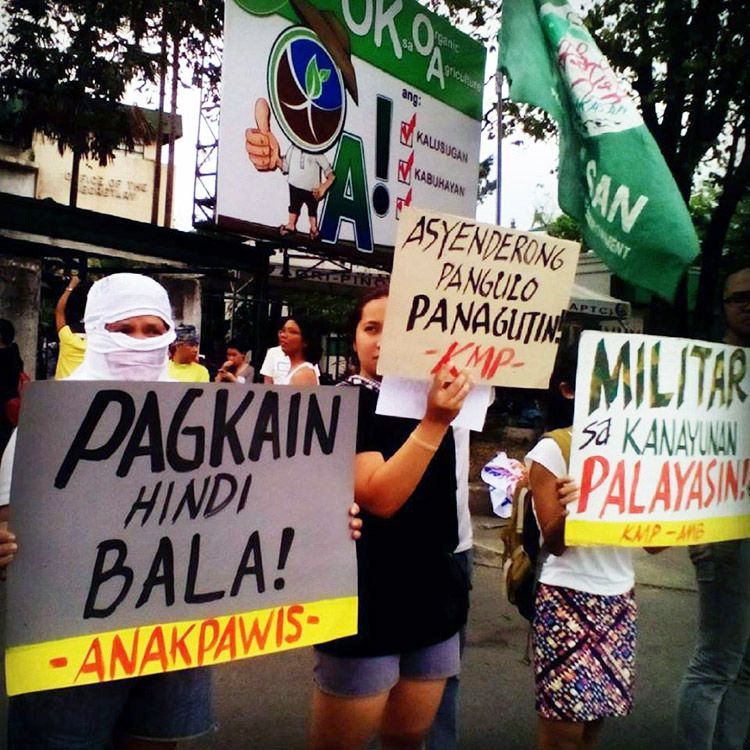 Bagong Alyansang Makabayan (BAYAN) together with the peasant party-list group Anakpawis and other sectoral organizations staged an indignation protest in front of the National Office of the Department of Agriculture in Quezon City to condemn the violent dispersal holding the Aquino administration accountable for this heinous crime. Photo credit: Leon Dulce

Gov. Emmylou Mendoza refused to engage the protesters in a dialogue because prior notice and appointment from the farmers were not made. Instead of heeding the legitimate calls of the starving farmers, protesters faced a hail of bullets from the armed police and soldiers. After the bloody dispersal, thousands of farmers seeking refuge at the United Methodist Church were then surrounded by police forces. 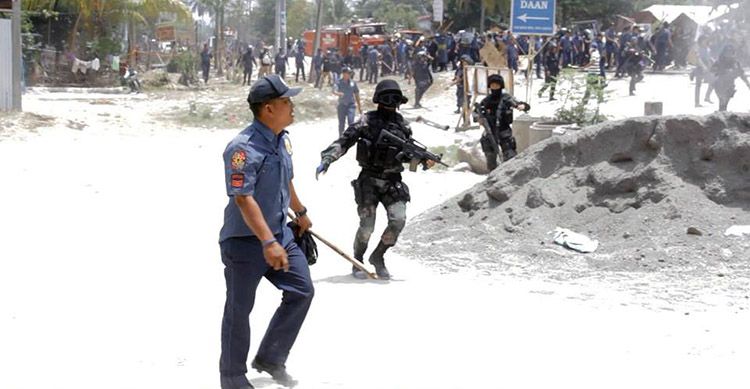 The conditions that prompted the 3-day blockade gives us a glimpse of what’s ahead if decisive and just actions in addressing climate change, remains in the periphery. The blockade was warranted by the lack of government support for rural communities experiencing the brunt of the prolonged dry spell caused by the El Niño, which as of February, has affected 237,000 hectares of agricultural land. It is interesting to note that the dry spell coincides with the recent scientific findings that this February was the hottest in recorded history. We know that climate change is having an intensifying effect on this El Niño. There is also emerging research that shows climate change is likely to increase the frequency of severe El Niño.

The government’s policy of systematic land grabbing combined with the intensified El Niño pushed our farmers and indigenous peoples to heighten their struggles with sweat and blood in defense of their right to land and life. Our farmers—the country’s food producers—are battered the hardest and are left in poverty and hunger. Civil disobedience will continue to escalate until the government stops playing deaf and blind to the genuine cry of the people.

Hunger, unrest and the climate crisis—this is why decisive action and climate justice are imperative.

People are flooding social media with #BigasHindiBala (food not bullets) in outrage and as a sign of solidarity to the farmers.