Florida Schools’ Food Waste Program: A Win-Win to Fight Hunger and Save the Environment 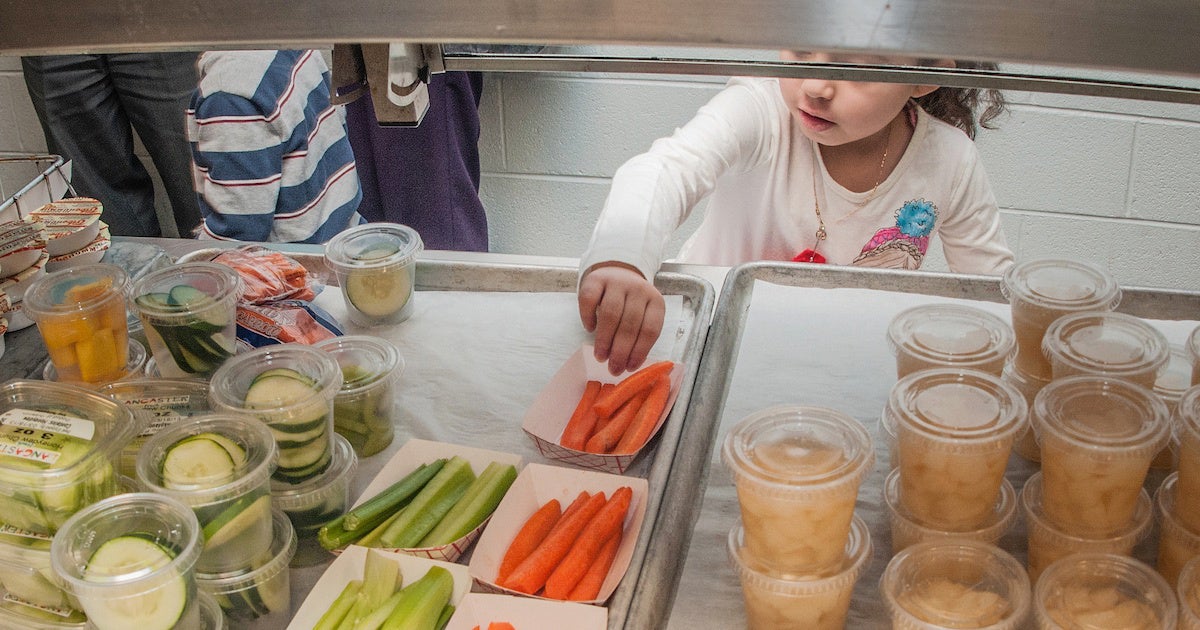 You’ve probably heard the unsettling stories of school cafeteria workers throwing away students’ lunches over unpaid lunch bills, but schools in Orange County, Florida have come up with a genius solution to not only help feed hungry students and their communities, but to also cut down on food waste.

For the past two years, about 20 public elementary schools in the Florida county have been using “share tables” to great effect, the Orlando Sentinel reported. The program allows kids to place their unwanted food on designated tables so others can eat them. This means the food doesn’t have to be thrown out. Instead, fellow students who are still hungry can just grab the food themselves off the tables.

At the end of the day, any food that remains on the tables is given to students from low-income families that struggle to make ends meet or is donated to local churches for distribution to the homeless, according to the publication.

“Without this program, that would literally go in the dumpsters,” Pastor Stan Reinemund of Redeemer Lutheran Church told the Orlando Sentinel.

The share tables initiative also solves an inherent problem with the size of public school lunches. Under the federal school lunch program, there’s a standard serving size for meal. Effectively, a younger student is served just as much food as an older student. But with the share tables, for instance, a kindergartener could just place his unwanted pack of apple slices on the table so a growing fifth grader can eat it later.

The other benefit of the effort? School officials also report that the students are causing less of a mess because there are fewer leftovers.

In a June 2016 memo, the U.S. Department of Agriculture endorsed “share tables” as an “innovative strategy” to reduce food waste for national school meal programs.

Food waste is a major problem in the U.S., with roughly 40 percent of food produced thrown away. Research has shown that food wasted by children is similar to the rest of the U.S. population. One study found that many children are throwing their required fruits and vegetables directly into the trash. This food waste problem is both expensive and a detriment of our environment, as food production sucks up an incredible amount of our planet’s resources and uneaten food clogs up landfills and releases planet-harming greenhouse gases.