Fishing With Insecticide-Laced Mosquito Nets Is a Global Phenomenon 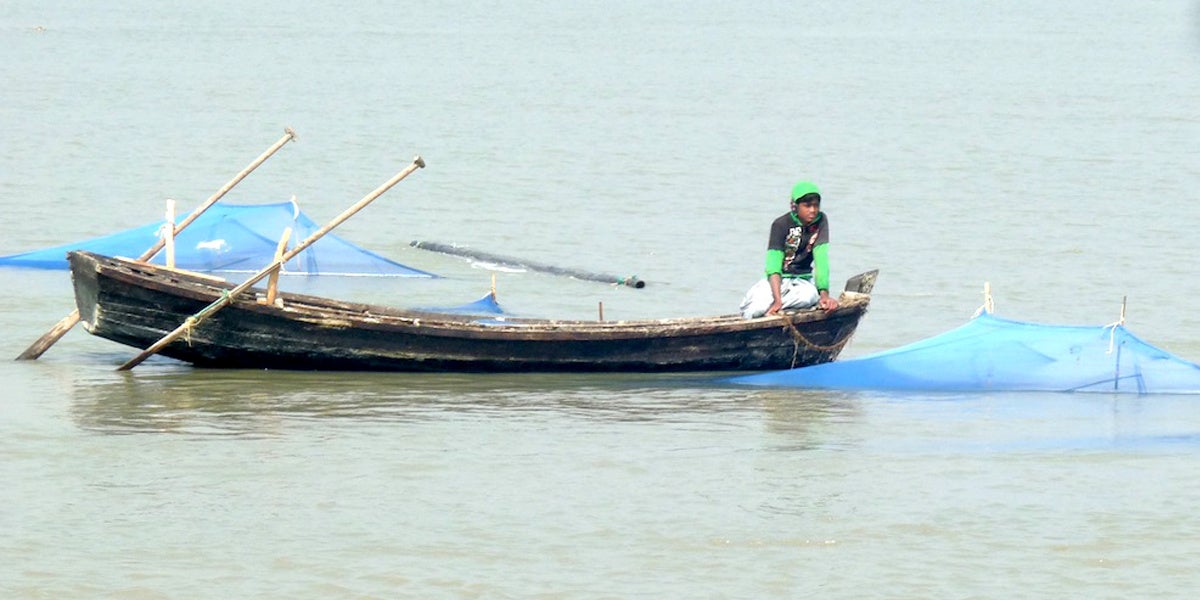 Fishermen in the Dili district of Timor-Leste have found an extra perk of the insecticide added to their mosquito bed nets: the chemicals act as a Taser for shrimp. The bed nets are supposed to ward off malaria, but, with a few strong branches and some twine, it’s easy to refashion them into fishing nets that immobilize small shrimp or fish with toxins and ensnare them in the mesh.

The fishermen of Dili aren’t the only ones to come up with this idea, either. People in developing countries around the world are repurposing mosquito nets to catch fish, according to a new study, and the practice could have significant environmental and socioeconomic implications. 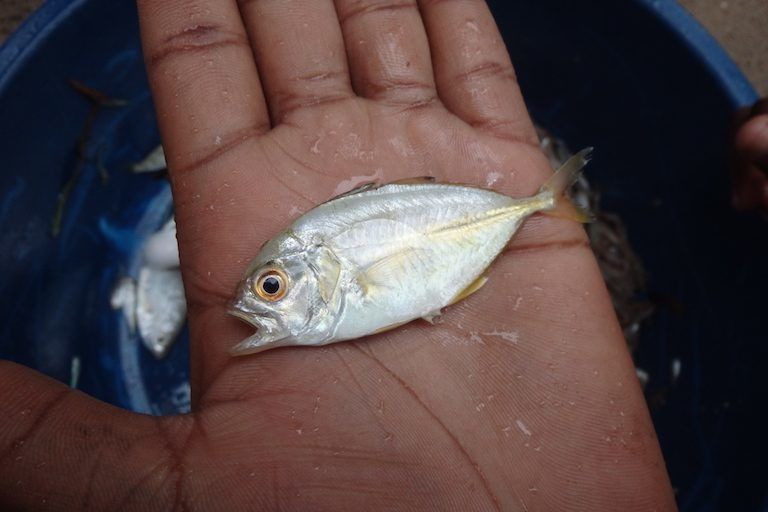 A juvenile trevally caught in a mosquito net in coastal Mozambique. Trevally are a group of species that are commercially important in the region.Rebecca Short

None of this was too surprising to Rebecca Short, a researcher with the Zoological Society of London and lead author of the new study. Short first witnessed the practice in a beach town in Mozambique, where she watched two women use mosquito nets to scoop small sea creatures out of the surf.

Later during the trip, Short realized just how widespread the phenomenon might be. Women were lined up side-by-side along a remote sand flat, straining the water for tiny fish. “It was just a sea of blue nets and women fishing,” Short said. “It was like, yep, okay, this is not a small issue.”

In regions of the world threatened by malaria, bed nets treated with insecticides are an increasingly common public health tool, and the results have been promising. By some estimates, half of the world’s population at risk of contracting the mosquito-borne parasite that causes malaria was sleeping under a bed net by 2013, up from 2 percent a decade earlier, and the World Health Organization has documented a sharp drop in global malaria cases.

But there is growing anecdotal evidence that the nets, often provided for free or at a subsidized price by hospitals and aid organizations, are being put to other uses, including fishing. 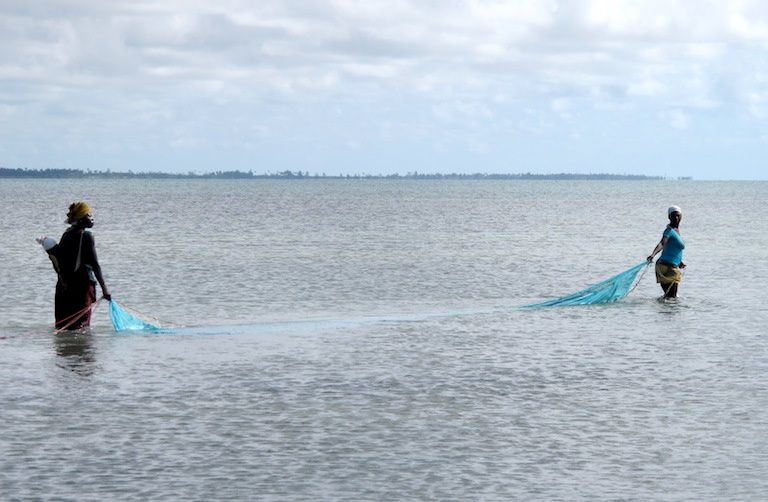 After her experiences in Mozambique, Short set out to see just how widespread this practice might be. “There’s an awful lot of piecemeal evidence out there of this happening in a lot of different places,” she said. “But the general consensus was to not really worry about it, that it was happening in isolated places.”

Short and her colleagues created an online survey that elicited responses from more than 100 people working in conservation, public health and fisheries management around the globe. What they found overturns the conventional thinking. From Honduras to the Philippines, the respondents reported communities using mosquito nets to fish. The study was published on Jan. 31 in the journal PLOS ONE. “We’ve kind of dispelled that it’s just happening in inland waters in a couple of places in Africa,” Short said.

Two-thirds of the observations were in marine environments, rather than freshwater. And while most cases were still concentrated in East Africa, there were reports from as far away as Nepal, American Samoa and Ecuador.

Emma Bush, a Ph.D. candidate at the University of Stirling in Scotland, said many of these findings seem obvious in hindsight. In 2013, when she began studying mosquito net fishing among the Giriama people of Kenya’s Mida Creek, little was known about how prevalent the practice might be. To get global health and conservation organizations to pay attention, evidence was needed.

“It was too easy for alternative mosquito net use to be dismissed as a trivial issue,” Bush wrote in an email. “This study is significant because it formalizes our knowledge about mosquito net fishing and provides critical evidence that it is a global issue needing further attention.” 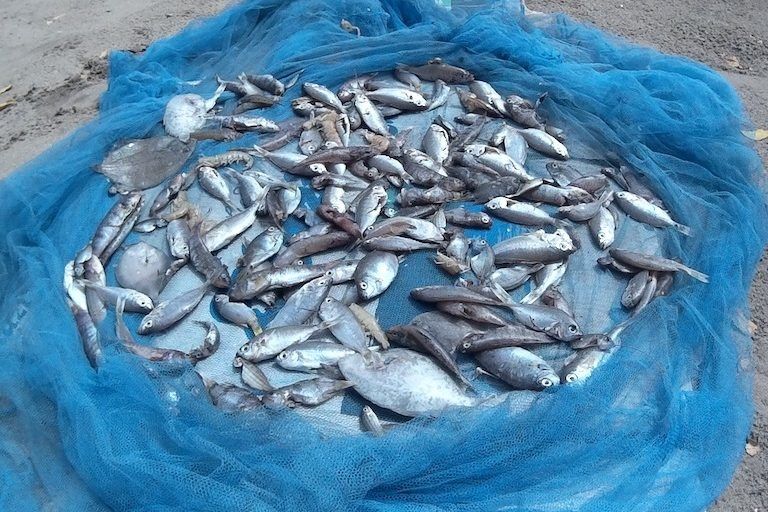 Some conservationists and natural resource management officials have warned that the insecticides in the nets could contaminate the ecosystem and harm people who eat the fish, and that the practice could be damaging fish stocks. The nets’ small mesh size snares juvenile fish en masse before they can reproduce, while indiscriminately scooping up all sorts of aquatic life. The widespread availability of mosquito nets also increases the number of people plying the water for food and, potentially, the overall pressure on fish stocks.

For these reasons, fisheries management officials have warned against the practice across Africa. In many places, fishing with a mosquito net is now illegal. And it’s not just scientists and government officials who are concerned. Fights have broken out between established fishermen and newcomers with mosquito nets, who are viewed as a threat.

The potential ecological harm of mosquito net fishing is a legitimate concern, Short said, but she believes more study is needed and remains neutral on whether the practice is, on the whole, good or bad. “It’s hugely in debate,” she said. “There are very positive short-term impacts for the more vulnerable fishers.” In many places, mosquito nets offer perhaps the cheapest, easiest way to start fishing, she said, opening a door for people who might have no other means to improve their diets and incomes.

Context also is critical, she said. In parts of Mozambique, for example, it’s women who do most of the mosquito net fishing to feed their families, Short said. While they might sell some of the extra fish they catch within their village, theirs isn’t a commercial operation. But elsewhere the practice is larger in scale and dominated by men. In Madagascar, for example, participants in Short’s study reported that fishers were catching large hauls of fish using mosquito nets and selling them to animal-feed companies. 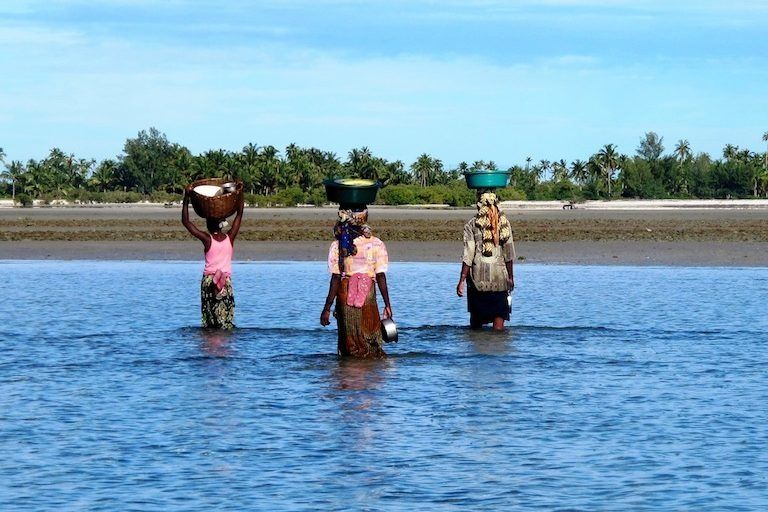 Women who fish with mosquito nets in coastal Mozambique call the technique “kutanda,” which means “to drag” and was formerly done with cloth. Rebecca Short

Some researchers argue there might even be ecological value in mosquito net fishing. Jeppe Kolding, an ecologist at the University of Bergen in Norway, is a proponent of the controversial “balanced harvest” approach to fisheries management, in which fishers catch a wide range of ages and species, rather than just targeting large, healthy adults. Mosquito nets capture the smallest fish in the food chain, which are plentiful, easy to dry and transport, and nutritious because they are eaten whole. “It’s almost like instant noodles. They dissolve in hot water,” he said. 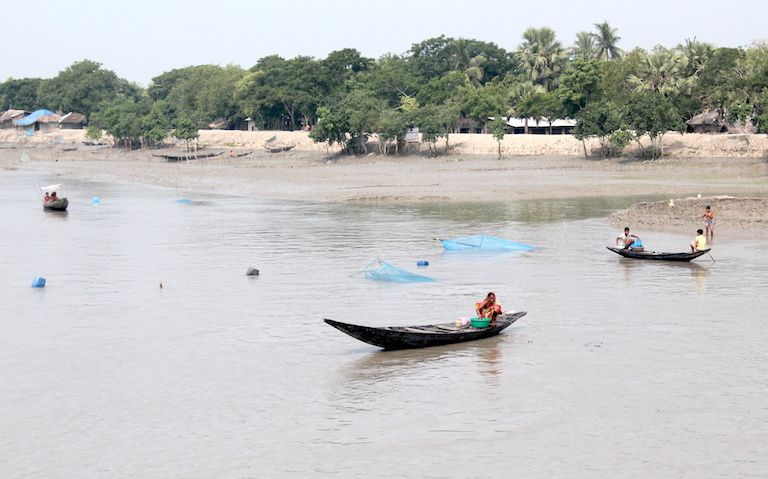 Communities in the Sundarbans forest of coastal Bangladesh use mosquito nets to sieve fish from the muddy waters. Bangladesh was one of several Asian nations, including Nepal and the Philippines, that turned up reports of mosquito net fishing in a recent study. Nadia Richman

For Short, one thing is clear: more research on mosquito net fishing is needed. “It appears to be increasing at an alarming rate, so we need to get a handle on it,” she said.