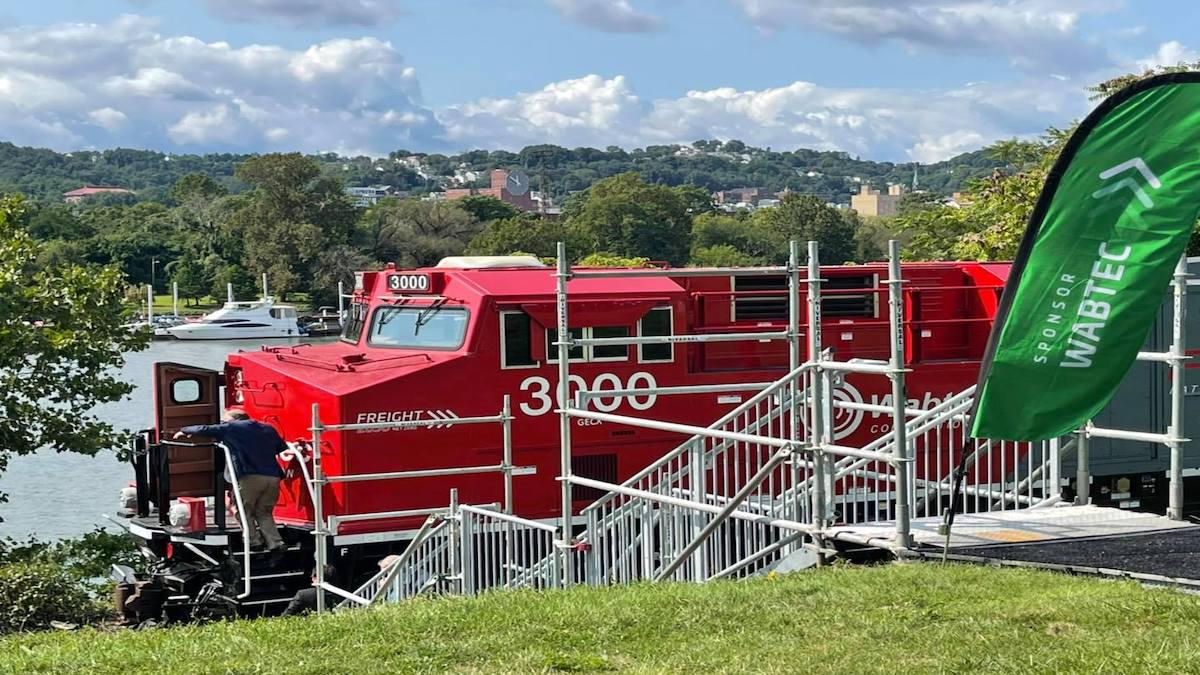 The world’s first ever battery-electric freight train was unveiled in Pittsburgh on Friday.

The train, known as the FLXdrive battery-electric locomotive, was built by rail-freight company Wabtec and showcased at Carnegie Mellon University as part of a bid by the two organizations to decarbonize rail freight transport in the U.S., The Guardian reported.

“A bolder, cleaner, more efficient transportation system is in our grasp,” Wabtec chief executive Raphael Santana said, as The Guardian reported. “This is just the beginning.”

In addition to partnering with Carnegie Mellon on this venture, Wabtec is also working with fellow freight company Genesee & Wyoming, according to Railway Age.

“This partnership with Carnegie Mellon University and Genesee & Wyoming further strengthens our efforts to decarbonize global rail transportation and will significantly increase freight rail utilization, efficiency, and safety throughout the rail network,” Santana told Railway Age. “The transportation sector is at a critical inflection point. With technologies providing increased battery and hydrogen power capacity, we have the potential to eliminate up to 120 million tons of greenhouse gas emissions per year in North America.”

The train completed a successful trial run in California earlier this year, traveling for three months and 13,000 miles between Barstow and Stockton and reducing fuel consumption for the journey by more than 11 percent.

“Which is the equivalent of removing over 6,200 gallons of diesel fuel and slashing nearly 70 tons of carbon emissions,” Santana told 90.5 WESA.

However, Wabtec has plans to go further. The next model, which should be ready within two years, will be able to cut diesel fuel consumption by nearly a third, The Guardian reported. Eventually, the company wants to build a zero-emission train using hydrogen fuel cells, and believes it could cut greenhouse gas emissions by 300 million tons a year if used worldwide and 120 million in the U.S. alone.

The ground transportation of goods is an important source of greenhouse gas emissions. Currently, businesses prefer to use trucks over trains, which only move seven percent of the world’s freight. In the U.S., medium and heavy-duty trucks contribute about a quarter of transportation emissions. The railway industry hopes that by reducing the use of diesel fuel for trains, it can position itself as a climate-friendly alternative.

“If we decarbonize all of the locomotives and decrease the number of trucks, we will get to where we need to be,” Eric Gebhardt, Wabtec’s chief technology officer, told The Guardian.

This is something U.S. politicians are actively working to promote. Also speaking at Friday’s event were Sen. Bob Casey (D-Pa.) and Rep. Conor Lamb (D-Pa.-17), who have each introduced a bill to create a Freight Rail Innovation Institute to award a $600-million, five-year grant to projects like Wabtec’s, as Railway Age reported.

Casey told 90.5 WESA that the bill was one of many ways to combat the climate crisis.

“If you haven’t taken action by a certain date, the impact of climate change becomes substantially irreversible. That’s what we have to be most concerned about,” he said.