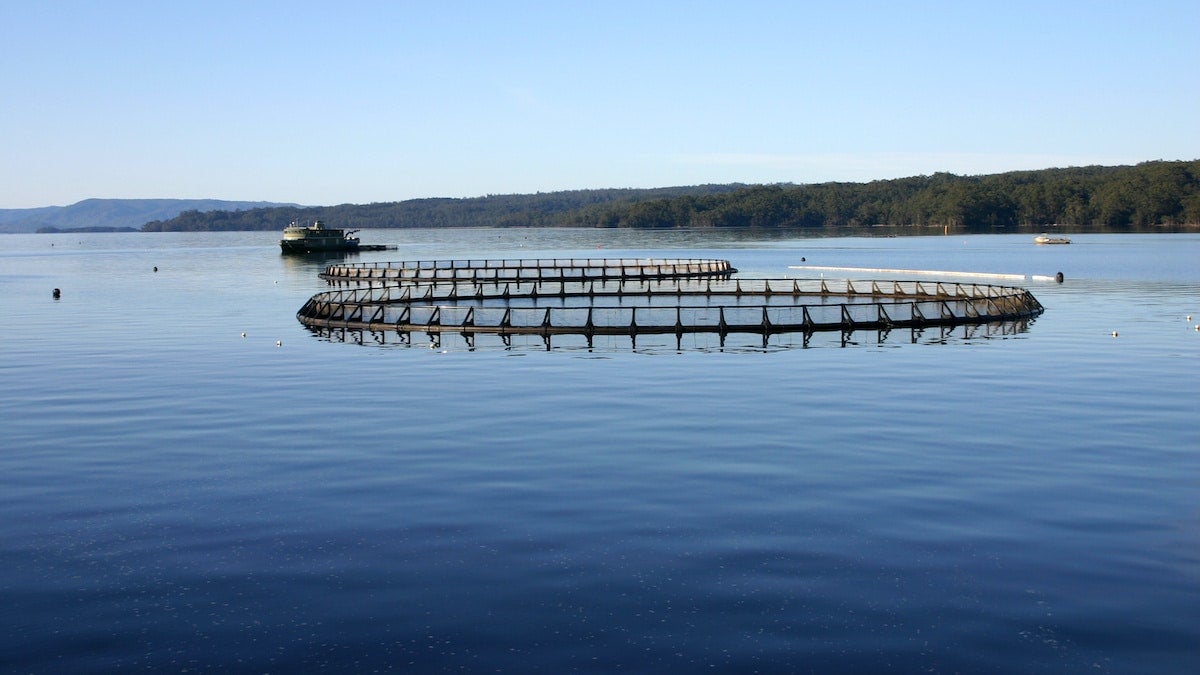 Around 50,000 farmed salmon swam free on Monday after a fire melted part of their enclosure off the coast of Tasmania.

The salmon’s escape has prompted concerns from local environmentalists, who are worried about the impact of the farmed fish on native wildlife and ecosystems. While the farm’s owners insist that impact will be minimal and the fish will be quickly eaten by seals or caught by recreational fishers, others disagree.

“It’s like claiming a sewage spill is all good because it releases nutrients into the food chain,” Neighbours of Fish Farming president Peter George told The Guardian.

The fire that allowed the fish to escape broke out early Monday morning at an offshore enclosure owned by Huon Aquaculture, Australia’s ABC News reported. The fire damaged about a third of a pen by burning and melting the pen both above and below the waterline, allowing the fish to escape. The company estimates that between 50,000 and 52,000 fish weighing four kilograms (approximately 8.8 pounds) each got away.

Huon Aquaculture does not yet know what caused the blaze.

“We have electrical equipment on our pens but in 35 years of farming we have never had an electrical fire on a fish pen so the cause has baffled us,” CEO Peter Bender told the Australian Associated Press.

The escaped fish account for less than one percent of Huon’s stocks, and the company has no plans to recapture them, according to The Guardian. But company representatives were confident the fish would not harm Tasmanian ecosystems.

Pene Snashall, the corporate communications and community relations manager at Huon Aquaculture, pointed to a 2018 Institute for Marine and Antarctic Studies (IMAS) report that found that escaped farmed fish tend not to eat native fauna.

“Farmed salmon generally don’t appear to feed on native species. While some fish did survive for some months, this did not necessary mean that these fish were thriving,” Snashall told The Guardian.

“One IMAS [Institute for Marine and Antarctic Studies] study found 15% of escaped salmon lived off wild fish – that’s 7,800 from just this escape, and they happen regularly,” Laura Kelly of Environment Tasmania told The Guardian. “Then there’s the animal welfare issues – with thousands of animals just starving to death. Huon needs to follow global investment patterns and get their feedlots out of the ocean and onto land.”

And competition for food is not the only concern.

“There is also the worry these introduced species will [be] establishing populations in the wild,” Dr. Christine Materia, also of Neighbours of Fish Farming, told ABC News.

IMAS associate professor Jeremy Lyle said that evidence did show that the impact of fish farm escapes like this one was “not that significant,” but he also said any release of non-native species could pose problems.

“Any event like this is of some concern,” he told ABC News. “Keeping introduced animals contained is more desirable.”

The escape has brought out lots of recreational fishing aficionados to try and catch some of the salmon. Materia thought the company should compensate them for their efforts at containing the escape. Lyle, meanwhile, asked anyone who caught a fish to report the contents of its stomach to IMAS for research.

Correction: This article has been revised to reflect that each fish that got away weighed an estimated four kilograms.