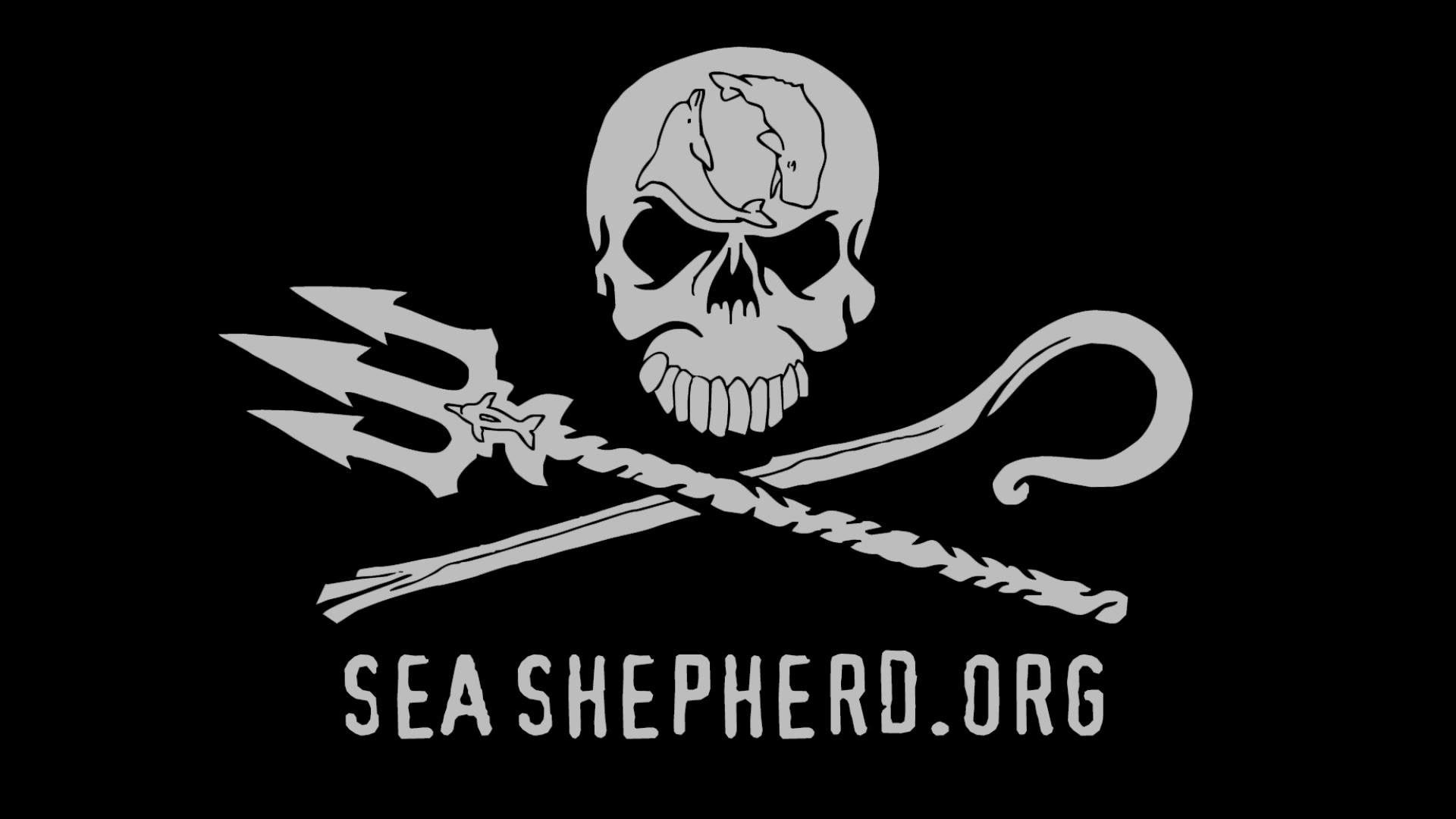 Consumers have been led to believe that when they buy farmed salmon, they are helping protect wild salmon and the whales and bears that feed on them, but nothing could be further from the truth.

The wild and remote coast of British Columbia Canada is the perfect habitat for making wild salmon. Rain-soaked watersheds, clean gravel for spawning, 1,000s of km of kelp forested nursery areas in food-rich green coastal waters. Sea birds, seals and whales follow the massive silvery schools preying on the weaker fish keeping the runs strong and healthy and the whole coasts from indigenous cultures to bears and eagles set their clocks to the return of the salmon in the fall—an abundance of food that nourishes everyone through the lean winter months. Salmon feed the trees that make the oxygen we breathe, they are one of the power lines that fuel our world.

In the 1970s, Norsk Hydro in Norway began farming salmon in pens in the ocean and today a farmed salmon is worth more to Norwegians than a barrel of oil. The industry has become as rapacious as the oil industry. With more than 900 farms dotting their coast, they have now spread across temperate coastlines worldwide and unfortunately they took their prize livestock with them, the Atlantic salmon.

Biologists, fishermen, indigenous leaders and senior Fisheries and Oceans Canada bureaucrats warned that allowing Atlantic salmon into BC was a dangerous game of “Russian Roulette.” Every farm fish carried the potential for a disease that could spread among Pacific salmon. Importing exotic species is one of the greatest causes of the global loss of biodiversity. A member of the Norwegian Parliament, Jon Lilletun, warned the Canadian Senate:

However, caution was tossed aside and three Norwegian companies now use the coast of BC to farm millions of Atlantic salmon, with most of the attending environmental damages attributed to the industry at home sea lice, disease, drugs, pollution. As a biologist studying whales as the industry moved in, I have witnessed the crushing impact of this industry first hand; unprecedented toxic algae blooms, the whales were displaced by high-amplitude “seal scarers,” escaped Atlantics in Pacific rivers, sea lice eating the majority of wild salmon to the point of death and today I am tracking salmon farm viruses plaguing the industry worldwide. The industry had become the dominant “user group” of the BC coast. There was no touching them. The Norwegian scientists I turned to for help suggested I look the other way, they said the industry and the Canadian government would make life difficult for me.

The year that salmon farms were placed on the Fraser sockeye salmon migration route, the largest salmon run in the world, the decline began. Mysteriously millions died in the river just before spawning. When a Canadian government scientist pinpointed a virus flourishing in the farms (salmon leukemia virus), she was muzzled and prohibited from attending meetings on the collapse of the Fraser sockeye salmon. Last year was the lowest return ever recorded, while Alaska, which prohibits salmon farms continues to have enormous returns. 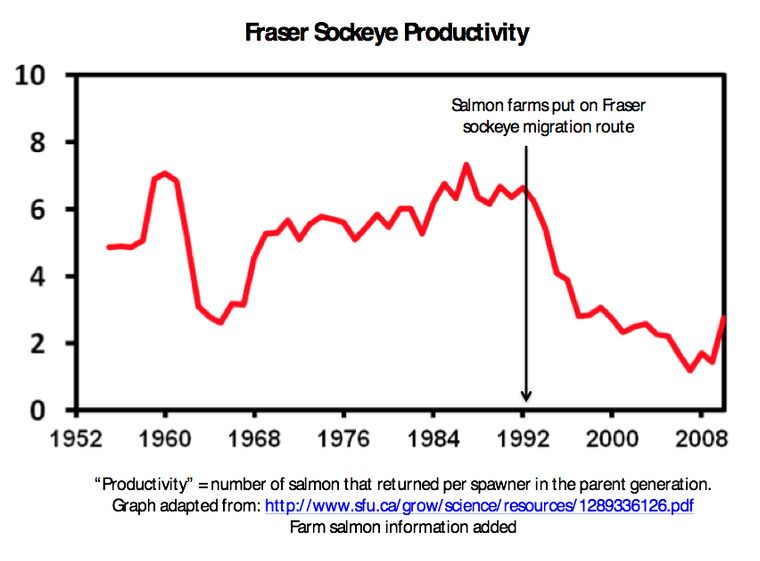 Recent scientific paper reports orcas in BC are starving, increasingly unable to carry their young full term and threatened to extinction because Fraser River salmon have declined so precipitously. Despite this, the Canadian government has not reported any further on the virus thought to be killing Fraser River salmon.

The lab I work with was stripped of its North American reference lab status when he detected the notorious farm salmon virus ISAV in the samples I sent to him for testing. Infectious salmon anemia a member of the influenza family, is internationally reportable which means it can impact trade as countries close their borders to protect their fish. In 2016, we published on the presence of this virus in BC in a leading virology journal and yet Canada continues to ignore the evidence and so the farmed salmon market remains unperturbed.

I am currently being sued by the largest salmon farming corporation in the world, based in Norway, for touching a farm with a teaspoon to collect a bird dropping for testing.

This spring, 17 years after I discovered sea lice from Atlantic salmon farms are eating wild salmon to death, the epidemic continues. The number of young salmon heading to sea in my research area is so low I have to wonder did I see them off into extinction?

However, there are other runs of wild BC salmon that might still be saved and the good news is that a very simple action by the public could make all the difference for the 100 species that wild salmon feed along the eastern Pacific Ocean. Don’t buy farmed salmon. How can you tell if it is farmed? Farmed salmon has bright white stripes of fat due to its docile captive life. 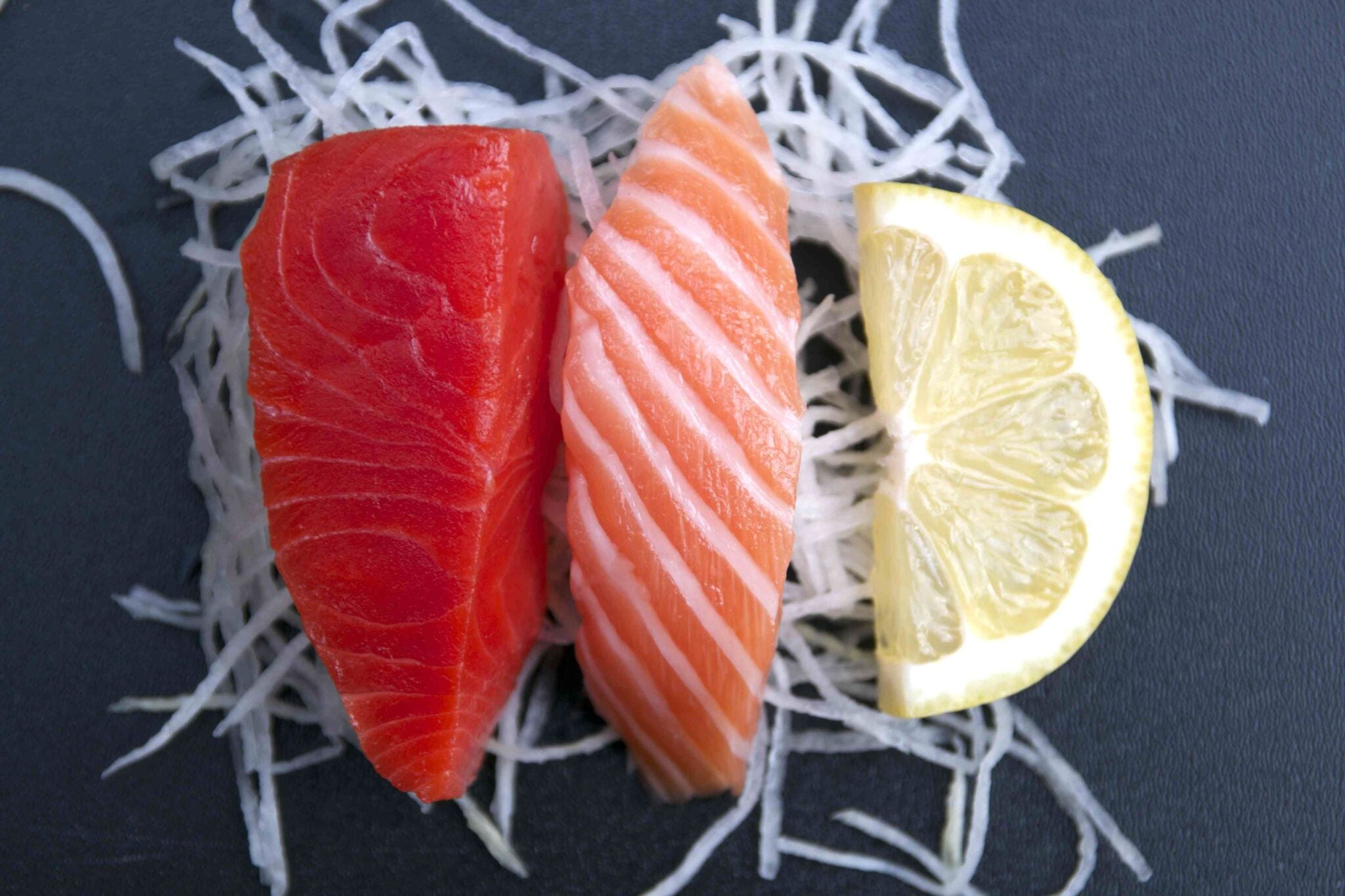 The orange coloring is selected by the grower and added to the feed.

In 2016, Paul Watson of Sea Shepherd sent me a ship and crew (see video below) and together we pulled away the curtain of secrecy this industry cloaks itself in. This led to the first images of wild fish trapped in the pens where they were attacked by the farm fish, diseased farm salmon and the large schools of herring behaving like trained dogs hurrying to the farm nets every time the feeders went on.

Alexandra Morton is an independent biologist who has worked to protect wild salmon from farms for 31 years.