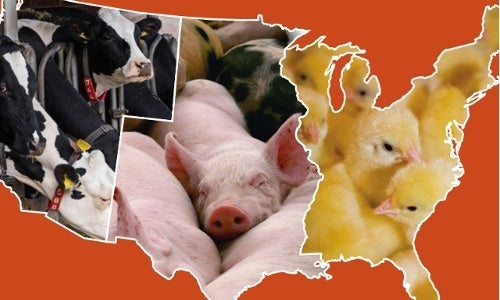 Factory farming has been expanding in the U.S. over the last two decades, and the size of those farms has increased dramatically—dominating the market, squeezing out smaller producers and setting the agenda for farming practices—to the detriment of food consumers.

With the size of the operations comes political power that drives weaker environmental rules which allows their size to increase, creating a vicious cycle that gives consumers shrinking choices and puts them at more danger from food-borne illnesses.

“Waste from factory farms is an enormous problem, one that we cannot begin to curb through market-based approaches such as pollution trading, which will not actually stop factory farms from polluting our nation’s water ways,” said Hauter. “In reality, pollution trading simply moves the problem around, shifting waste to other watersheds, rather than tackling the issue that factory farms concentrate too many animals—and too much waste—in one place.” 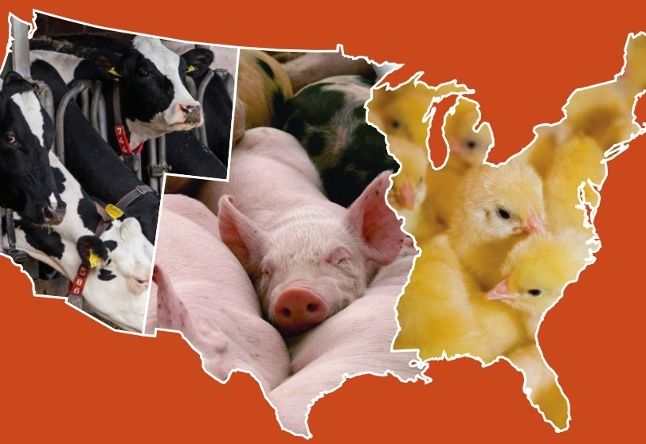 Food & Water Watch also made a series of recommendations. It suggests that the U.S. Environmental Protection Agency declare a moratorium on new factory farms and the expansion of existing ones, and enforce rules to prevent pollution, such as giant manure lagoon of unprocessed animal waste; that the Department of Justice block future mergers and consolidation of facilities to create still larger ones; that the Food and Drug Administration (FDA) ban use of antibiotics to prevent the spread of disease in overcrowded facilities; and that states crack down on the permitting and enforcement of water and air pollution regulations involving factory farms.

Food & Water Watch will call attention to its study results with an electronic billboard, Factory Farms Are a #LoadOfCrap, which will be on display in July in a location far from any factory farms: New York City’s Times Square.