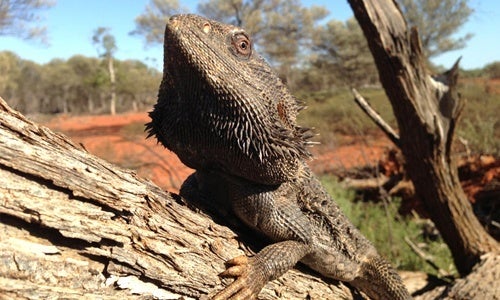 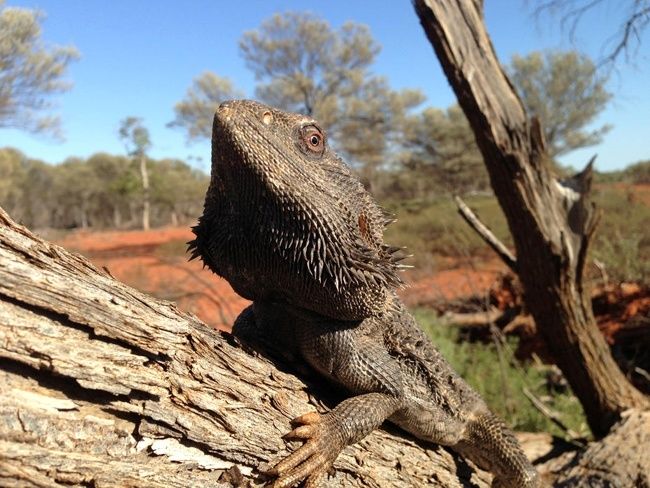 Let me explain. A team of ecologists has proven that temperature, not just genetics, plays a role in determining the sex of Australian bearded dragons. Their findings were published today in the journal Nature.

This study is coming out at just the right time, when public figures like Caitlyn Jenner and Laverne Cox have triggered a nationwide reassessment of what makes a person male or female. The discussion doesn’t map perfectly onto the reptilian world, but it is relevant. In humans, it has long been assumed that chromosomes dictate biological sex. Women have two X chromosomes, and men have one X and one Y. (Variations exist, like XXY and XYY, but these are rare enough to be considered anomalies by the medical community.) Since chromosomes determine biological sex in humans, it would seem logical that they do the same job in other vertebrates.

The genetics initially supported this assumption. Bearded dragons, for example, have two sex chromosomes, Z and W. Individuals with one of each are always female. All male dragons are ZZ, but—here’s where it gets tricky—not all ZZ dragons are male. There are ZZ males and ZZ females.

Herpetologists have speculated for years that temperature plays some role in determining whether a ZZ individual hatches as a male or female. The new study, however, is the first to prove that the temperature at which eggs incubate is one (although perhaps not the only) environmental factor. Geneticists refer to this phenomenon as a “temperature override.” This feature is not unique to bearded dragons: several other reptiles, as well as some amphibians and fish, also have temperature overrides. But it is not the norm, and it was previously considered a lower evolutionary trait that existed only in creatures perceived as primitive. Biologists now concede that temperature overrides have disappeared and reappeared several times over the course of evolutionary history.

The complexities of temperature-sensitive sex determination are fascinating, and become more so when climate change enters the equation. For complicated reasons that you can learn about here, evolutionary mathematics requires that most animal species maintain a roughly one-to-one ratio of males to females. This presents a problem for bearded dragons, since even a one-degree Celsius increase in temperature can skew the ZZ hatchlings strongly toward female. To account for this, the species temporarily produces fewer ZW individuals (which, remember, are all female)—thus lowering the total number of females and keeping the population in gender balance.

What happens, though, if the global temperature rises by two degrees or more—a very likely outcome within the next century? Very few ZZ males will hatch. To keep the population in balance, bearded dragons will have to stop hatching ZW females altogether. This raises two problems. First, the W chromosome could cease to exist, with unknown consequences for bearded-dragon genetics. Second, even without a single ZW female, the proportion of ZZ females may be so high that the overall population skews overwhelmingly female. A species with too few males quickly goes extinct.

And it may not just be bearded dragons—every other species with a temperature override could be under threat.

This scenario isn’t a certainty. Some fish have shown the ability to adapt to ever-warmer waters by recalibrating their temperature override mechanisms. But it’s not clear how many species can pull off this trick, and how many generations it would take.

I doubt that the possibility of losing bearded dragons will move intransigent politicians to take action on climate change. They’re already ignoring grave threats to human health and economic prosperity. But maybe the prospect of entire species whose genetics have decoupled from their gender would give them the willies. If only they subscribed to Science …