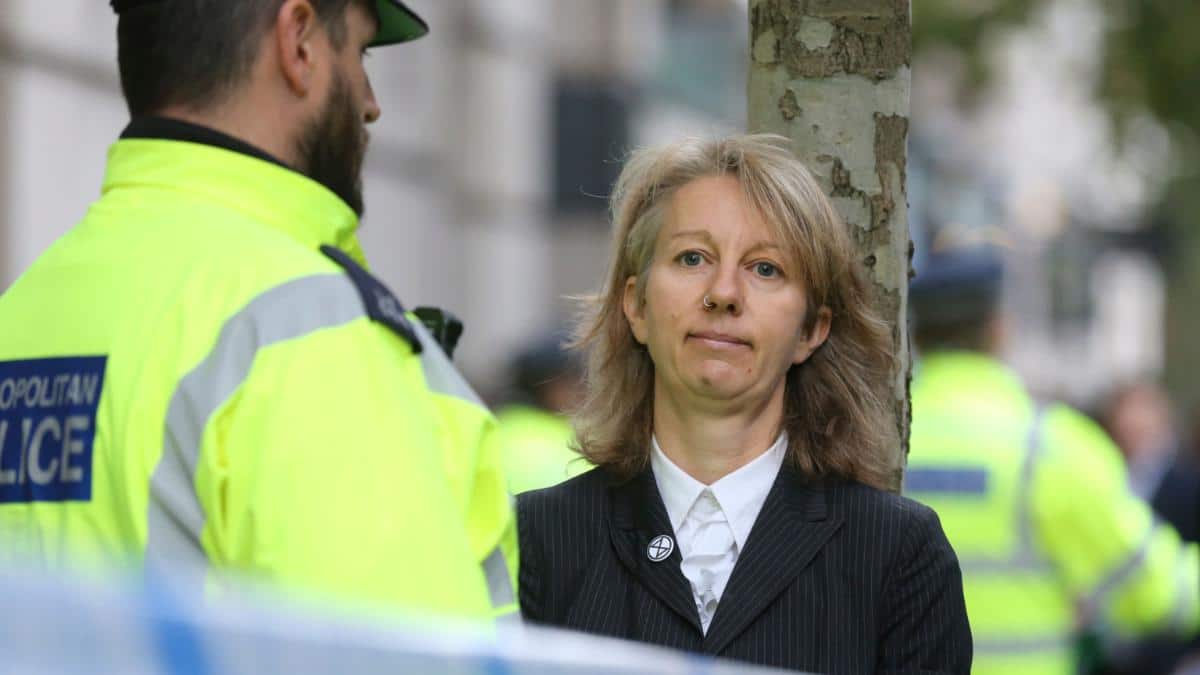 A spokeswoman for the Extinction Rebellion group on Tuesday said one of its cofounders had been arrested by officers from London’s Metropolitan Police.

The group, whose stated aim is to use nonviolent protest to force government action on climate change, has staged numerous high-profile protests in the UK, US and other developed nations including Germany.

Why Was She Arrested?

The group said Bradbrook had been arrested on charges relating to its action campaign against financial institutions known as “Money Rebellion.”

“Extinction Rebellion cofounder Gail Bradbrook was arrested by officers from the Metropolitan Police at her home in Stroud at around 5:30 a.m. this morning for conspiracy to cause criminal damage and fraud in relation to Money Rebellion’s debt disobedience,” a spokeswoman for the group said.

Extinction Rebellion co-founder Gail Bradbrook was arrested by officers from the Metropolitan Police at her home in Stroud at around 5:30 am this morning. pic.twitter.com/iQQohWtLQM

Activists from the Extinction Rebellion smashed window frontages of HSBC and Barclays in the British capital in March. The group also targeted the Lloyds of London insurance market as part of its action.

The spokeswoman added that the fraud allegation stems from a campaign to use personal credit card debt to make donations to groups allegedly damaged by banks. The borrower would then refuse to pay off the debt.

Who Is Gail Bradbrook?

The 49-year-old Bradbrook, who holds a doctorate in molecular biophysics, has said she believes only large-scale civil disobedience can bring about government action on climate change.

She started Extinction Rebellion in 2018 along with her former partner Simon Bramwell, and organic farmer and activist Roger Hallam.

The group says the UK and other countries are acting too slowly to stop climate change. It also accuses the Western financial system of fueling the abuse of the planet.

In April 2019, Extinction Rebellion rose to prominence when it occupied five prominent sites in central London over several days.

In November that year, Hallam caused outrage and issued an apology for “hurt and offense caused” after comments that appeared to downplay the Holocaust.