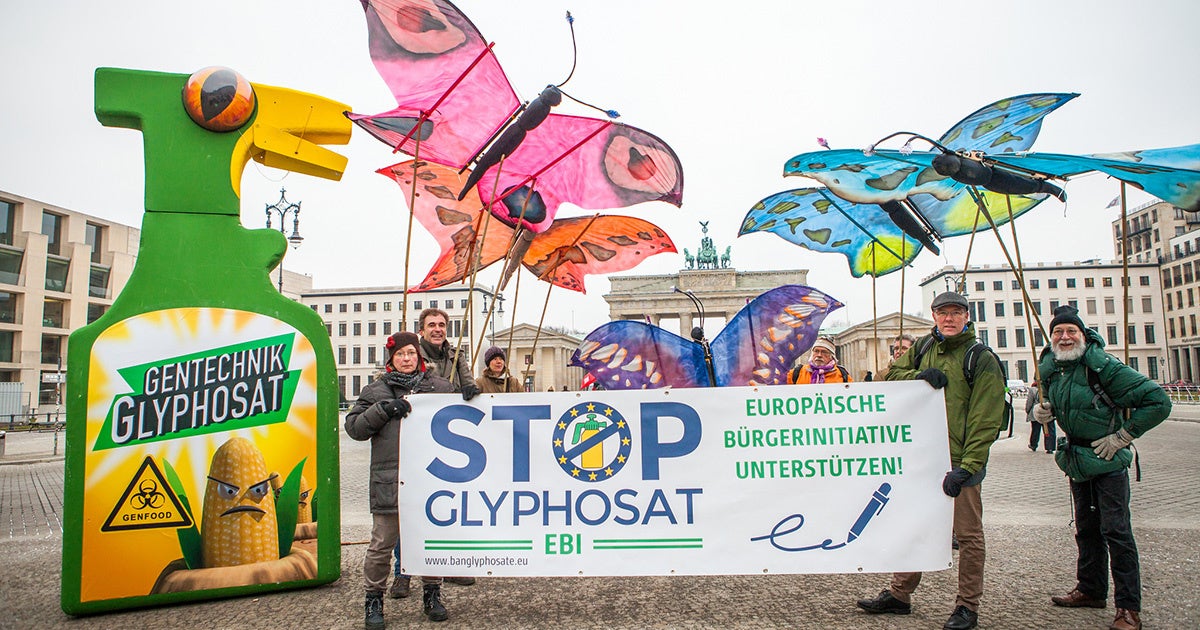 The European Parliament, representing 28 countries and more than 500 million people, voted Tuesday in support of phasing out glyphosate over the next five years and immediately banning its use in households.

“The European Parliament has correctly acknowledged the magnitude of glyphosate’s risks,” said Nathan Donley, a senior scientist with the Center for Biological Diversity. “Now European regulators charged with protecting human health and the environment must follow the parliament’s brave leadership and phase out the gross overuse of glyphosate.”

The vote by the European Parliament, which is made up of the elected representatives of the European Union, is an advisory vote intended to influence a scheduled vote on Wednesday by experts from the 28 EU countries on whether to follow a recommendation by the EU’s executive commission to reauthorize glyphosate for another 10 years.

But following Tuesday’s overwhelming vote in support for banning the pesticide, the EU Commission has dropped its recommendation, instead calling for EU member countries to regroup and come to a consensus about how to move forward on the issue.

Tuesday’s action was prompted by the World Health Organization’s finding that glyphosate, the active ingredient in Roundup, is a “probable” human carcinogen. The WHO’s cancer research agency is widely considered to be the gold standard for research on cancer.

The WHO’s finding came after an analysis of publicly available studies by independent scientists of glyphosate’s health risks. Because the scientists conducting the WHO analysis did not include in their assessment the findings of Monsanto-funded studies that have not been made available for public review, the pesticide maker has attempted to undercut the validity of the review process.

“This wasn’t just a vote against glyphosate,” said Donley. “This was a vote supporting independent science and a vote against an industry that has manipulated, coerced and otherwise soiled independent decision-making in Europe and the rest of the world.”

European and U.S. regulatory agencies have come under intense scrutiny lately as evidence has surfaced that Monsanto heavily influenced their safety assessments of glyphosate. Europe’s food safety authority, EFSA, plagiarized text from Monsanto’s renewal application when it concluded in 2015 that glyphosate does not cause cancer. And recently released emails indicate that the head of the U.S. EPA’s cancer review committee on glyphosate was in close contact coordinating with Monsanto employees during the analysis and even promised, apparently successfully, to suppress an investigation into glyphosate by another governmental agency.