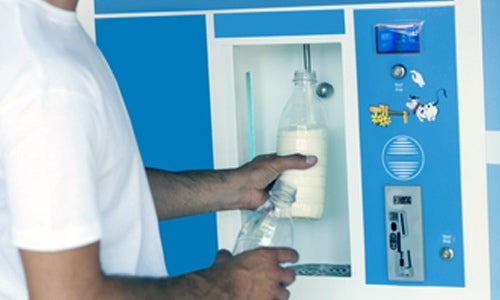 As the U.S. government continues to issue warnings regarding raw dairy products, several European countries have done just the opposite by expanding access through unpasteurized milk vending machines, according to Wake Up World. 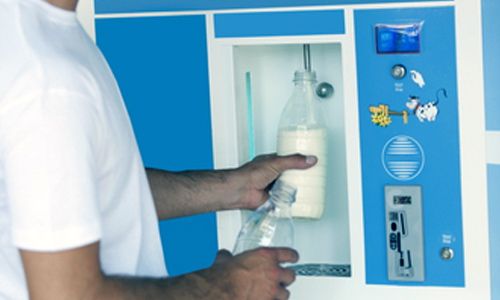 Compared with pasteurized and homogenized dairy, the news source argues that raw milk offers a wealth of nutrition—all without the drawbacks of oxidized fats, denatured proteins, antibiotics or growth hormones typically found in pasteurized and processed milk products.

Given the purported benefits of raw milk, multiple European nations have installed self-service vending machines that provide 24-hour access. Michel Cantaloube, who helped introduce the machines in France, the UK and Spain, hopes to expand the venture into a similar vending machine for raw yogurt.

Other countries like Italy, Slovenia, Austria, Switzerland and the Netherlands have begun to install their own raw milk vending machines as well.

However, the U.S. Food and Drug Administration (FDA), tells a different story.

The FDA has listed raw milk’s potential mild to severe effects and issued the following warning:

While most healthy people will recover from an illness caused by harmful bacteria in raw milk—or in foods made with raw milk—within a short period of time, some can develop symptoms that are chronic, severe or even life-threatening.

If you or someone you know becomes ill after consuming raw milk or products made from raw milk–or, if you are pregnant and think you could have consumed contaminated raw milk or cheese—see a doctor or healthcare provider immediately.

In response, Wake Up World questioned the FDA’s stance and pointed to a recent study that indicated children who drank raw milk were 40 percent less likely to come down with asthma or allergies.

A Campaign for Real Milk, an advocacy group associated with the Weston A. Price Foundation and Farm to Consumer Legal Defense Fund, agrees, stating raw milk:

Despite Europe’s emerging stance on raw milk, U.S. health professionals say organic milk and non-dairy options are the best option for Americans, especially since raw milk is illegal in most states.

Here are some basic guidelines for Americans: