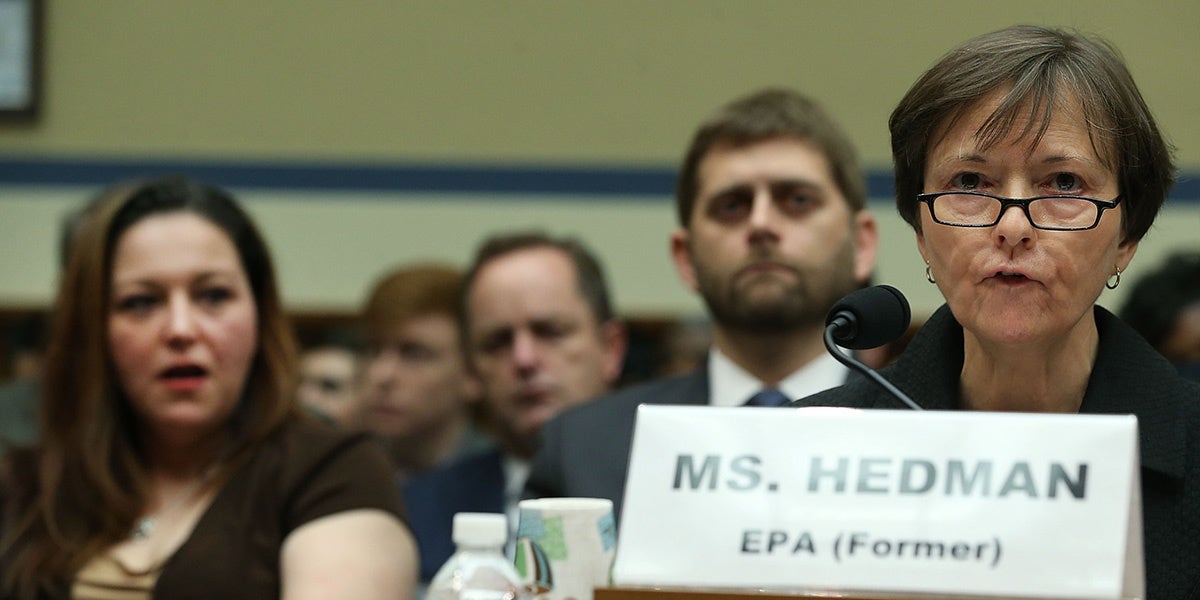 A report by the U.S. Environmental Protection Agency (EPA) internal watchdog organization published Thursday argued that the EPA needed to step up its monitoring of state drinking water in the aftermath of the Flint, Michigan water crisis, CBS reported.

The report, conducted by the EPA’s Office of the Inspector General, found that EPA’s Region 5 office, which oversees six Midwestern states including Michigan, made the crisis worse by failing to take advantage of its powers under the Safe Drinking Water Act (SDWA), Mother Jones reported.

“While oversight authority is vital, its absence can contribute to a catastrophic situation,” EPA Inspector General Arthur A. Elkins said in a news release reported by CBS. “This report urges the EPA to strengthen its oversight of state drinking water programs now so that the agency can act quickly in times of emergency.”

The Flint water crisis started when the city changed its water supply to the Flint River, which had highly corrosive water that leached lead from the pipes, contaminating the water that came out of residents’ taps.

Before the water crisis had even begun, the EPA had reason to believe that the Michigan Department of Environmental Quality (MDEQ) was not doing its job properly. In 2010, an EPA contractor found 10 SWDA requirements that the MDEQ was not following, CNN reported.

But Region 5 Administrator Susan Hedman still relied on the MDEQ to act when the EPA’s Midwest water division manager Miguel Del Toral told his supervisors that the Flint River water was not properly treated in 2015, Mother Jones reported.

Hedman has since resigned.

The EPA received a total of 87 citizen complaints over a year and a half before it issued an emergency order in January 2016. The report found the agency issued the order seven months after it would have had the “authority and sufficient information,” according to CNN.

“We believe that this was predominantly a management issue at the regional level,” Director for Water Program Evaluations at the EPA Office of the Inspector General Katie Butler told CNN. “The combination of pieces of information should have given them a hint that something serious was happening in Flint.”

The report concludes with a series of recommendations including writing a clear document stating the responsibilities of regional EPA and Michigan state officials and developing a set escalation policy for EPA intervention in states in response to crises.

The report’s call for greater EPA oversight comes at a time when the agency is rolling back regulations under the Trump administration, both by changing policy and by failing to act on public health issues.

In May, for example, the agency came under fire for working with the White House to hold back a government report on toxic per- and polyfluoroalkyl substances (PFAS) polluting drinking water around the country.