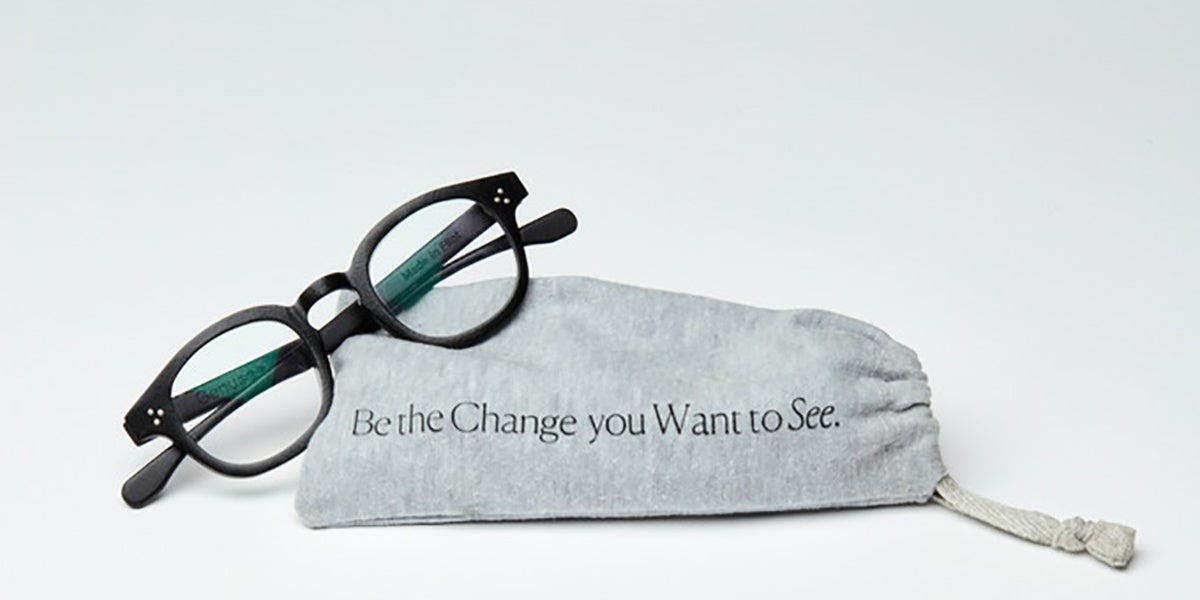 When Detroit-area native Ali Rose VanOverBeke came back home in 2016 to volunteer with the Red Cross at the height of the Flint, Michigan water crisis, she probably didn’t expect to get a business idea with the potential to change both her and Flint’s future.

But that is exactly what happened. VanOverBeke noticed the buildup of plastic water bottles outside people’s homes, which residents had to rely on for drinking water since their tap water was contaminated by lead.

“They’re not just facing a manmade water crisis,” VanOverBeke told ABC News in a story published Thursday. “Now, there’s like this localized, environmental stress because of the surplus of plastic that they’ve been forced to use.”

To solve the problem, VanOverBeke turned to her former classmate at New School’s Parsons School of Design Jack Burns.

The pair came up with a creative plan to transform the discarded water bottles into unique eyeglasses designed to fit anyone.

“Our goal is simple: do good for people and the planet using design and collaboration to be the change we want to see,” a Kickstarter campaign for the project reads.

Last year, the pair set up a company for the glasses called Genusee, named after Flint’s Genesee county. They plan for the company to be a “for Flint, by Flint” effort and are working on setting up a manufacturing facility in Flint.

To this end, they launched the Kickstarter campaign April 18 with the goal of hiring 17 new workers. With six hours to go as of this writing, they have raised $71,329, more than exceeding their $50,000 goal.

“Genusee is bringing a new manufacturing legacy to the city of Flint by creating jobs; turning the surplus of plastic waste caused by the man-made water crisis into closed loop eyewear,” the Kickstarter campaign says.

The glasses so far come in one style, called The Roeper, that the Kickstarter says is “democratically designed” to flatter a diverse array of face shapes. The frames come in Crystal Fog and Classic Black, and can be used for prescription glasses or sunglasses.

Currently, Flint residents are already involved with sewing the glasses’ polish bags at a center that provides employment training for women.

“That we are able to take the water bottles that are just trash, to have them processed into new material, is so amazing to me,” one of the sewers, Marty Calhoun, told ABC News.