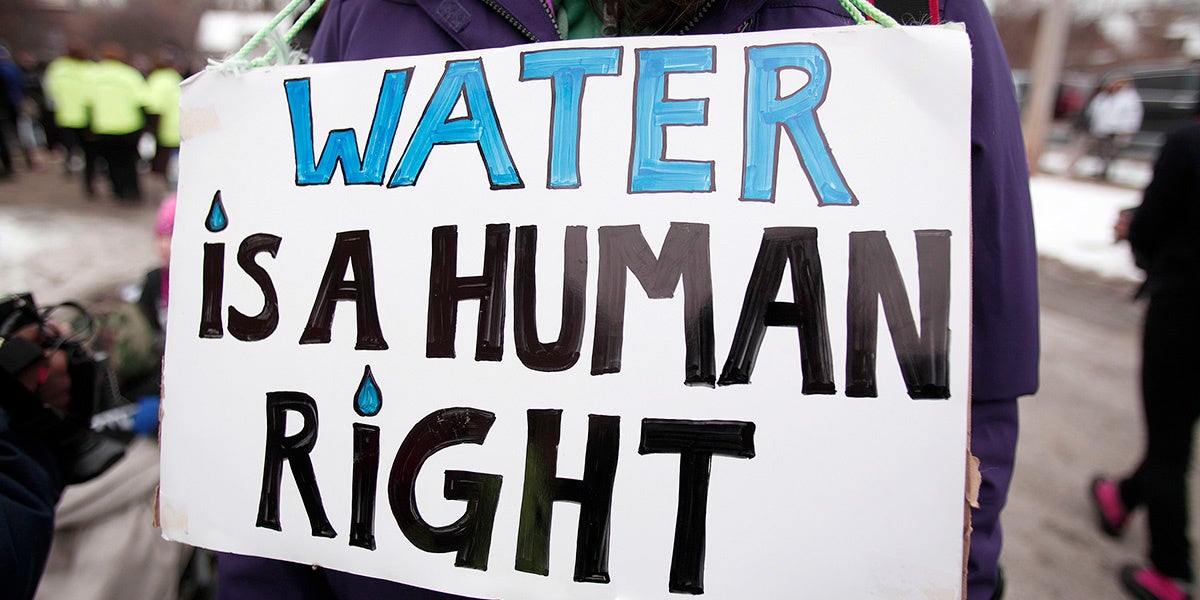 The Michigan community of Flint has become a byword for lead poisoning. Elon Musk recently entered the fray. He tweeted a promise to pay to fix the water in any house in Flint that had water contamination above acceptable levels set by the U.S. Food and Drug Administration.

On Twitter and elsewhere, people argued whether this offer was a big deal or not. Some said his follow-up tweets that most houses in Flint had safe water were wrong. Some said the issue had already been fixed so he was doing nothing.

Please consider this a commitment that I will fund fixing the water in any house in Flint that has water contamination above FDA levels. No kidding.

Others argued that his clarification that he would pay to fit water filters in the small number of houses with high lead levels (“outliers,” as he called them) meant he was backtracking.

Even as controversy swirls this week around Musk’s financial contribution to a Republican fundraising committee and his comments about a British cave rescuer in Thailand, I argue the Tesla founder has made an important offer regarding Flint. What’s more, he’s clearly explored the issues surrounding lead in the town’s drinking water.

I know that removing lead from drinking water is important because lead is such a toxic metal. It lowers children’s IQs, and my colleagues and I showed that lead-exposed children have higher blood pressure late in life. We also found that women exposed to lead undergo menopause earlier than non-exposed women.

In Flint, controls of lead levels in drinking water failed, and an increased number of children were exposed to high lead levels for months. These children will suffer long-term consequences to their health and quality of life.

The children were lead poisoned in Flint because of poor management, complacency and intransigence.

Like many municipalities in North America, a proportion of the water lines in Flint are made of lead. Water running through lead pipes picks up small amounts of the metal, but more lead dissolves when the water is warm and/or acidic.

In April 2014, the city switched the source of water to the Flint River. This water was corrosive, and they failed to add corrosion control. More lead dissolved into the water and children drinking tap water were poisoned. The switch in water supply increased the number of children with blood lead levels above the U.S. action level of 5 µg/dL by 50 percent.

It took months for the problem to be acknowledged and some state officials “stubbornly worked to discredit and dismiss others’ attempts to bring the issues of unsafe water… to light” and “prolonged the Flint water crisis.” The source of water was finally switched back, and slowly lead levels in drinking water and the number of children with blood levels above the action level fell.

As of 2018, the state of Michigan’s sampling data of high-risk areas in Flint shows that four per cent of water samples in Flint over a six-month period had lead level levels above the U.S. Environmental Protection Agency (EPA) regulatory level of 15 parts per billion.

As Musk noted, most of the tap water in Flint (more than 90 percent) is indeed safe by the EPA standard. Michigan Gov. Rick Snyder announced the withdrawal of supplies of bottled water in April 2018, arguing that tap-water testing met federal guidelines and declaring the crisis over.

But that doesn’t mean that lead has been completely eliminated. There are still properties in the city in 2018 with tested levels that exceed the EPA standard. While ongoing work to replace pipes, some the result of lawsuits, should mean lower levels of lead in the community’s tap water in the future, it can cause spikes in lead water levels as particular pipes are cut apart and replaced.

Musk went further in his Tweets than a commitment to water levels below the EPA standard. He committed to fixing the water in any house that exceeded Food and Drug Administration (FDA) levels.

In the U.S., bottled water and tap water are regulated at different levels. The FDA (bottled) water level is three times lower than the EPA limit at five parts per billion. The state data from high-risk areas in Flint from January to July 2018 shows that 50 to 100 per cent more samples fail at this level.

And so by using the FDA standard, Musk is committing to paying to add filters to the water supply in potentially twice the number of homes in high-risk areas.

Lead can be removed from water by filtration. Some filters work better than others, but even low-cost filters can work well, so Musk’s pledge to add filtration to house water supplies could work as an interim measure. Free water filters and replacement cartridges are available at City Hall, but as Musk noted in his Tweets, some local people distrust the state agency information and the filters. Who can blame them?

Hey Elon! Sean Hollister here with CNET. Can you confirm this is 100% real… and any comment on reports that lead levels are generally below federal standard in Flint?

The official report of the Flint Water Advisory Task Force notes that state officials tried to discredit the issue of unsafe water. Why would people in Flint accept on faith an offer of help from government, when governments have failed them?

Elon Musk may have an important role to play, not as an engineer and an installer of filters, but as an arm’s-length third party whose help can be believed. The mayor of Flint, Karen Weaver, has said her conversation with Musk’s team gave her hope that Musk could help with improving local confidence in water quality.

If Musk can help achieve safe drinking water more quickly for every home in Flint, then he should be lauded. Water is life. Giving all of the residents of Flint confidence in the safety of the tap water in their homes helps restore their lives and dignity.