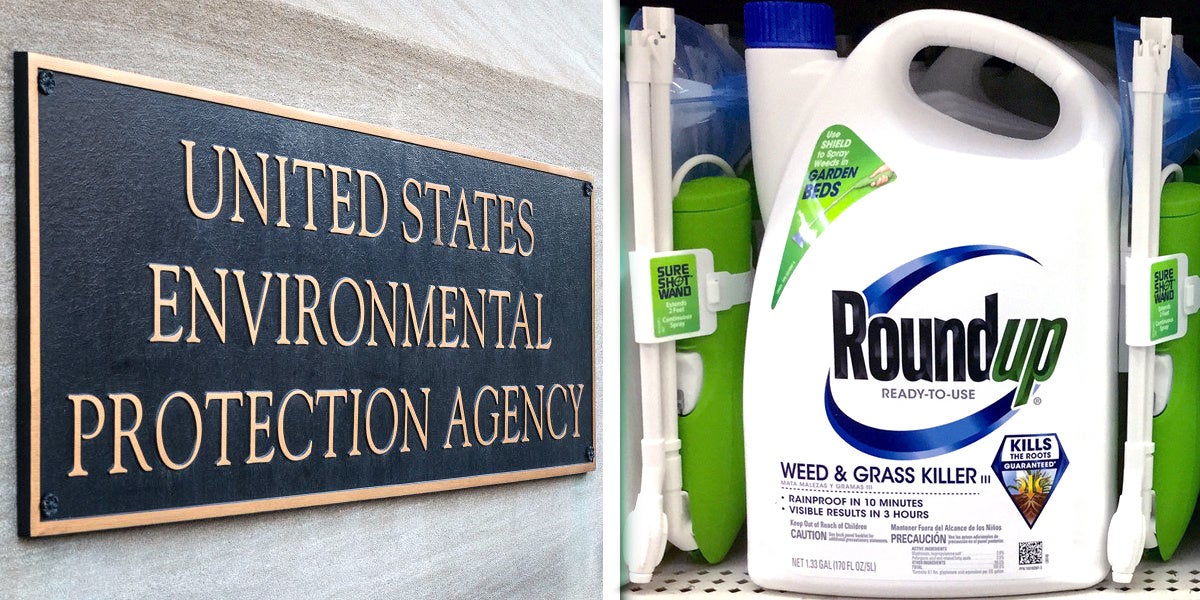 Newly released government email communications show a persistent effort by multiple officials within the U.S. Environmental Protection Agency (EPA) to slow a separate federal agency’s safety review of Monsanto’s top-selling herbicide. Notably, the records demonstrate that the EPA efforts came at the behest of Monsanto, and that EPA officials were helpful enough to keep the chemical giant updated on their progress.

The communications, most of which were obtained through Freedom of Information Act (FOIA) requests, show that it was early 2015 when the EPA and Monsanto began working in concert to stall a toxicology review that a unit of the Centers for Disease Control and Prevention (CDC) was conducting on glyphosate, the key ingredient in Monsanto’s branded Roundup herbicide products. The details revealed in the documents come as Monsanto is defending itself against allegations that it has tried to cover up evidence of harm with its herbicides.

The Agency for Toxic Substances and Disease Registry (ATSDR), a federal public health agency within the CDC that is part of the U.S. Department of Health and Human Services (HHS), is charged with evaluating the potential adverse human health effects from exposures to hazardous substances in the environment. So it made sense for the ATSDR to take a look at glyphosate, which is widely used on U.S. farms, residential lawns and gardens, school playgrounds and golf courses. Glyphosate is widely used in food production and glyphosate residues have been found in testing of human urine.

The ATSDR announced in February 2015 that it planned to publish a toxicological profile of glyphosate by October of that year. But by October, that review was on hold, and to this date no such review has yet been published.

The documents reveal this was no accident, no bureaucratic delay, but rather was the result of a collaborative effort between Monsanto and a group of high-ranking EPA officials.

“These new documents are particularly alarming because they prove that Monsanto’s efforts to capture EPA and subvert it’s mission to safeguard public-health were largely successful,” said Robert F. Kennedy, Jr., an environmental lawyer who is representing plaintiffs pursuing claims against Monsanto.

“Those schemes allowed the company to pull puppet strings and exercise pervasive control at the supervisory level across several agency branches.”

June 19, 2015: To further ensure the ATSDR review didn’t move forward, Monsanto’s Dykes talked again with HHS’s Wolfe, asking for an update on ATSDR. “I explained… our question was about the purpose and scope of such a duplicative review by ATSDR. I also told him that we were concerned that ATSDR may come out any day with a report. I again stressed that we were concerned that they were even reviewing glyphosate as were the people we talked with at EPA,” Dykes wrote to colleagues.

June 21, 2015: It was a Sunday, but Monsanto’s Dykes was still concerned enough about the ATSDR review to copy multiple colleagues on a late night email to report that he had continued to press the “duplicative” point with ATSDR but was concerned about a “glyphosate review coming any day.” In a text message sent that same day, Monsanto Eric Sachs reached out to a former EPA toxicologist named Mary Manibusan asking for contacts at ATSDR. “We’re trying to do everything we can to keep from having a domestic IARC occur w this group. may need your help,” Sachs wrote. The text messages were among certain internal Monsanto records obtained by cancer victims who are suing Monsanto alleging Roundup caused their diseases.

June 23, 2015: By Tuesday, Monsanto’s Jenkins had good news: He had heard from Housenger that the EPA official had been successful in garnering a promise from ATSDR to put its report “on hold.” The review was not dead, however, he wrote: ATSDR argues “that their process is distinguishable and not duplicative. They look at different endpoints and told EPA they don’t “make a call on cancer”, but I think we should continue to be cautious.”

On June 24, 2015: Monsanto’s chief scientist William Heydens responded: “‘Distinguishable and not duplicative’? Seriously? And I will believe the not ‘making a call on cancer’ part when I see it. Anyway, at least they know they are being watched, and hopefully that keeps them from doing anything too stupid…” Jenkins wrote back, acknowledging that Monsanto had much more to fear from ATSDR than EPA as the two agencies had arrived at “different conclusions” on other issues. He reported he had been told ATSDR was “VERY conservative and IARC like…”

By October 23, 2015: EPA and Monsanto had the ATSDR review fully on hold. EPA’s Housenger wrote to update Monsanto’s Jenkins: “They are waiting for our glyphosate RA. And they agreed to share what they do.”

That same month, the EPA’s Cancer Assessment Review Committee (CARC), which was chaired by Rowland, issued an internal report stating that contrary to IARC, the EPA’s review of glyphosate found it “not likely to be carcinogenic to humans.”

The EPA still has yet to issue the overall new risk assessment it said would be out in 2015. The agency has offered ever-changing timelines for the assessment, but now says it intends to release a draft risk assessment sometime this year. That will be followed by a 60-day public comment period. After the public comment period, the EPA will determine whether any risk management is needed. In the meantime, Monsanto has cited the EPA’s backing of glyphosate safety as repudiation of the IARC finding both in court and with regulators in Europe who are also looking at glyphosate safety issues.

The EPA did not respond to a request for comment about its efforts to delay the ATSDR report or communications with Monsanto regarding that effort.

But Brent Wisner, a lawyer representing many of the cancer victims who are suing Monsanto, said the documents offer damning evidence of close ties between the EPA and the chemical company.

“I think it’s very clear… that EPA officials and Monsanto employees worked together to accomplish a goal of stopping that analysis at ATSDR. That is collusion. I don’t know what else you’d call that,” said Wisner.

For its part, the ATSDR said this week that the review it started in 2015 “is not complete,” but that it anticipates a draft glyphosate toxicological profile to be issued for public comment by the end of this year. A spokesperson for the agency declined to discuss the circumstances surrounding the delay in the review.

And Jones, whose EPA job ended when the Trump administration took over, defended his responsiveness to Monsanto’s concern about the ATSDR review, saying it had only to do with the “efficient use of government resources.”

“Had any party contacted me and informed me that another agency within the administration was simultaneously assessing a chemical as my organization, I would have intervened,” Jones said. “There is no value to the same government investing limited resources to work on the same issue. As you know resources at the federal level were and are scarce which made duplication even more problematic.”

Jones said additionally that “when two organizations assess the same chemical, it is very likely there will be differences in their assessments. Even when these differences don’t matter from a public health perspective, an enormous amount of energy is spent attempting to resolve these differences” and that is not ultimately in the “public interest.”