New Claims Against Monsanto in Consumer Lawsuit Over Roundup Herbicide 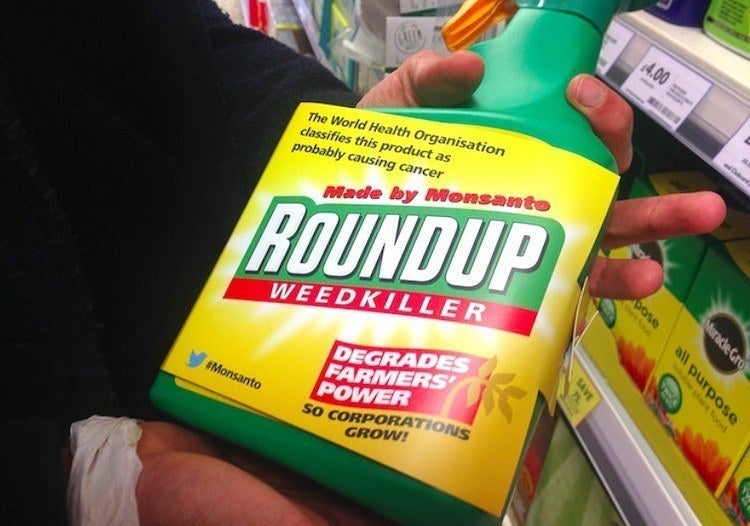 Another day, another lawsuit against global seed and chemical giant Monsanto Co. In a complaint filed Tuesday in federal court in Wisconsin, six consumers alleged that the company’s top-selling Roundup herbicide has been falsely promoted as uniquely safe when it actually can have profound harmful impacts on human gut bacteria critical to good health.

The lawsuit, which also names Roundup distributor Scotts Miracle-Gro Co. as a defendant, specifically alleges that consumers are being deceived by inaccurate and misleading statements made by Monsanto regarding glyphosate, the active weed-killing ingredient in Roundup. Plaintiffs include residents of Wisconsin, Illinois, California, New York, New Jersey and Florida.

Glyphosate, which Monsanto introduced as an herbicide in 1974 and is widely used in growing food crops, has been promoted for years as a chemical that kills plants by targeting an enzyme that is not found in people or pets. The lawsuit claims that assertion is false, however, and argues that research shows glyphosate can target an enzyme found in gut bacteria in people and animals, disrupting the immune system, digestion and “even brain function.”

“Defendants repeat these false and misleading representations throughout their marketing, including in video advertisements produced for their websites and YouTube Channel,” states the lawsuit, which is filed in U.S. District Court for the Western District of Wisconsin.

Monsanto did not respond to a request for comment and neither did Scotts. Monsanto is currently defending itself against nationwide claims that Roundup has caused hundreds of people to suffer from a type of blood cancer called non-Hodgkin lymphoma. More than 1,100 plaintiffs have lawsuits pending in state and federal courts with many of the lawsuits combined in multi-district litigation in federal court in San Francisco. Those lawsuits were triggered by a 2015 decision by the World Health Organization’s International Agency for Research on Cancer (IARC) to classify glyphosate as a probable human carcinogen. IARC said research showed an association between non-Hodgkin lymphoma and glyphosate, with limited evidence from epidemiology data collected on humans and stronger evidence seen in laboratory animals exposed to glyphosate.

The lawsuit filed in Wisconsin is markedly different from the Roundup cancer claims, though some of the same attorneys are involved in both lines of litigation. Plaintiffs do not claim physical injury; rather they claim violations of trade and business practices laws, and allege Monsanto and Scotts were “unjustly enriched” as plaintiffs purchased and paid for more Roundup products than they would have in absence of the alleged false promotions.