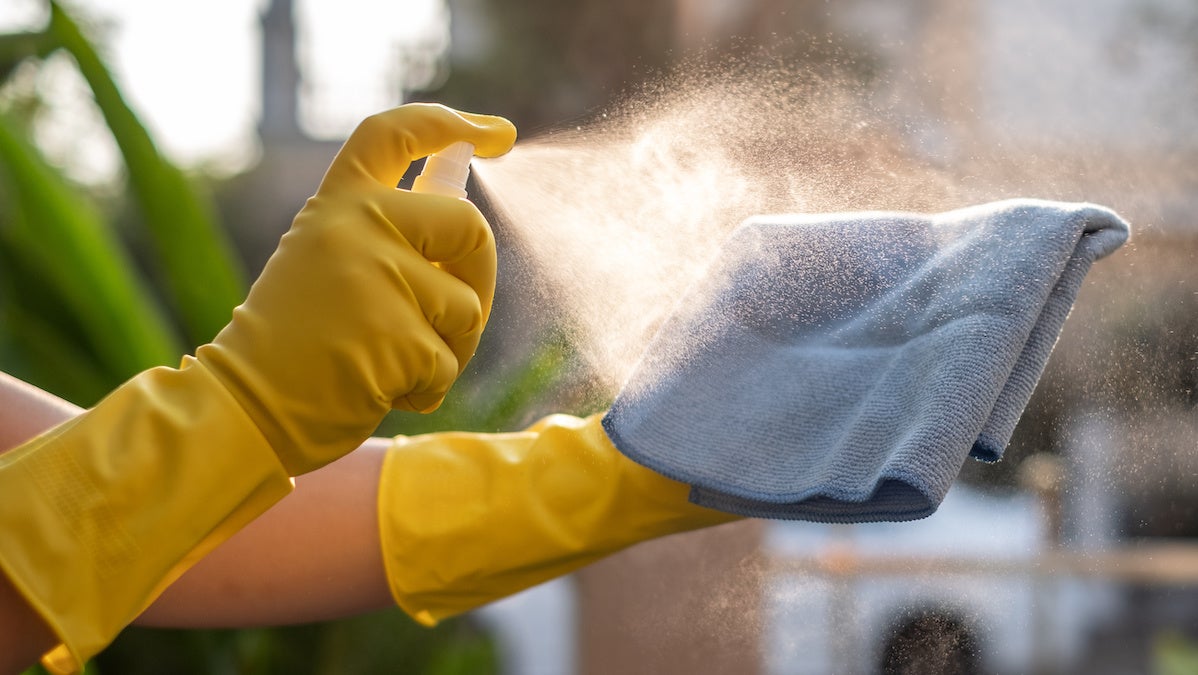 Disinfectants and cleaners claiming to sanitize against the novel coronavirus have started to flood the market.
Natthawat / Moment / Getty Images

Disinfectants and cleaners claiming to sanitize against the novel coronavirus have started to flood the market, raising concerns for the U.S. Environmental Protection Agency (EPA), which threatened legal recourse against retailers selling unregistered products, according to The New York Times.

The EPA has spotted an uptick in products that offer protection with no actual evidence proving that they do so. Some of the pseudo-protective products include a necklace full of a bleaching agent, a sticker that is supposed to provide 30 days of protection against the virus, along with “a range of unregistered disinfectants, sprays, air purifiers and wipes [that] also falsely assert they prevent infection from the virus,” as The New York Times reported.

EPA Administrator Andrew Wheeler, who is known for relaxing regulations on businesses and allowing pollutants into the air and waterways, took time on Friday to teleconference with online retailers to warn them against selling products that claim to combat COVID-19 but do not actually have federal certification, according to The New York Times.

The products the EPA targeted, some which come from Japan and China, are easily found on eBay and from individual sellers on Facebook, according to The New York Times.

The EPA said it will implement enforcement measures to make sure retailers are not distributing fake cleaners. It added that it will team up with the Department of Justice “to bring the full force of law” against anyone selling uncertified products as legitimate protection against coronavirus.

“We will work diligently to ensure that consumers have access to E.P.A.-approved and verified surface disinfectant products; products that we know to be effective against the novel coronavirus,” Wheeler said in a statement, as The New York Times reported.

In March, the EPA released a 22-page list of products likely to be effective against the novel coronavirus. The new list included nearly 200 new additions, with 40 products that went through an “expedited review process,” the EPA said in a news release, as KSHB in Kansas City reported. While the products had not actually been tested against the virus causing the global pandemic, they had been tested against other highly contagious viruses.

“During this pandemic, it’s important that people can easily find the information they’re looking for when choosing and using a surface disinfectant,” Wheeler said in the release. “With this expanded list, EPA is making sure Americans have greater access to as many effective and approved surface disinfectant products as possible and that they have the information at their fingertips to use them effectively.”

The EPA’s threat against products falsely claiming to offer protection against the novel coronavirus follows a similar move last month from the Food and Drug Administration (FDA) and the Federal Trade Commission (FTC). In a joint statement, those two agencies warned against sellers claiming to offer protection from COVID-19 with products that are nothing more than essential oils, teas and colloidal silver, according to an FTC statement.

As The New York Times pointed out, despite the coronavirus, the EPA has not stopped its aggressive actions to roll back environmental rules, saying it would stop regulating polluters. It also finalized a weakening of standards for tailpipe emissions. Last week, the EPA said it would allow one more month for the public to comment on the types of studies that may be considered to determine environmental policy, which flies in the face of public health groups that asked for more time.