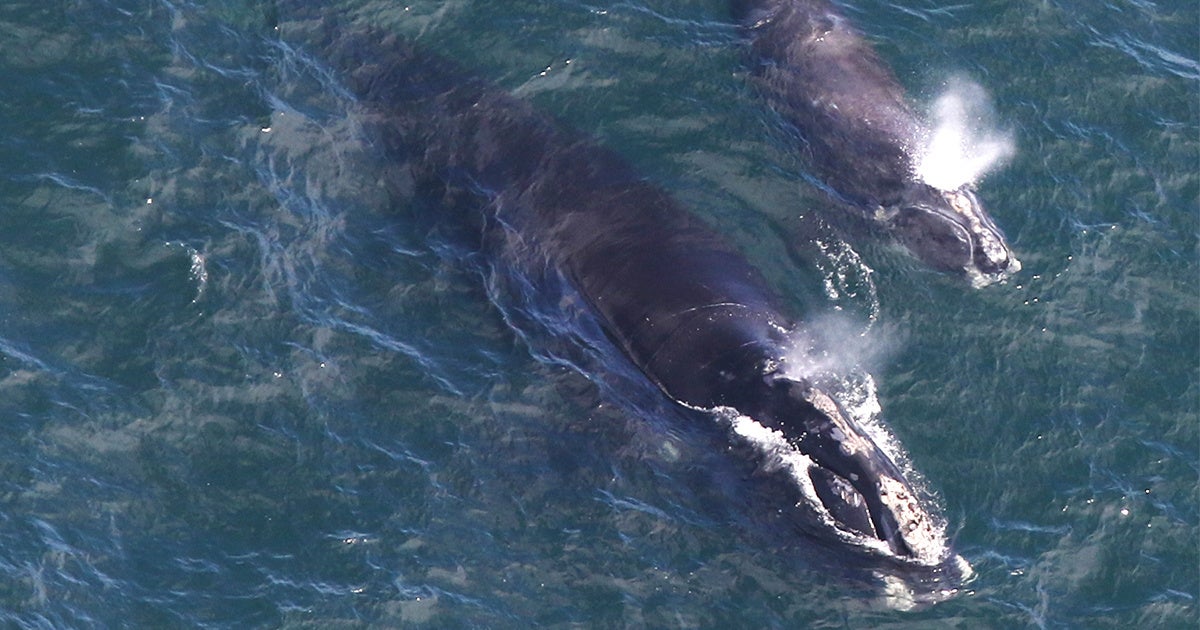 One of the rarest species of whale in the world is experiencing a mini-baby boom off the coast of New England, lending hope to the survival of the once-imperiled population.

TWO MORE RIGHT WHALE CALVES SEEN IN #CAPECOD BAY! On 4/11/19 the CCS #rightwhale aerial survey team saw 2 more mom/calf pairs in the bay, bringing the number of calves observed by CCS this season to 3. The moms are EgNo 4180 & EgNo 3317. More at https://t.co/SvNe25Hntf pic.twitter.com/qGIa5RV7dl

With just over 400 known individuals left, the North Atlantic right whale was once decimated virtually to extinction by commercial whalers by the early 1890s, leading to their 1970 listing under the Endangered Species Act. Hopes for their recovery were dismal last year after researchers did not report any new calves last summer. However, the Center for Coastal Studies (CCS) right whale aerial team now says they spotted two mother and calf pairs in Cape Cod Bay. The two mothers, dubbed EgNo4180 and EgNo3317, bring the total number of new calves off the coast of Massachusetts this year to three.

EgNo4180 was first spotted in 2010, indicating that she is at least nine years old. She was seen again last April, but researchers were not aware that she was pregnant at the time — or that she was indeed a female. Unfortunately, at some point between then and now she encountered gear and was most recently seen with new entanglement wounds on her back, reports CCS. The other new mother, EgNo3317, was born in late 2002 to another known whale who was also spotted in the bay this year. After making a final appearance in 2003, she did not return to Cape Cod Bay until 2016, which was the last time she had a calf.

North Atlantic right whales give birth in the southern states of Georgia and Florida during the winter before traveling north to their vital feeding grounds of New England to feed in the early spring. Weighing up to 70 tons and reaching a lifespan of up to 70 years, the massive whales are baleen feeders and survive by feeding on tiny shrimp-like krill and fish.

Major threats to their species today include entanglement in fishing gear, vessel strikes, ocean noise, climate and ecosystem change, disturbance from whale watching activities, and a lack of food, according to National Oceanic and Atmospheric Association (NOAA). Particularly worrisome are collisions with ships, which has prompted NOAA to establish the North Atlantic Right Whale Sighting Advisory System (RWSAS) in order to alert vessel-goers to the presence of right whales. Regulations established speed restrictions of 10 knots for all vessels with a length of 65 feet or longer within designated high-risk areas along the U.S. Atlantic seaboard where right whales predictably and consistently visit every year. Though the animals come close to shore during their feeding season, it is Illegal to get within 1,500 feet of the animals without a federal research permit.

“However, the right whales often feed very close to shore, offering whale watchers on land unbeatable views of one of the rarest of the marine mammals,” wrote CCS.

There are three species of right whale around the world and only one that is rarer than the North Atlantic: The North Pacific. NOAA reports there are likely fewer than 200 left.

Marine Mammals and Turtles Protected by the Endangered Species Act Are Bouncing Back. #oceanoptimism #ESAworks https://t.co/DJ6CifITuA