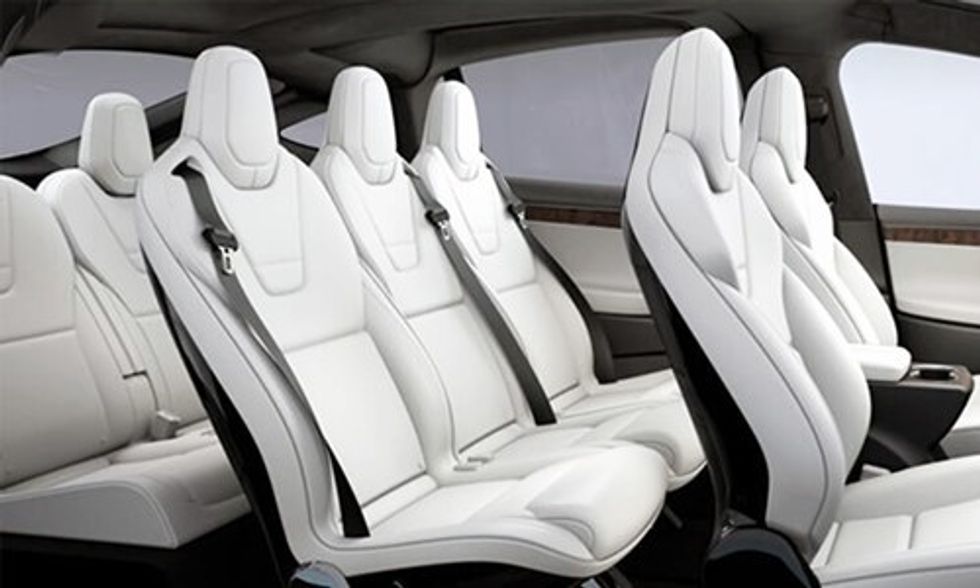 When PETA (People for the Ethical Treatment of Animals), a Tesla Motors shareholder, spoke at Tesla’s 2015 annual meeting to urge the company to offer only vegan leather for its car interiors, CEO Elon Musk said he would “absolutely” consider it. Since then, PETA has been working with Tesla and this month, the electric-car leader launched Model X—its highly anticipated SUV—which is available with a fully vegan interior, including seats, steering wheel and gear shift.

In its discussions with the company, PETA pointed out that Tesla could reduce its carbon footprint by using only vegan leather. Turning animal skins into leather requires 130 different chemicals, including cyanide and people who work in and live near tanneries suffer from exposure to these toxic chemicals. Leather production also squanders valuable natural resources, including up to 15,000 gallons of water per ton of hides and produces massive amounts of the carbon emissions that contribute to climate change. And, of course, cows killed for leather endure branding, tail-docking, dehorning and castration—all without painkillers.

The Volkswagen Hippie Bus Is Back and Now It’s Electric

How to Build Your Own Bike Camper for Only $150