We Had Electric Cars in 1900 … Then This Happened 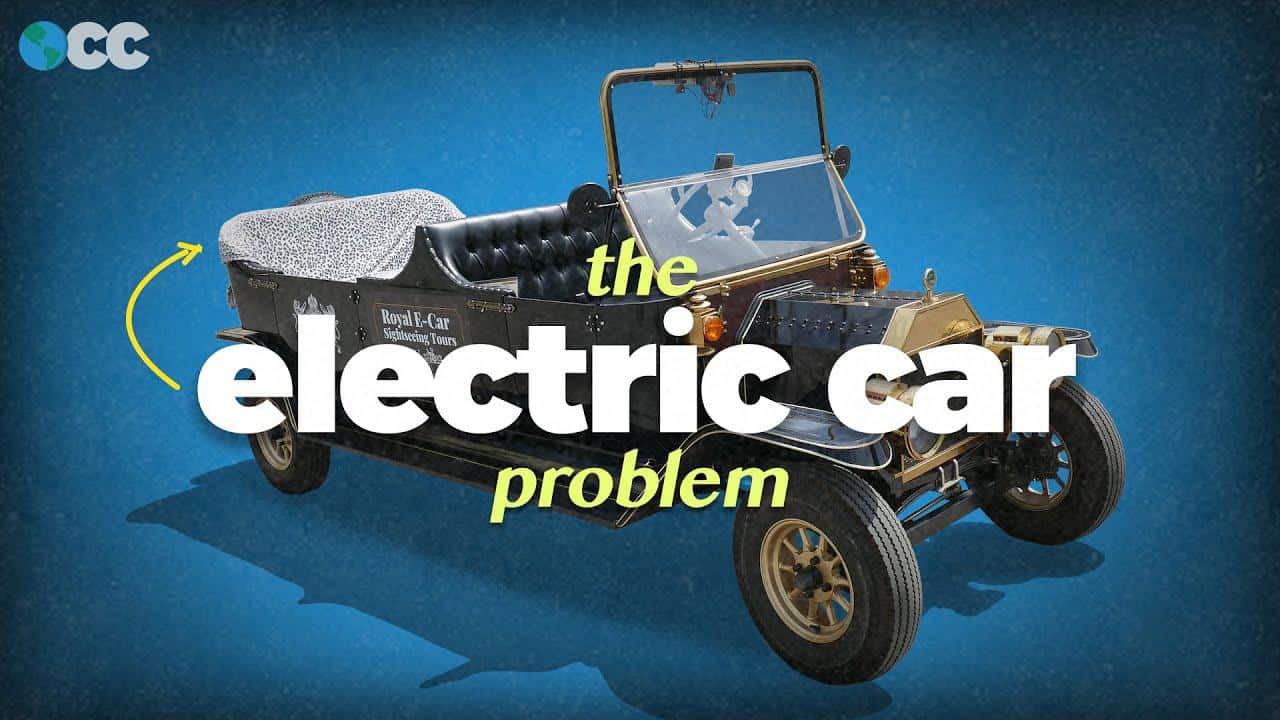 Tearing through the crowded streets of Philadelphia, an electric car and a gas-powered car sought to win a heated race. One that mimicked how cars are actually used. The cars had to stop at stoplights, wait for pedestrians to cross the street, and swerve in and out of the hundreds of horse-drawn buggies. That’s right, horse-drawn buggies. Because this race took place in 1908. It wanted to settle once and for all which car was the superior urban vehicle. Although the gas-powered car was more powerful, the electric car was more versatile. As the cars passed over the finish line, the defeat was stunning. The 1908 Studebaker electric car won by 10 minutes. If in 1908, the electric car was clearly the better form of transportation, why don’t we drive them now? Today, I’m going to answer that question by diving into the history of electric cars and what I discovered may surprise you.

In 1881, at a blistering pace of 9 mph, inventor Gustave Trouvé introduced the streets of Paris, and ultimately, the world to the quiet hum of the electric carriage. For the wealthy socialites of Paris, and their counterparts in New York, the horseless carriage was a must have, and electric motors were the superior choice. “By 1900, there were 4,192 vehicles on the streets in the U.S. Steam cars accounted for 1,681 of these; 1,575 were electric, and 936 had internal-combustion engines.”* If you just wanted to get around town, the electric carriage was a better option — that is, if you were rich enough to afford one. Unlike internal combustion engines, electric vehicles were easy to turn on, accelerate, brake, there was no exhaust, and didn’t have something exploding under your seat. Oh, and you also didn’t have to crank the engine every time you stopped, which is part of the reason why that electric Studebaker won the Philadelphia race so handily. As a result of this ease of use, electric cars were looking like big business in the early 1900s, especially for the industry giant Electric Vehicle Company. At the time, the Electric Vehicle Company was the biggest car manufacturer in the country, and they used a model that seems revolutionary now, but makes sense back then. Instead of selling their cars, they rented them to people for the day or for multiple days. Each night the renter could return the car to a central garage and the Electric Vehicle Company would charge and service the vehicle, a model very similar to how stables worked at the time. But despite the electric car’s success, its golden age was about to end.

To find out what happened, watch the video above!