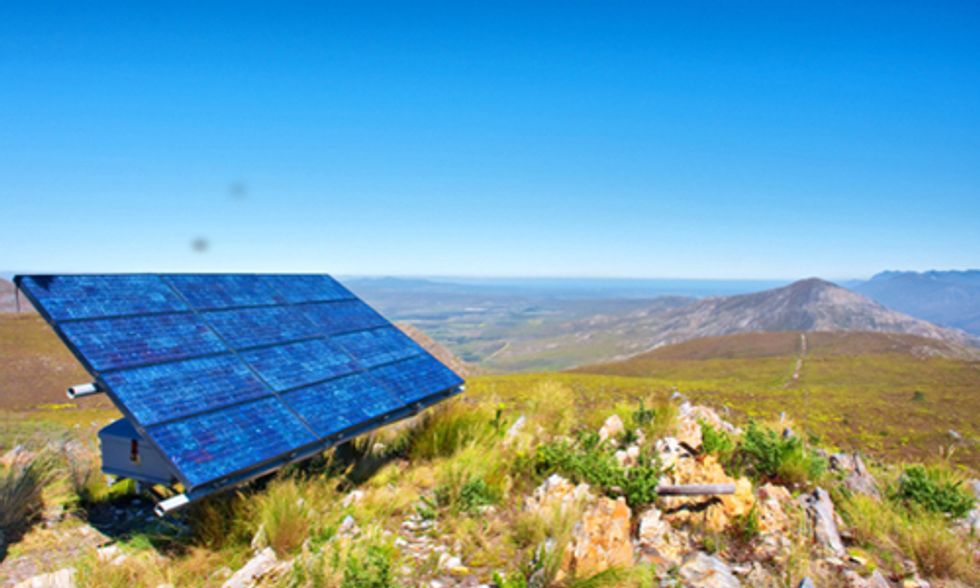 A popular narrative among climate deniers and green energy pooh-poohers is that addressing greenhouse gas emissions and climate change by promoting clean energy sources is a burden on the world's poorer countries and prevents their citizens from having access to affordable energy. A new report, Climatescope 2014: Mapping the Global Frontier for Clean Energy Investment, undermines that contention, showing that some of the world's poorest countries are already renewable energy leaders.

According to the report, which evaluated the ability of 55 countries to attract investments in clean energy based on their current and future policies and financing, developing nations are kicking the ass of established economies when it comes to building green economies. It found that emerging markets saw a 143 percent growth in clean energy capacity, compared to 84 percent for wealthier, established economies.

"Clean energy is the low-cost option in a lot of these countries,” said Ethan Zindler, an analyst for Bloomberg New Energy Finance, one of Climatescope's developers, along with the Multilateral Investment Fund of the Inter-American Development Bank Group and the U.K. Government Department for International Development. “The technologies are cost-competitive right now. Not in the future, but right now.”

"For years it has been widely accepted that only the world's wealthiest nations have the means to enjoy the benefits of zero-carbon emitting sources of energy," says the report's summary. "Developing nations, it was assumed, could only afford fossil generation. This belief guided numerous investment decisions and policies. It has even shaped the dynamics of international climate talks. But green technologies have come a long way, and clean energy technologies are no longer out of reach for developing countries, which are home to some of the most extraordinary wind, solar, geothermal, biomass, large and small hydro and other natural resources."

It goes on to say that reliance on diesel fuels has, in fact, meant that some of the world's poorest nations have the most expensive electricity.

"In the least developed nations, where hundreds of millions of people have little or no access to electricity, cleaner energy as a distributed source of power is often the obvious choice over extending traditional hub-and-spoke transmission networks or local diesel generators," it says. It points out that in some countries, like Jamaica, wind or solar power could be half the cost of fossil fuel-generated power.

This is the third year of the project which previously looked exclusively at Latin America and the Caribbean. This year it also evaluated countries in sub-Saharan Africa and Asia, taking a closer look at 10 Indian states and 15 Chinese provinces.

Why We Can't Ditch the 2 C Warming Goal