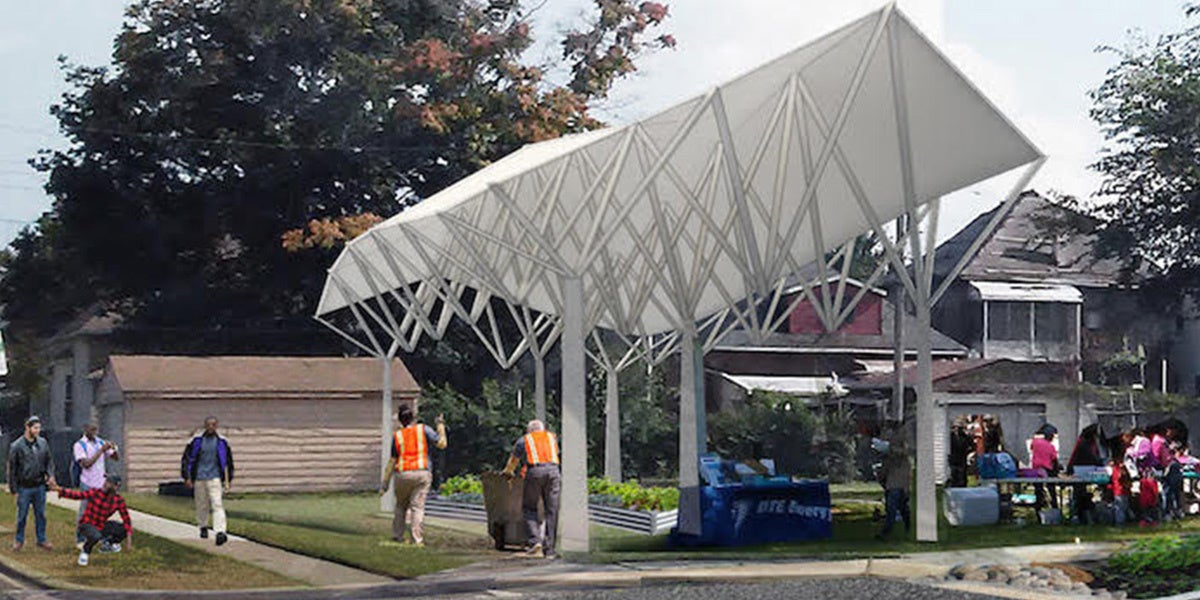 What do you do when the population of your neighborhood drops 60 percent in 15 years? When over a quarter of the homes in your neighborhood are abandoned, burned out, or unlivable? When you are surrounded by vacant lots, filled with trash?

If you are Will Bright, David Cross and Darrell West, you go to work. They are founders of It Starts At Home, a community redevelopment group working on saving Detroit, starting with ZIP code 48204.

When they look at those vacant lots, they see an opportunity to create a more self-reliant and sustainable neighborhood using solar power.

An innovative project they have developed with Studio Ci, an urban design collaborative based in Detroit, has been selected to compete in the U.S. Department of Energy’s Solar In Your Community Challenge, a $5 million contest “to support innovative and replicable community-based solar business models and programs that will bring solar to underserved communities.”

Located just northwest of downtown Detroit, ZIP code 48204 is bisected by Interstate 96, and home to sprawling junk yards and scrap metal operations. The population of the nearly all-black neighborhood has fallen from 42,316 in 2000 to only 25,096 in 2016, according to Census data. Currently 28 percent of homes are vacant, and many more have been torn down, leaving open land dotted throughout the neighborhood.

Their story is not unique in Detroit. As the local economy slowly rotted over the past 50 years, people moved out and home values dropped. The Detroit housing crisis hit rock bottom in the early 2010s, with the average sale price of homes in 2012 at $7,500 and more than half of property owners not paying property taxes.

In 2013, the city declared bankruptcy, the largest by a municipality in U.S. history.

As many as one in three homes in Detroit have been foreclosed and sold, some with the former owners still in the home, now forced to rent what used to be their own house. Many other homes were simply abandoned. The Detroit Land Bank Authority, a city agency sells abandoned homes, eBay-style, through online auctions. As of this writing, they list 12 properties in 48204, with bids starting at $1000, as is.

It Starts at Home

While speculators and absentee landlords are buying many foreclosed and abandoned homes, people in the neighborhoods have different plans.

Cross, Bright and West started the not-for-profit It Starts At Home when the vacant houses became a danger to the community.

“We had a couple kids that were raped,” Cross recalls in a video profile of the group. “One of the reasons was that they had access to abandoned homes. One of the kids was our friend’s daughter.”

“So after that we needed to start securing the homes,” he says. Bright recalls that the group began by boarding up four or five hundred homes, leading to a formal collaboration with Mayor Mike Duggan’s office. The city has a board-up program that provides supplies, Cross says, but the group recruits volunteers to do the work.

“My goal is to get everyone back in Detroit,” Cross says. “I love Detroit. I absolutely love Detroit. I’m a true advocate for the city. It’s a lovely city, it just needs some tender care right now.”

But boarding up vacant houses is only a temporary measure. The longer term goal is to make 48204 an attractive place to live, so the abandoned homes will attract new residents.

Working with Constance Bodurow of Studio-Ci, they are working on a plan to use the vacant lots to host solar power, community gardens and public space that will revitalize the neighborhood, create local jobs and deliver sustainable self-reliance.

“Our goal was to leverage Detroit’s vacancies as an asset,” Bodurow says, using what she calls “generative infrastructure.”

This includes Studio-Ci’s unique design of solar panels mounted on a canopy that doubles as a rainwater collector, capturing water to irrigate community gardens. In its full concept, it is integrated with electric heat pumps that use the stable temperature of ground to supply highly efficient heating and cooling. Bodurow has applied for two patents on the design.

The pilot project in 42804, known as the Seebaldt Pilot since it is starting on Seebaldt Street, will start with four 25 kilowatt solar canopies, enough to power 25 nearby homes and cut electric bills by 70 percent.

“Solar canopies will keep money in the community so we will have more money to send kids to college and get better educated,” Bright says.

Bright and Bodurow hope to have the solar pilot project up and running by November. They’ll be tapping volunteers in the neighborhood to help a contractor with the construction.

Once tested and proven at the “one block” scale, the plan is to replicate the design across the entire 48204 district. Bodurow points out that one-third of the area is vacant, enough space to do six megawatts of solar, which could power all 11,000 households, not to mention provide stormwater management, rainwater collection and food production.

Eventually, Bright says, “we want to go across the world with it.”

The idea has already received global recognition, winning a prestigious $100,000 design prize from the LafargeHolcim Foundation in Switzerland, beating out 5,000 applicants. The contest’s jury “greatly appreciated the proposal’s fundamentally optimistic approach,” according to the foundation. 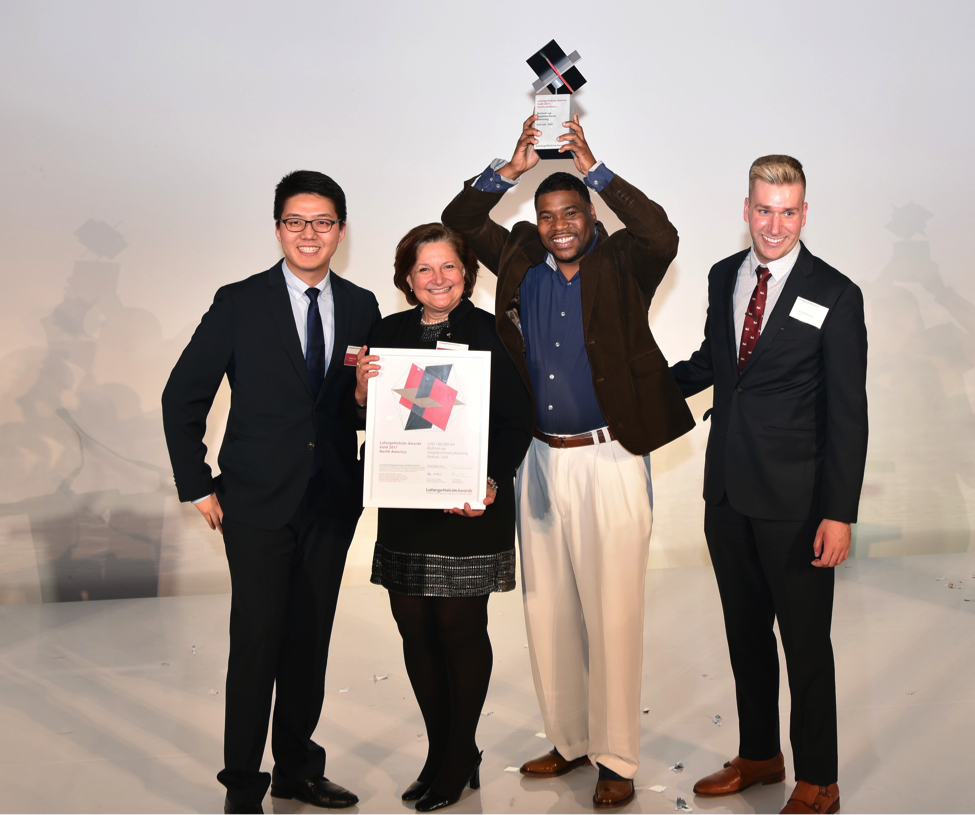 The winning team of the LafargeHolcim Awards for North America. Their project for bottom-up neighborhood planning in Detroit won the competition for sustainable design. LafargeHolcim Foundation

The project will also have to resolve some policy issues. Delivering power from neighborhood generators is a new idea in Michigan and the local utility, DTE Energy, is not completely on board, Bright says. “Our approach is a few years ahead of them. But we have engaged with them and they understand what we are doing.”

He points to the growing push from the state to do more renewables, and the economic pressure coming from low-cost wind and solar.