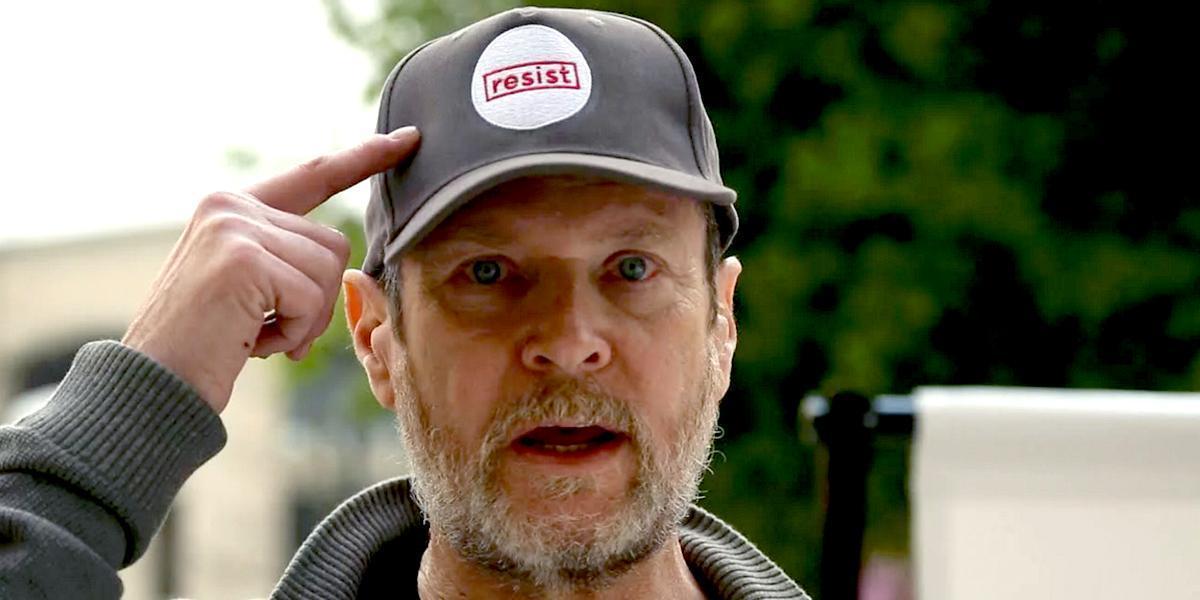 A Silicon Valley venture capitalist said he is willing to spend millions to convince Elon Musk to dump Donald Trump over his “disastrous” climate change policies, and he is pressuring the Tesla/SpaceX CEO to withdraw from the president’s business councils.

“Musk’s support for Trump, and his failure to speak out against Trump’s policies, are inconsistent with Tesla’s values,” a campaign petition states. 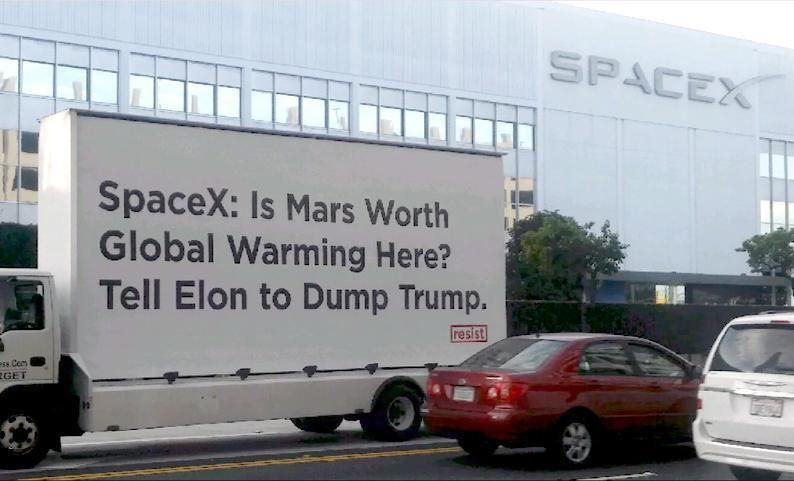 Over the past month, Derwin has deployed mobile billboards around the offices of Elon Musk’s various companies. Photo credit: Doug Derwin

Musk is one of the most admired leaders in tech and is very outspoken on the dangers of climate change. But in December, Musk caught some flak when he joined the Strategic and Policy Forum, an advisory board for the president on business issues.

Bloomberg reported that Derwin decided take action after learning that Musk was meeting with the new president, who is a climate change denier and is rolling back critical environmental regulations. Derwin, who was actually in the process of purchasing a Tesla, decided to cancel his order and donated the $150,000 for the cost of the car to the American Civil Liberties Union.

“Trump was using Elon to legitimize himself,” Derwin told Bloomberg. “It says a lot to low information voters that Trump can’t possibly be that bad because here is Elon Musk hanging on his every word. That’s why I canceled the order. A principled opposition is important here.”

Derwin told the Guardian he is particularly incensed by the president’s onslaught of environmental regulation rollbacks.

“I want Musk to speak up against Donald Trump’s climate change policies,” he added. “His failure to do so sends the message that it’s not really a big deal and not worth his time.” 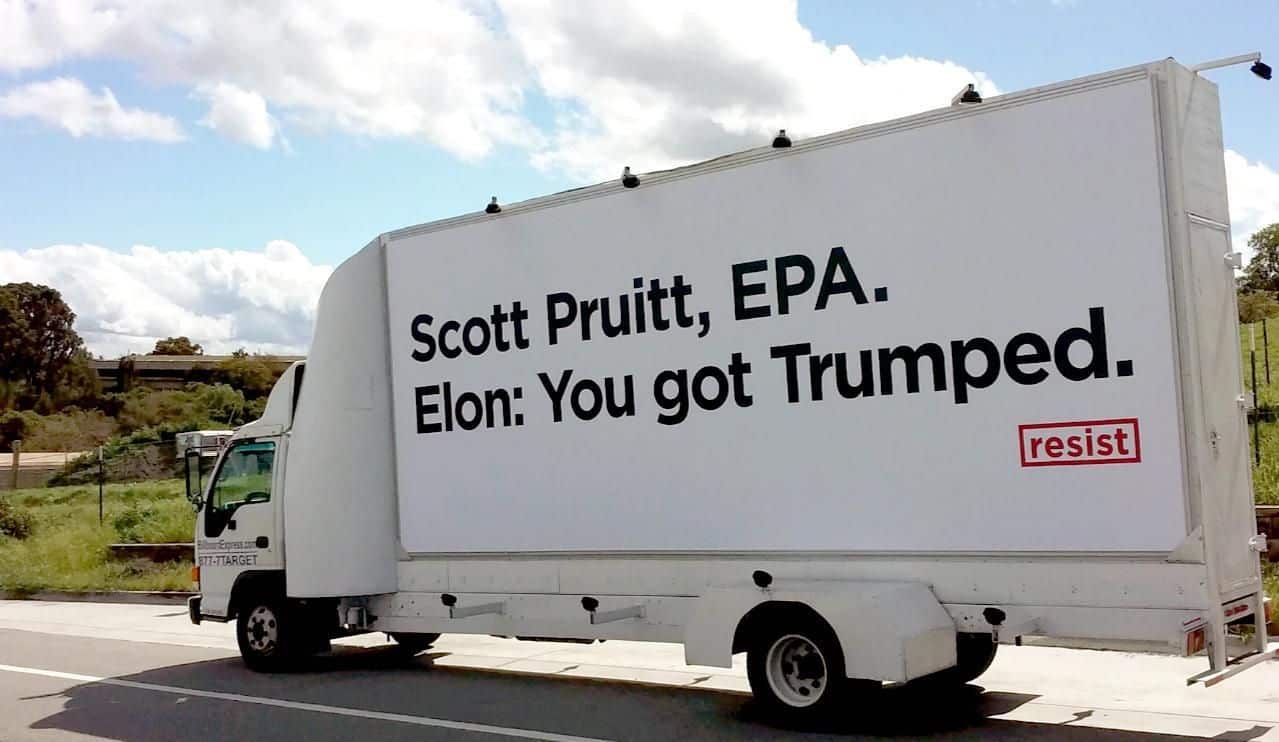 Derwin plans to set up information booths at college campuses to persuade young engineers to avoid working at Musk’s companies. He also said he will pay people who’ve made deposits for the upcoming Tesla Model 3 to cancel their orders.

Derwin said he will stop the campaign and donate one million dollars to a charity of Musk’s choice if he severs ties with the administration and speaks out against the president.

In previous statements, Musk said he is committed to pushing Trump on issues like immigration and climate change but was also uncomfortable about the criticism he has received for joining the committees.

“Really don’t want to get in politics. I just want to help invent and develop technologies that improve lives. Feels so bizarre,” Musk tweeted in February.