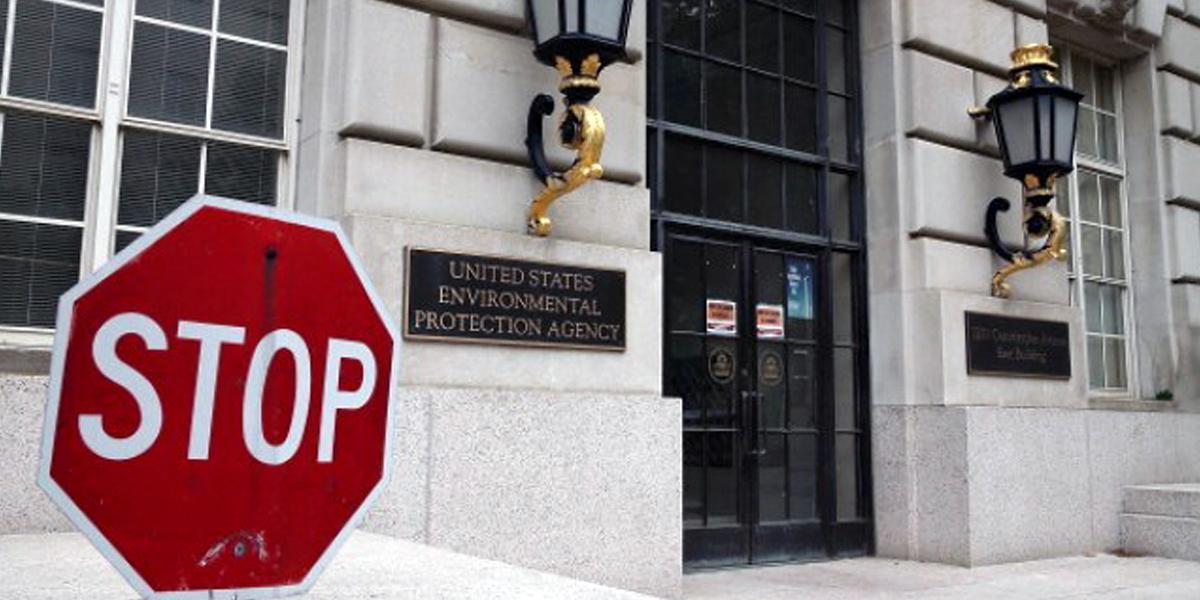 It’s simple. Clear air, drinkable water and a livable climate should not be partisan issues.

Four former U.S. Environmental Protection Agency (EPA) administrators were appointed by four different presidents—two Democrats and two Republicans. So, what could they have in common?

All of them have spoken out against the current administration’s environmental policies—as new EPA Administrator Scott Pruitt repeats fossil fuel talking points, the president signs extreme executive orders that roll back environmental progress and a new federal budget proposes to cut EPA funding by 31 percent.

But here’s just some of what these former administrators had to say:

“For a prospective EPA administrator to doubt or even contest a conclusion that 11 national academies of science have embraced is willful political obstruction.”

“I don’t recall ever having seen an appointment of someone who is so disdainful of the agency and the science behind what the agency does … [Scott Pruitt] obviously doesn’t care much for the agency or any of the regulations it has promulgated. He doesn’t believe in climate change; he wants to roll back the Clean Power Plan.”

"I think, as a matter of law, that carbon is a pollutant has been settled" -Christine Todd Whitman, Bush's EPA head https://t.co/s0bsgsia6n

Science Has No Party Affiliation

It’s clear from the words of these former EPA chiefs—Democrats and Republicans alike—that climate science and the mission of the EPA shouldn’t be political footballs. But while what’s going on in Washington, DC is discouraging at best, we don’t have time to waste on despair and cynicism.

As Climate Reality founder, former U.S. Vice President Al Gore, has said, “We must, we can and we will solve the climate crisis. No one man or group can stop the encouraging and escalating momentum we are experiencing in the fight to protect our planet.” No matter what’s going on in DC, you can take action.

Here are four things you can do right now to be part of the movement to solve the climate crisis:

1. Join us at the People’s Climate March on April 29 (in DC and around the country). Like we saw at the Women’s March in January, regular people like us can send a powerful message to policymakers when we come together in massive numbers and speak with one voice. On April 29, we’re coming together again and marching to demand climate action.

2. Subscribe to email alerts to be notified when the next Climate Reality Leadership Corps training will take place. You’ll be the first to know when and where you can attend our next event with hundreds of other committed activists.

3. Take one action every day to stop climate change, organized by our friends at Years of Living Dangerously. Because every action you take can make a difference.

4. Pledge to #StandWithReality. According to a recent Gallup poll, seven in 10 Americans want to emphasize alternative energy over oil, gas and coal. Existing renewable technologies like wind and solar are creating millions of jobs around the world and will help us solve the climate crisis. But we have to make sure our leaders insist on truth, accept reality and listen to science.