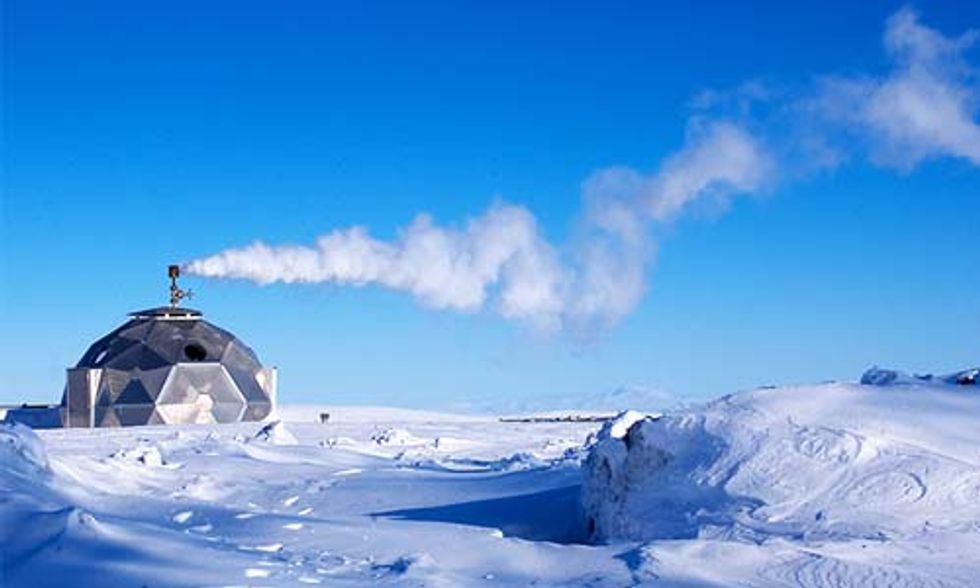 In the midst of controversy over BC's Peace River Site C dam project, the Canadian Geothermal Energy Association released a study showing the province could get the same amount of energy more affordably from geothermal sources for about half the construction costs. Unlike Site C, geothermal wouldn't require massive transmission upgrades, would be less environmentally disruptive and would create more jobs throughout the province rather than just in one area.

Despite the many benefits of geothermal, Canada is the only “Pacific Ring of Fire" country that doesn't use it for commercial-scale energy. According to DeSmogBlog, “New Zealand, Indonesia, the Philippines, the U.S. and Mexico all have commercial geothermal plants." Iceland heats up to 90 percent of its homes and supplies 25 percent of its electricity, with geothermal.

Geothermal energy is generated by heat from Earth's rocks, liquids and steam. It can come from shallow ground, where the temperature is a steady 10 to 16 C, hot water and rocks deeper in the ground or possibly very hot molten rock (magma) deep below Earth's surface. As with clean-energy sources like solar, geothermal energy systems vary, from those that use hot water from the ground directly to heat buildings, greenhouses and water, to those that pump underground hot water or steam to drive turbines. The David Suzuki Foundation's Vancouver and Montreal offices use geothermal.

According to National Geographic, geothermal power plants use three methods to produce electricity: dry steam, flash steam and binary cycle. Dry steam uses steam from fractures in the ground. “Flash plants pull deep, high-pressure hot water into cooler, low-pressure water," which creates steam. In binary plants, which produce no greenhouse gas emissions and will likely become dominant, “hot water is passed by a secondary fluid with a much lower boiling point," which turns the secondary fluid into vapor.

Unlike wind and solar, geothermal provides steady energy and can serve as a more cost-effective and less environmentally damaging form of baseload power than fossil fuels or nuclear. It's not entirely without environmental impacts, but most are minor and can be overcome with good planning and siting. Geothermal fluids can contain gases and heavy metals, but most new systems recycle them back into the ground. Operations should also be located to avoid mixing geothermal liquids with groundwater and to eliminate impacts on nearby natural features like hot springs. Some geothermal plants can produce small amounts of CO2, but binary systems are emissions-free. In some cases, resources that provide heat can become depleted over time.

Although geothermal potential has been constrained by the need to locate operations in areas with high volcanic activity, geysers or hot springs, new developments are making it more widely viable. One controversial method being tested is similar to “fracking" for oil and gas. Water is injected into a well with enough pressure to break rock and release heat to produce hot water and steam to generate power through a turbine or binary system.

Researchers have also been studying urban “heat islands" as sources of geothermal energy. Urban areas are warmer than their rural surroundings, both above and below ground, because of the effects of buildings, basements and sewage and water systems. Geothermal pumps could make the underground energy available to heat buildings in winter and cool them in summer.

New methods of getting energy from the ground could also give geothermal a boost. Entrepreneur Manoj Bhargava is working with researchers to bring heat to the surface using graphene cords rather than steam or hot water. Graphene is stronger than steel and conducts heat well. Bhargava says the technology would be simple to develop and could be integrated with existing power grids.

Unfortunately, geothermal hasn't received the same level of government support as other sources of energy, including fossil fuels and nuclear. That's partly because upfront costs are high and, as with oil and gas exploration, geothermal sources aren't always located where developers hope they'll be. As DeSmogBlog notes, resources are often found in areas that already have access to inexpensive hydro power.

Rapid advancements in renewable-energy and power-grid technologies could put the world on track to a mix of clean sources fairly quickly—which is absolutely necessary to curtail global warming. Geothermal energy should be part of that mix.