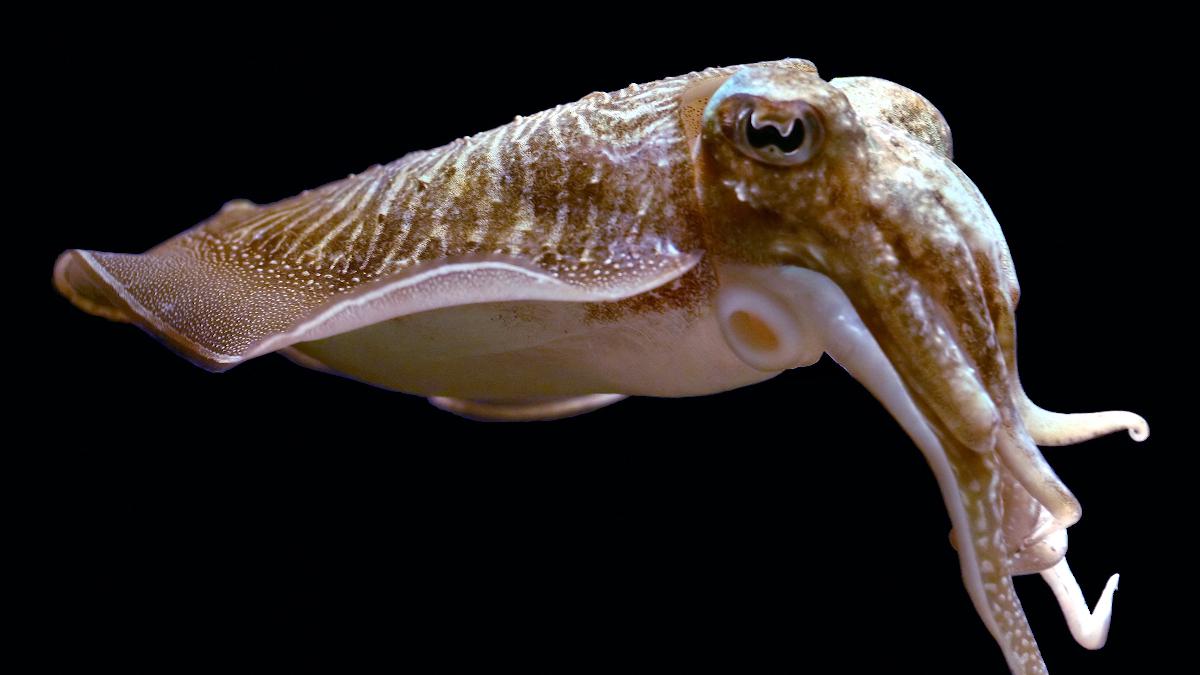 A common cuttlefish like this can pass the "marshmallow test." Hans Hillewaert / CC BY-SA 4.0

Cuttlefish, marine invertebrates related to squids and octopuses, can pass the so-called “marshmallow test,” an experiment designed to test whether human children have the self-control to wait for a better reward.

The study, published in Proceedings of the Royal Society B on Wednesday, puts cuttlefish in the ranks of larger-brained vertebrates like great apes, parrots and corvids in terms of how long they can delay gratification and makes them the first invertebrates to demonstrate self control, Live Science reported.

“Self-control is thought to be the cornerstone of intelligence, as it is an important prerequisite for complex decision-making and planning for the future,” lead author and University of Cambridge psychology research associate Alex Schnell told Live Science.

The marshmallow experiment was first conducted in Stanford by Walter Mischel in the 1960s. To test the mechanisms behind self control, children were given a choice between having one marshmallow, or another treat, now or waiting 15 to 20 minutes to get two. Recent research has cast doubt on the idea that children’s ability to wait determines success later in life, as The Atlantic explained. Instead, both that ability and later achievements may be explained by external factors such as economic stability. Still, that hasn’t stopped the test from becoming a viral meme among quarantine-weary parents, as Buzzfeed explained.

“Cuttlefish in the present study were all able to wait for the better reward and tolerated delays for up to 50-130 seconds, which is comparable to what we see in large-brained vertebrates such as chimpanzees, crows and parrots,” Schnell told the Marine Biological Laboratory (MBL), where the research was conducted.

The researchers then also tested the cuttlefish for intelligence, and found that the cuttlefish who were able to wait longer for their favorite foods also did better on a learning test. This marks the first time that intelligence and self-control have been linked in an animal other than humans or chimpanzees.

However, Schnell and her colleagues are not sure why cuttlefish need self-control. For social animals like parrots, crows, apes and humans, it is important for group solidarity. For example, humans wait to eat in order to share meal times. It may also be important for tool building animals who need to have patience to construct a tool before hunting.

In cuttlefish, the researchers hypothesize, self-control serves a different function.

“Cuttlefish spend most of their time camouflaging, sitting and waiting, punctuated by brief periods of foraging,” Schnell told MBL. “They break camouflage when they forage, so they are exposed to every predator in the ocean that wants to eat them. We speculate that delayed gratification may have evolved as a byproduct of this, so the cuttlefish can optimize foraging by waiting to choose better quality food.”

The fact that both camouflaging cuttlefish and social apes need self-control is an example of something called convergent evolution, a process in which animals develop the same traits by different mechanisms.

Correction: An earlier version of this story said the study was published Thursday. It has been updated to say that it was published Wednesday, March 3.