Fish Are Losing Their Sense of Smell 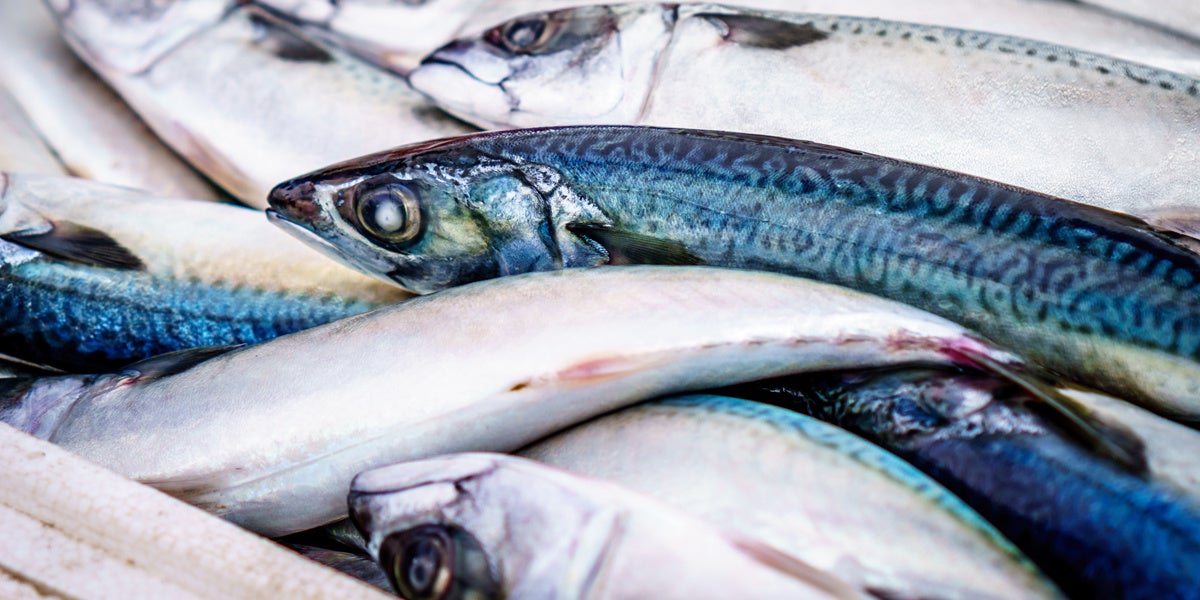 There have been numerous wake-up calls about the effects of climate change on marine life. As ocean waters heat up, they are bleaching corals. Growing levels of carbon dioxide are acidifying seawater, which is degrading the shells and skeletons of sea organisms. The rising temperatures are prompting fish to migrate to colder waters, even causing them to shrink.

Now climate change is starting to affect their sense of smell, a phenomenon that will worsen in the coming years if global warming continues unabated, according to new research. A sense of smell is indispensable to fish. They use it to find food, detect imminent danger and elude predators, to find safe environments and spawning areas, even to recognize one another.

To lose it could threaten their very survival. If this happens, it also would mean big trouble for the fishing industry, tourism and, most importantly, global nutrition, since many of the world’s people—including its poorest—depend on fish for food.

“Future levels of carbon dioxide can have large negative effects on the sense of smell of fish, which can affect fish population numbers and entire ecosystems,” said Cosima Porteus, a researcher at the University of Exeter and author of the study, which appears in the journal Nature Climate Change.

“This can be prevented, but we must reduce carbon emissions now before it’s too late.”

Carbon dioxide combines with seawater to produce carbonic acid, which makes the water more acidic. Since the Industrial Revolution, oceanic CO2 has risen by 43 percent and is projected to be two and a half times current levels by the end of this century, according to the scientists.

Experts believe that about half of anthropogenic carbon dioxide—that is, emissions produced by human activities, such as the burning of fossils fuels—has over time ended up in the oceans, lowering the pH of seawater, and making it more acidic.

Porteus—collaborating with scientists from the Centre of Marine Sciences in Faro, Portugal and the Centre for Environment, Fisheries and Aquaculture Science in the UK—compared the behavior of juvenile sea bass at carbon dioxide levels typical of today’s ocean conditions with those predicted for the end of the century. 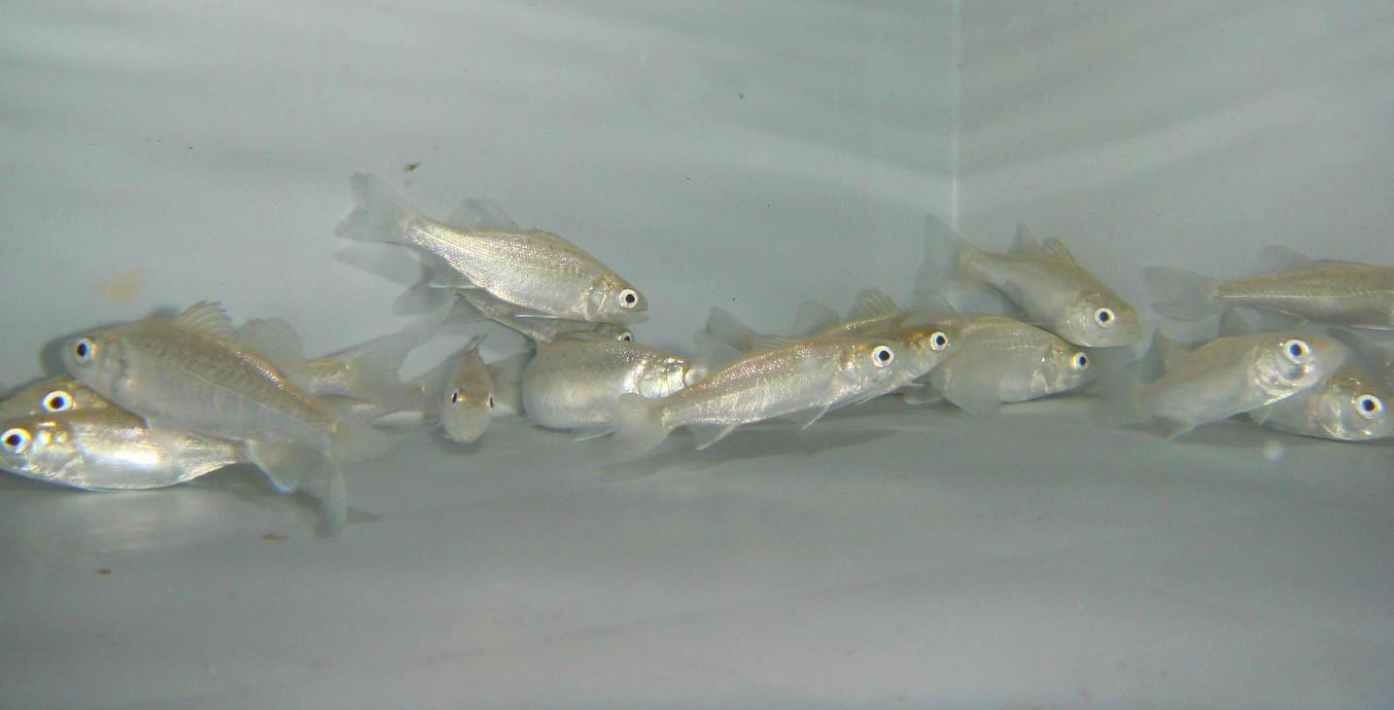 They found that sea bass exposed to the more acidic conditions swam less and were less likely to react when encountering the smell of a predator, offered to them in the form of very dilute monkfish bile. Also, they were more likely to “freeze,” a sign of anxiety, she said.

“I found the longer they were in high CO2, the worse they fared,” she said. The scientists also measured the ability of the fish to detect certain odors in different levels of acidity by recording their nervous system activity.

“I recorded the olfactory—smell—nerve response by measuring the electrical activity of the nerve to these different odorants in the water that flowed over the nose of the fish in both normal and high CO2 seawater,” Porteus said.

“The odorants tested were those that would be involved in finding food—amino acids—and in recognizing fish of the same or other species, including bile acids, bile, intestinal fluid, etc., at different concentrations, and at levels they would encounter in the wild,” she added.

The researchers found that seawater acidified with levels of carbon dioxide that are expected by the end of the century—if global warming continues—reduced the sense of smell of sea bass by half, compared with today’s levels.

“Their ability to detect and respond to some odors associated with food and threatening situations was more strongly affected than for other odors,” Porteus said. “We think this is explained by acidified water affecting how odorant molecules bind to olfactory receptors in the fish’s nose, reducing how well they can distinguish these important stimuli.”

They did not compare the impact of today’s ocean acidity levels with those of pre-industrial times, although they plan further research to do so. “It is possible that sea bass are already being affected by a rise in oceanic pH,” she said. 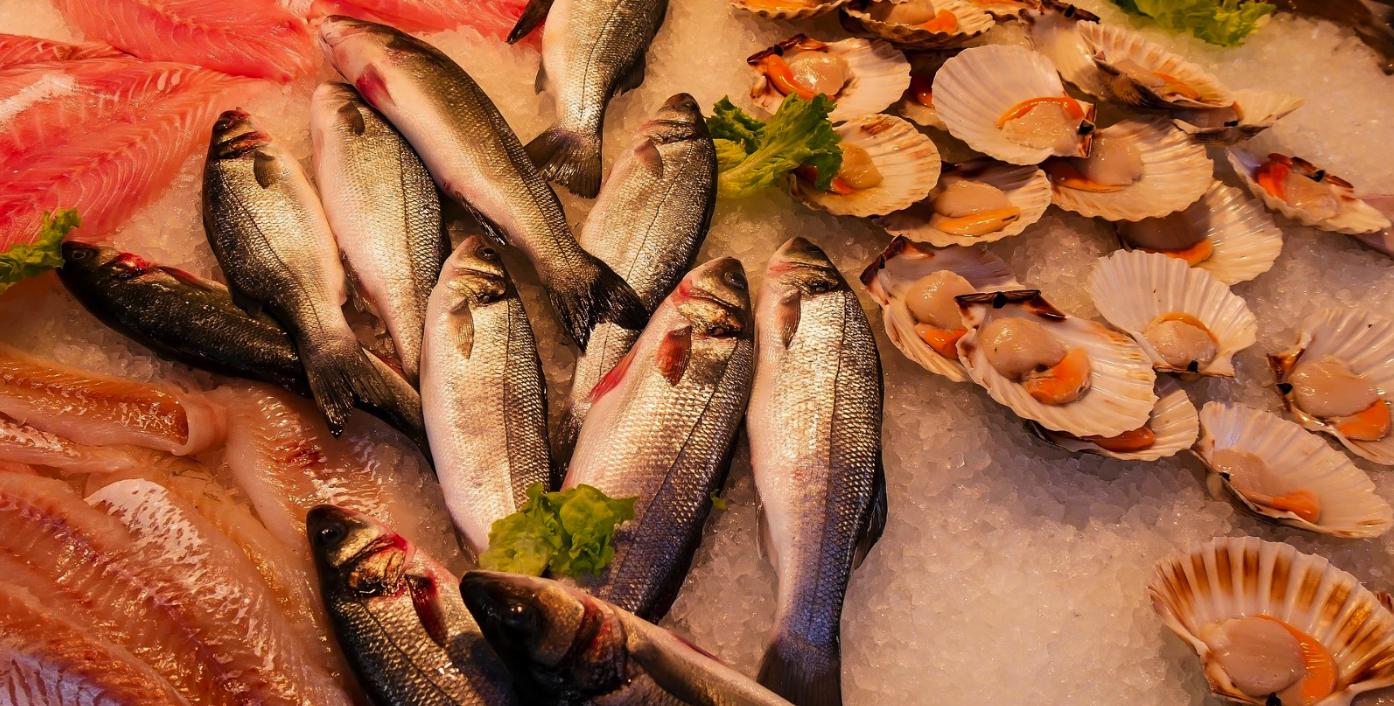 Fresh catch at the fish market.Pixabay

The researchers also studied the impact of high levels of CO2 and acidity on genes expressed in the nose and brain of sea bass and found them altered—but not in a good way. Rather than adjust, things deteriorated, Porteus said.

“The gene expression experiment was conducted to see if these fish were able to compensate for their loss of sense of smell over a short period of time, not generations,” she explained. “Animals have some ability to respond to a stressful condition by making more proteins or different proteins that work better under different conditions.”

Researchers can determine this by looking at what genes change or are different between animals exposed to different conditions, normal and high CO2, for example, according to Porteus.

“One way to smell something better is to have more receptors detecting these smells in order to increase the chance that particular smell will be detected, and therefore increase the expression of these receptors,” she said. “Another way is [for them] to make a slightly different receptor that works better under lower pH. However, we did not find any evidence this was the case.”

Instead, they found the fish were making fewer such receptors, making it more difficult for them to detect smells, she said.

“There was a decrease in ‘active’ genes, indicating that these cells were less excitable, therefore responding even less to smells in the environment,” she said. “This means that these fish had a reduced sense of smell and instead of compensating for this problem, the changes in their cells were making the problem worse. This matched our observations of their behavior.”

The team chose to study European sea bass because they are an economically important species, both for food consumption and for sport fishing, Porteus said.

Nevertheless, “we think the ability to smell odors is similar in most, if not all, fish species, so what we have found for sea bass will almost certainly apply to all fish species, and maybe invertebrates too, such as crabs, lobsters etc.,” she said. “So all the commercially important species are likely to be affected in a similar way, such as salmon, cod, plaice, turbot, haddock etc.”

This is important because 20 percent of the protein consumed by 3 billion people comes from seafood, and about 50 percent of this comes from fish caught from the wild, according to Porteus. “Therefore, increases in carbon dioxide in the ocean have the potential to affect all fish species, including those that many people rely on for food and livelihood,” she said.