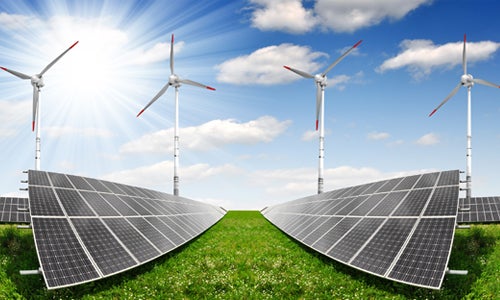 President Obama’s recent announcement that he wants to begin normalizing relations with Cuba generated news around the world. But the Cuban province of Granma may soon be making headlines for another reason: its embrace of renewable energy. 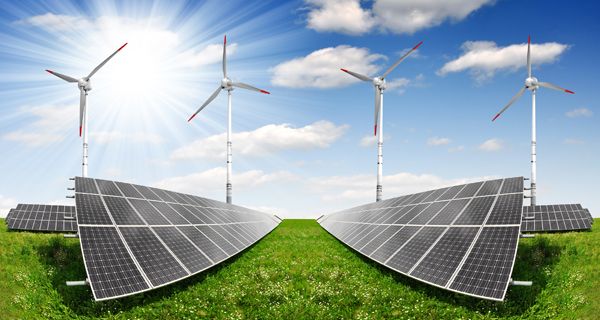 Cuba wants to generate 24 percent of its energy from renewables by 2030 with the Granma province as its model.

While Cuba is an island full of sun, rivers and windy coasts, only four percent of the island’s electricity is generated from renewable energy. The island hopes to soon change that, with a goal of generating 24 percent of its energy from renewables by 2030, and Granma is leading the way.

Granma province (pop. 836,000), located in the eastern part of the island, is home to the Sierra Maestra, and is named after the boat from which Fidel Castro and his rebel soldiers disembarked to begin the Cuban Revolution. The Cuban government wants to make Granma province 100-percent renewably powered, a project the Cubans call “The Solarization of Granma Province,” as a model the rest of the island can follow. They are well on their way. In 2013, renewables supplied 37 percent of all the energy consumed in Granma province, and the province currently has 3,664 renewable energy systems in operation. These include everything from solar photovoltaic (PV) systems to biogas digesters to solar food dryers.

Energy From the Sun

Granma province, being in the most mountainous part of Cuba, has many isolated rural towns. At last count the province had 1,628 small off-grid PV systems powering medical clinics, hospitals, schools, social centers, museums and homes located in remote areas without access to grid power. The Cuban government funded most of these systems, supplied with PV panels fabricated in Cuba out of imported cells. Cubans take education so seriously that across the island all 2,364 schools in rural areas without grid power are powered with solar panels and wind turbines—including the 51 schools with only one student. Many of these fall in the mountainous regions of Granma province.

Taking advantage of the huge amount of sun that falls on the province, there are also 426 solar hot water heaters, three solar distillers to produce water for PV system batteries and a solar dryer that dries medicinal plants for the Natural Medicine Center.

Energy From Water and Wind

Granma province is also blessed with many small rivers. Thirty-six mini- and micro-hydropower plants produce over seven megawatts (MW) of electricity for homes, hospitals and schools not connected to the grid. Five of these, with a capacity of 1,740 kilowatts (kW), feed electricity into the grid. However, many even more remote homes in the area were left without electricity until a young campesino named Miguel Gonzalez figured out he could develop a cheap way to electrify the homes with running water. Using car alternators and bicycle dynamos he created a small nano-hydro generator with a capacity of less than one kW that is now used in 172 homes throughout Granma province, allowing people access to electric light, radio and television.

Although most of the wind potential on the island is found along the coast, there are 938 windmills that pump water in Granma. And wind-measuring stations have shown that there is a potential of more than 800 MW wind capacity in the province (and far more across the entire island), so they hope to put up more wind turbines, adding to the five wind farms across the island that currently account for 11 MW of installed capacity.

Sugar is one of Cuba’s largest export crops. Granma province is home to 11 of the 56 sugar mills in the country, all of which employ generators that turn the bagasse—the waste material that remains after sugarcane is crushed to extract the juice—into electricity. The Granma sugar mills produce 29 MW of electricity that power the processing plants and that occasionally gets fed back into the grid. The province also has abundant biomass in the forms of sawdust, coffee husks, rice hulls and marabú, an invasive plant that seems to be everywhere and that you will hear Cubans across the island grumbling about over their coffee. Granma has 14 commercial dryers to dry coffee, rice and wood; 135 brick kilns; and 632 domestic kitchens that use these sources of biomass.

There are also 127 biodigestors throughout the province that use animal waste from cows and pigs to produce methane. The methane is used to run lights or for cooking. Animals are not only being utilized for their waste, but also for transport. The 4,000 animal drawn carts transporting passengers, solid waste and cargo throughout Granma save an estimated 5,900 metric tons of diesel per year.

Cuban environmental engineers are also experimenting with making biodiesel out of Jatropha curcas, a non-edible plant that grows in difficult terrain. There is currently a 20-acre Jatropha farm in Granma making biodiesel for the province’s tractors.

Educating the Next Generation

Granma province is home to the Camilo Cienfuegos School Complex (CECC), the first educational project built by the Cuban Revolution in 1962. The school complex, covering more than 1,000 acres in the largest city of Granma province, was built for illiterate children of the Sierra Maestra, and currently has 5,000 students from preschool to high school, and even a pedagogical institution for those learning to be teachers. The campus showcases bioclimatic architecture, and one of the main focuses of the school is environmental education.

Schoolchildren throughout the island belong to school clubs, and many of the clubs at CECC are related to environmental issues and renewable energy. So many so that in 2003 the Center for Solar Studies was added to the school complex, which showcases solar photovoltaic panels, solar hot water systems, wind turbines, hydraulic ram pumps, biogas systems, and solar distillers, dryers and cookers.

“We aspire to convert Granma into a province that is a model in everything related to solar energy, as an example that the rest of the country can follow,” according to the president of the provincial assembly of people’s power in Granma province (equivalent to a city council). “We are required to create active environmentalists,” he wrote in Cuba’s renewable energy magazine, “citizens who are not only concerned but who also address environmental problems closely related to energy use and who contribute to their solution—from children in small, rural schools, to residents of a neighborhood affected by pollution, to workers demanding the elimination of violations of environmental regulations.”

Granma province is well on its way to achieving its goal and becoming a 100-percent renewable province. For the entire island to reach its goal of 24 percent renewable by 2030, it plans to add 640 MW of wind, 700 MW of PV, and 750 MW of biomass to its mix. While some of these projects will be 100-percent Cuban owned, the island will be looking for more than $9 billion in foreign investment for more than 200 new renewable energy projects. Time will tell if President Obama’s historic phone call with Raul Castro opened new doors to help make that renewable energy transition happen.