Why Do Crocodiles Today Look the Same as They Did 200 Million Years Ago? 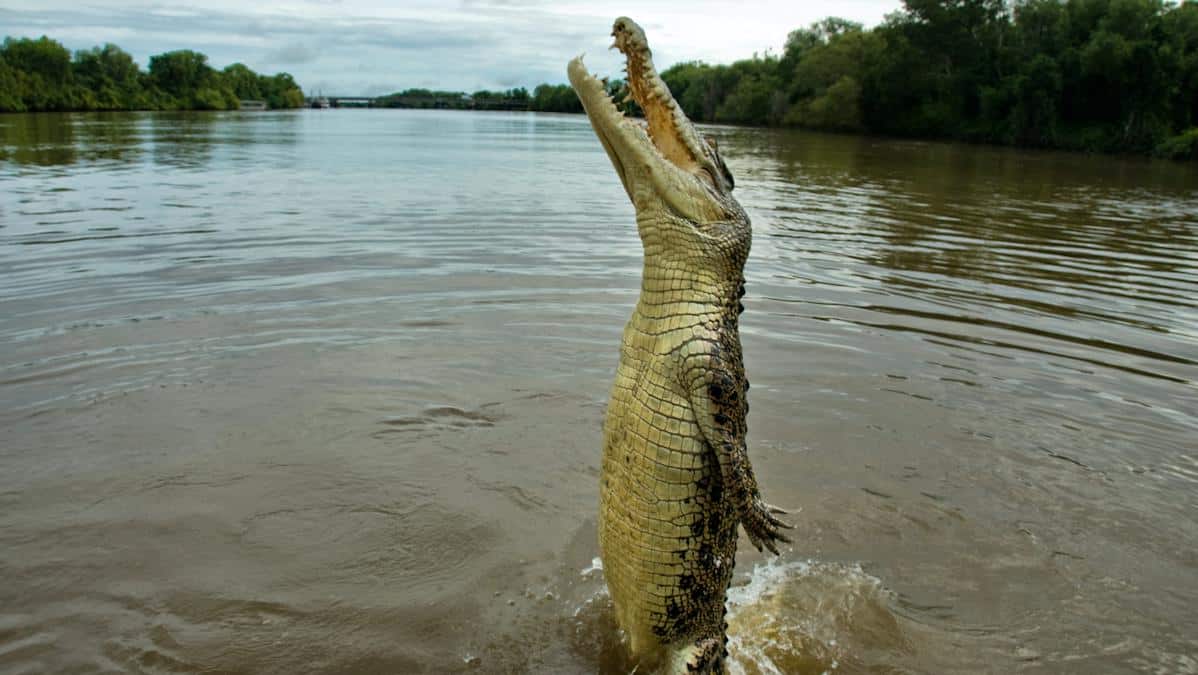 One of the most enduring tropes about crocodiles is to describe them as “living fossils.” They are cold, slow moving and scaly, so they look like how one might picture a dinosaur. Like many clichés, there is an element of truth to this comparison. The crocodiles from 200 million years ago look surprisingly like the ones we know today.

But why have the modern crocodilians, including crocodiles, alligators and caimans, changed so little over such an immense span of time? In new research, published today, we have attempted to answer this question using advanced evolutionary modeling.

Relatives of crocodiles have been around for an extraordinary length of time, their fossil remains having been found in rocks from the early Jurassic period, around 200 million years old. Stranger still, these crocodiles from the age of the dinosaurs often look surprisingly like the crocodilians of today. All modern forms have long snouts, powerful tails, armoured skins and a sprawling gait, and many fossil forms are extremely similar.

This lack of change over such a long time is highly unusual, especially considering the immense diversity of modern animals that has accumulated in a much shorter time interval.

For example, the true birds first appear in the fossil record many millions of years after the first crocodiles, yet today they number around 10,000 species, ranging from hummingbirds to ostriches. The crocodilians have only 25 species, and besides some variation in the shape of their skull they all look fairly similar.

However, this lack of modern diversity is deceptive, and there are many more exotic and unfamiliar crocodilian relatives known in the fossil record. This has included fast runners, ocean-going swimmers, burrowers, bipeds and herbivores. 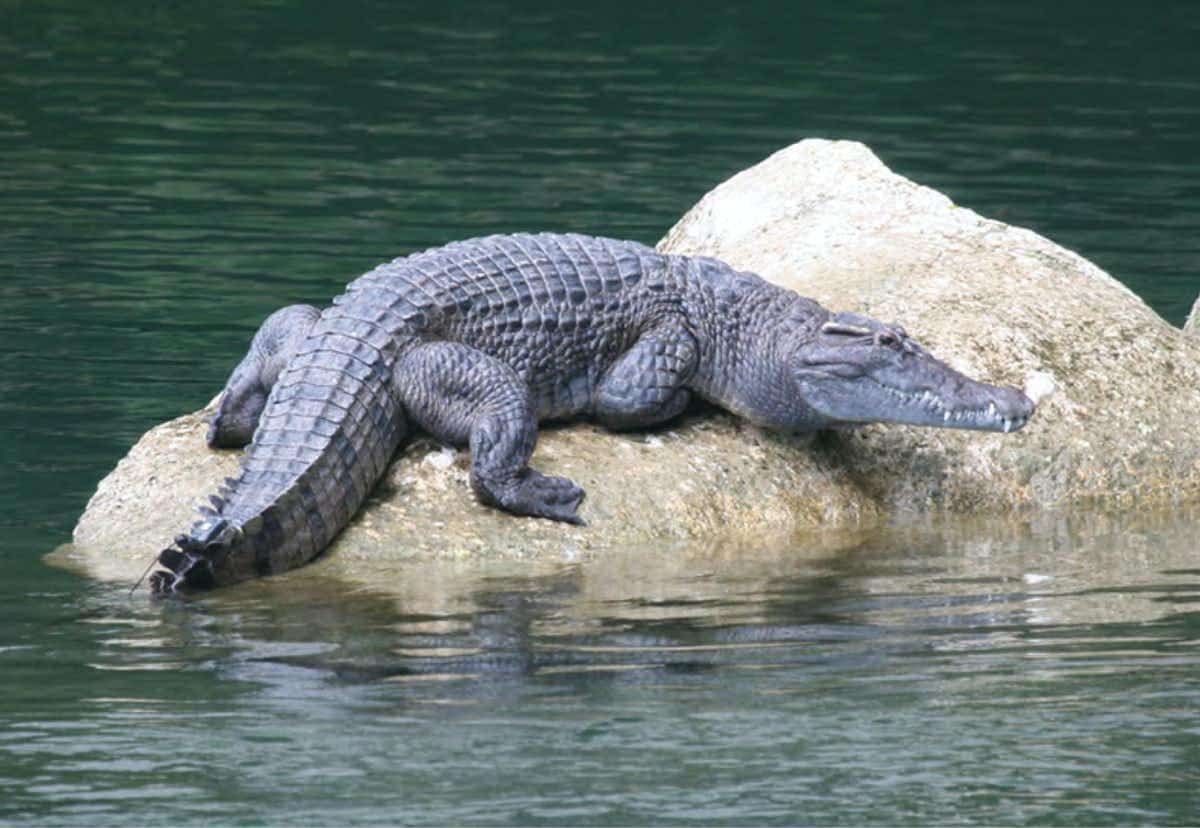 The Philippine crocodile is one of 24 species of crocodilian alive today. Wikimedia, CC BY 3.0

We developed an evolutionary model for our analysis by comparing body size data from crocodile fossils. This data, combined with the evolutionary relationships between each species, enabled us to calculate the trajectory of body size evolution through time. We could then calibrate this trajectory with the dates of the fossils, giving us a measure of body size change per unit time – their evolutionary rate.

These calculations yielded a measure of evolutionary rate for each species in our study, and the distribution of these rates revealed a new insight into how the crocodiles evolved. The majority of the species we looked at were only evolving very slowly, with a handful of species evolving more quickly. The more rapidly evolving species didn’t appear independently, instead tending to emerge together when the climate was warmer. 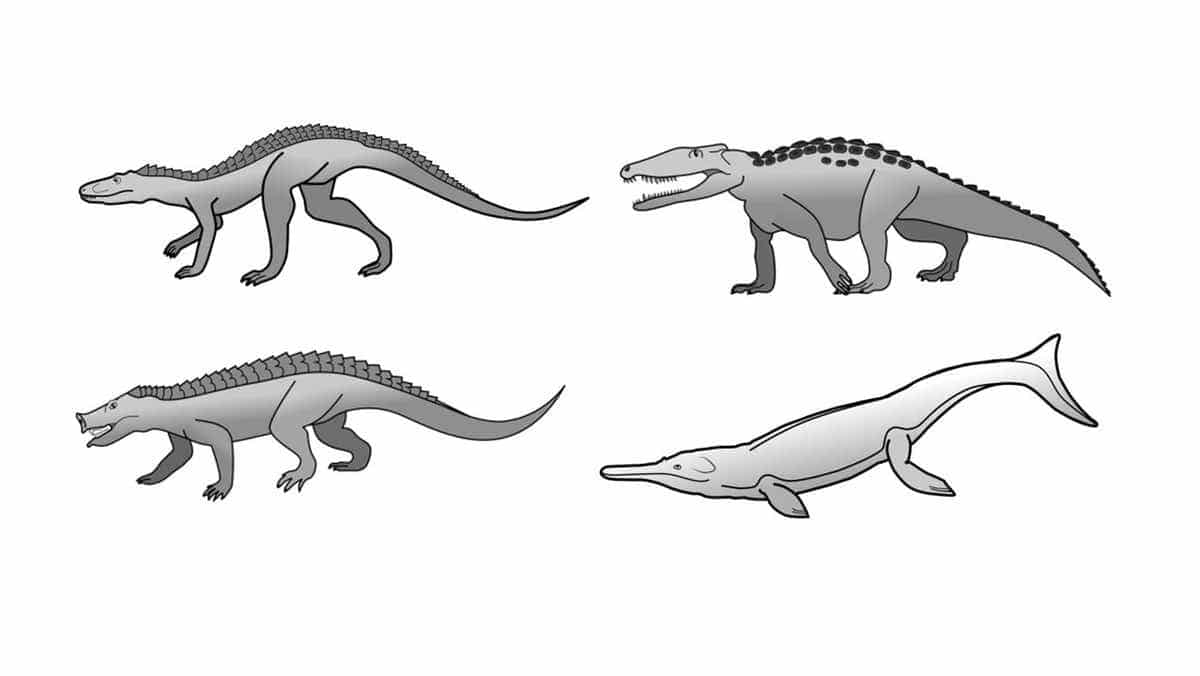 This pattern of low evolutionary rates interrupted by occasional bursts of activity is known as “punctuated equilibrium.” This is what we would expect to see in cases where evolution is being driven by external factors like mass extinctions or climate change, rather than intrinsic forces like sexual selection or the arms race between predators and prey. Punctuated equilibrium means that organisms will find an optimum state and remain in that state, until the environment forces them to adapt to new conditions. This results in a stop-start pattern.

It is not clear why some animals follow this model of punctuated equilibrium and others do not. There might be a few different factors at play. Modern crocodilians are not able to control their body temperature, so they may be more sensitive to changes in the climate than perhaps a mammal or a bird would be.

Conversely, modern crocodilians are able to survive without eating for very long periods, making them more resilient in times of hardship. This punctuated equilibrium model is certainly not peculiar to crocodiles, and a promising avenue of research would be to try and detect it in other groups of similar antiquity, such as turtles.

Our research strongly suggests crocodilians have remained unchanged for such a very long time because they have landed upon an equilibrium state that does not require them to change often. When crocodilian evolution does happen at pace, it is likely that this is because the environment has changed and has forced them to adapt. This may also explain why the crocodilians’ more unusual kin became extinct.

Temperature does seem to have been important, but there is plenty of scope for other environmental factors to have played a role. The next step for us will be to examine how rates of body size evolution interact with variables other than temperature, like rainfall or sea level. We would also like to find out if characteristics other than body size follow this same pattern of punctuated equilibrium, for example skull shape.

Max Stockdale is a teaching associate in vertebrate macroevolution and palaeoecology at the University of Bristol.