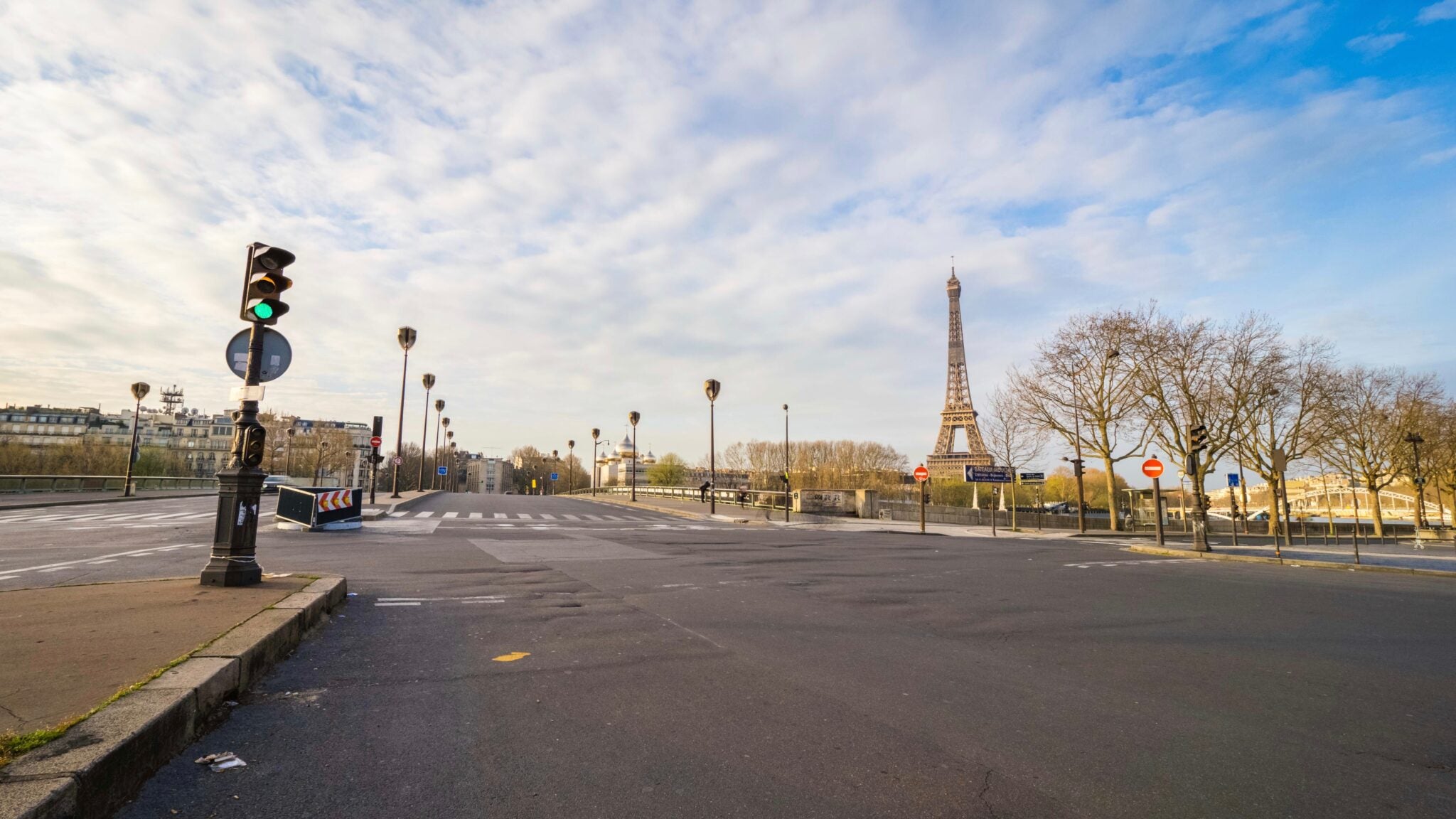 General view of the empty Alma bridge, in front of the Eiffel tower, while the city imposes emergency measures to combat the Coronavirus COVID-19 outbreak, on March 17, 2020 in Paris, France. Edward Berthelot / Getty Images

Half the world is on lockdown. So, the constant hum of cars, trucks, trains and heavy machinery has stopped, drastically reducing the intensity of the vibrations rippling through the Earth’s crust. Seismologists, who use highly sensitive equipment, have noticed a difference in the hum caused by human activity, according to Fast Company.

In Belgium, scientists report at least a 30 percent reduction in that amount of ambient human noise since lockdown began there, according to Popular Mechanics. Scientists say this may be beneficial to seismologists, as it will allow them to detect minor earthquakes and to improve their tracking of volcanic activity and other seismic events, as Nature reported.

Thomas Lecocq, a geologist and seismologist at the Royal Observatory in Belgium, first pointed out the phenomenon, according to CNN. He noticed the 30 to 50 percent reduction since the country started its social distancing measures in mid-March and businesses and industries shut down. Lecocq said the vibrations he has seen are on par with what it is like on Christmas Day in Belgium.

While most seismologist instruments are placed outside cities to avoid vibrations caused by urban centers, the one in Brussels was built more than 100 years ago and the city has expanded around it since then. That proximity to the city accounts for the dramatic dip in seismic activity, as CNN reported.

The seismic effect of one car, one train, or one jackhammer is miniscule, together they crescendo in a significant din background noise that reduces seismologists ability to detect other signals at the same frequency, according to Nature.

The dips from human activity have been noticed in other cities around the world, including in London and Los Angeles, as Fortune reported. In a tweet, a British seismologist, shared data from a sensor near a motorway, showing large dips in daytime activity.

The #covid19UK lockdown as seen by a seismometer. This week has seen a reduction in average daytime background seismic noise level (purple line). Data is from @BGSseismology station SWN1 located close to the M4 motorway, so this probably reflects less traffic out on the roads. pic.twitter.com/uNhtKmeCdf

The same was seen in an image shared on Twitter by a CalTech geophysics PhD student who shared the noise reductions from a Los Angeles sensor. “[T]he drop is seriously wild,” she wrote.

If lockdowns continue in the coming months, detectors in urban centers around the world might improve on their usual ability to detect the locations of earthquake aftershocks, Andy Frassetto, a seismologist at the Incorporated Research Institutions for Seismology in Washington DC, says to Nature. “You’ll get a signal with less noise on top, allowing you to squeeze a little more information out of those events.”

The reduction in seismic activity, like reduction in air pollution, also show that people are adhering to social distancing guidelines from governments around the world.

“From the seismological point of view, we can motivate people to say, ‘OK look, people. You feel like you’re alone at home, but we can tell you that everyone is home. Everyone is doing the same. Everyone is respecting the rules,'” Lecocq said to CNN.

On the other hand, if a reduction in vibrations around the Earth’s crust isn’t detected, it can tell seismologists where people are flouting lockdown orders, said Raphael De Plaen, a postdoctoral researcher at Universidad Nacional Autónoma de México to CNN, which may be helpful in future pandemics.

“That could be used in the future by decision makers to figure out, ‘OK, we’re not doing things right. We need to work on that and make sure that people respect that because this is in the interest of everyone.'”