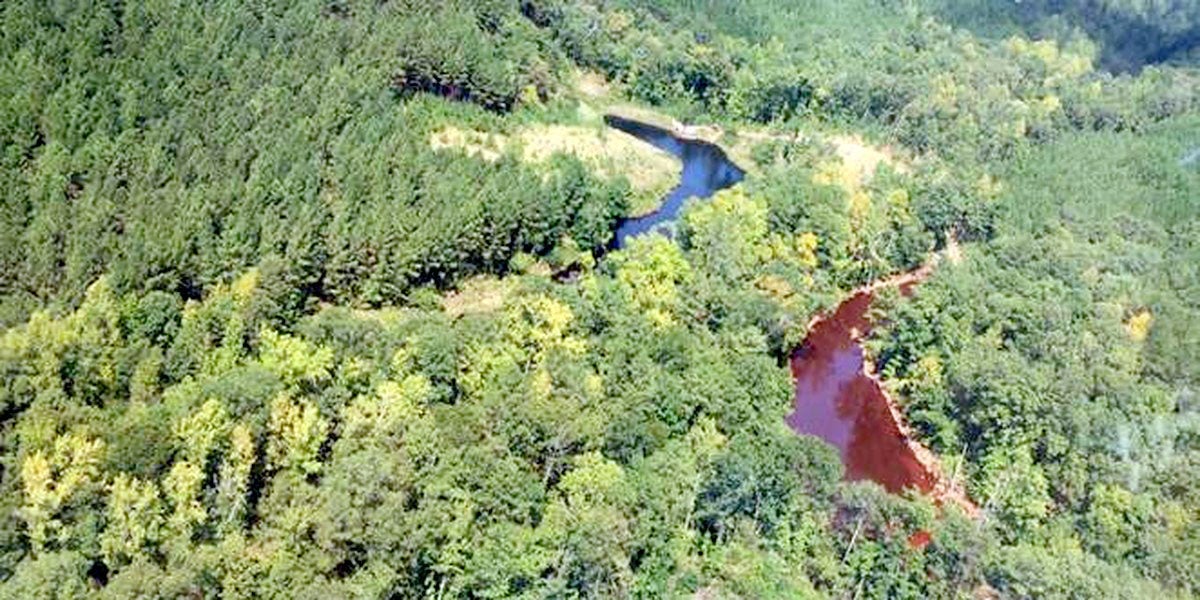 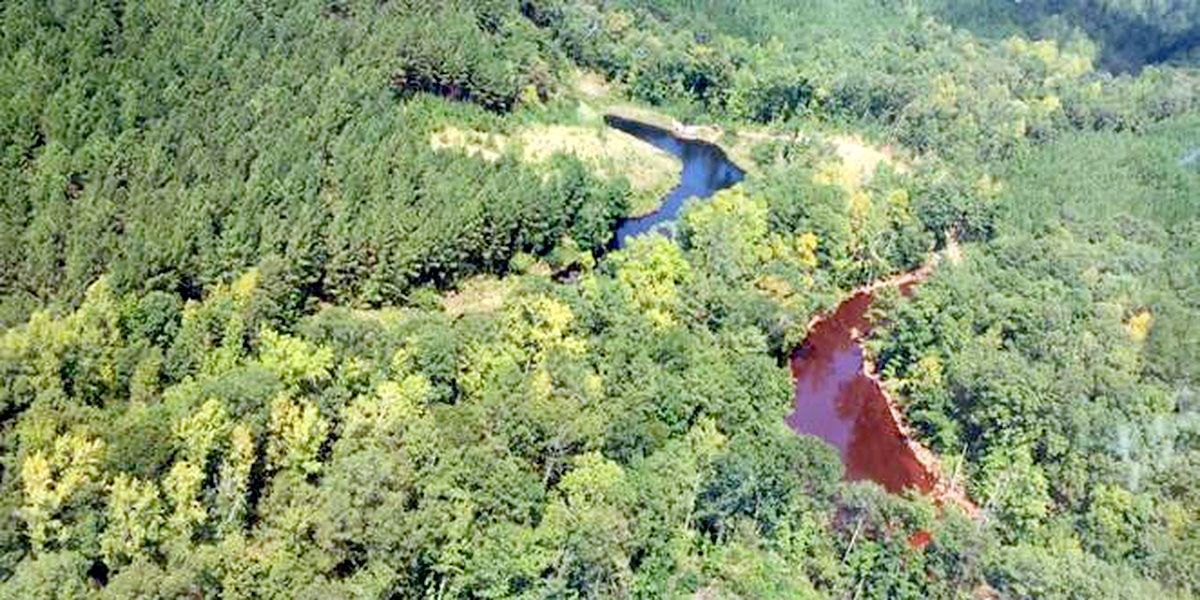 Aerial photo of two of the three mine water retention ponds at the site of a pipeline leak that spilled an estimated 250,000 gallons of gasoline in Shelby County, Ala. The retention pond on the right is where the gasoline has been contained.Colonial Pipeline

The Sept. 9 break has leaked 6,000 barrels (approximately 250,000 gallons) of fuel into Shelby County, Alabama, the operator estimated, up from its original estimation of 1,000 barrels. The cause of the leak is currently unclear.

Colonial Pipeline, the largest refined products system in the nation, operates 5,500 miles of underground pipe and above ground storage tanks and pump stations, delivering more than 100 million gallons of refined petroleum products a day. Their customer base is an estimated 50 million Americans, between Houston and New York City.

CNN Money said that the disruption “threatens to drive up prices and leave service stations without fuel to sell.”

This is a VERY, VERY, VERY big deal: 900k b/d of #gasoline supply to US East Coast missing because of #Colonial pipeline shutdown #OOTT

In response to the spill, the Alpharetta, Georgia-based company closed its main gasoline line, Line 1, that runs from refineries in the Gulf Coast to the East Coast. About 500 employees and contractors are currently working to clean up the site and repair the impacted segment of pipe.

The Birmingham Business Journal reported that most of the spilled gasoline has been contained in a nearby mining retention pond as workers skim the pond to remove the gasoline. Underflow dams are also being constructed to prevent gasoline seepage into the nearby Cahaba River.

However, Billy McDanal, a landowner living near the river, spoke to AL.com over his concerns about the spill.

“That’s our water,” he said. “I guess in a way I am worried about the drinking water.”

Colonial Pipeline initially said that the line would be running by this weekend but delays this week caused by gasoline vapors on site has slowed operations.

“Working in close consultation with local, state and federal officials, Colonial Pipeline continued around-the-clock response operations on location in Helena, Alabama, into the evening yesterday,” the company announced on Sept. 15. “However, work activity was intermittent overnight due to unfavorable weather conditions that caused gasoline vapors to settle over the site. Operations are resuming as officials deem conditions safe. The top priority of the unified response effort remains the safety and protection of the public, responders, and the environment.”

The U.S. Environmental Protection Agency “is aware of the incident and has established a joint incident command with state and local authorities,” the Business Journal noted.

Cahaba Riverkeeper David Butler told AL.com that the company has been “aggressive” in its response and is “genuinely concerned about protecting the river.”

“Every concern we’ve had, they’ve addressed with really no pushback,” Butler said. “As bad as any situation like this is, all you can really ask is that they be responsible and accountable and I certainly haven’t found any fault in their response so far.”

The burst is expected to affect prices at the pump. Colonial Pipeline said that parts of Georgia, Alabama, Tennessee, North Carolina and South Carolina “will be the first markets to be impacted by any potential disruption in supply.”

Patrick DeHaan, senior petroleum analyst at GasBuddy, told the Wall Street Journal that with supplies tightening, retail gasoline prices could spike by 5 to 20 cents a gallon.

#GasPrices may rise 5-15c in GA, NC, TN, VA and 10-20c in SC over the next week due to supply/pipeline outage. Some stations may run out.

The company has restarted Line 2, its distillate line, due to the shutdown of Line 1.

“To minimize potential supply disruptions caused by the interruption to Line 1, Colonial Pipeline has executed a contingency plan to move gasoline on Line 2, which normally carries distillate such as diesel, jet fuel and home heating oil to points north,” Colonial said.

Reuters reported that Friday’s spill was the largest on the Colonial line in 20 years. In 1996, 22,800 barrels of fuel oil leaked in South Carolina.

Giant Lizards Are Spreading in Georgia