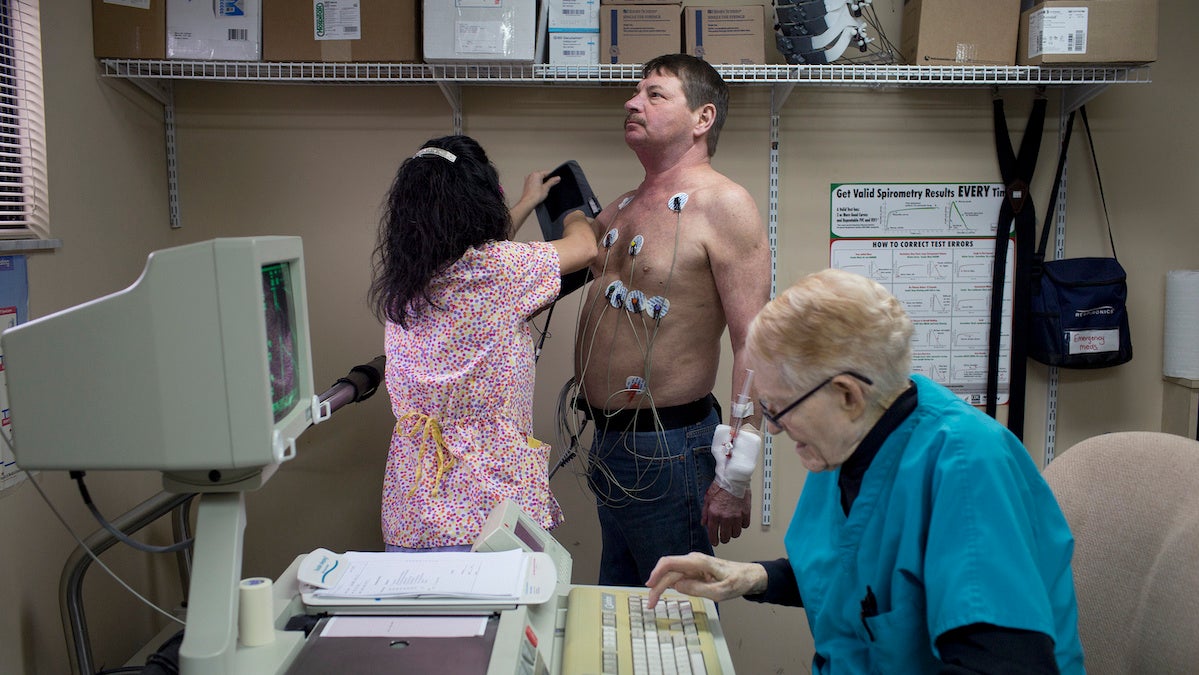 In some states like West Virginia, coal mines have been classified as essential services and are staying open during the COVID-19 pandemic, even though the close quarters miners work in and the known risks to respiratory health put miners in harm’s way during the spread of the coronavirus.

In Appalachia, miners with pneumoconiosis, or black lung disease, are at particularly high risk of coronavirus, according to HuffPost. Official statistics from the Centers for Disease Control and Prevention (CDC) put the number of underground coal miners with black lung disease at one in 10, though experts estimate the number could be 20 percent or higher.

When someone has black lung disease, scarring in the respiratory tract makes breathing labored. The notion of adding exposure to a severe respiratory illness like COVID-19 has some workers terrified, according to HuffPost. Furthermore, the communities where coal miners live tend to have higher than average comorbidities like obesity and diabetes.

Appalachians, for example are more likely than other Americans to have ailments such as cancer, heart disease and diabetes, due in part to smoking and a more sedentary lifestyle, according to the Appalachian Regional Commission, all of which could complicate the effects of COVID-19.

“Nobody knows what this virus is going to do when it gets to this area,” said Jimmy Moore, a 74-year-old black lung patient in Shelby Gap, Kentucky, to HuffPost. “It’s probably just going to wipe us out.”

The age of many black lung sufferers also complicates exposure to the coronavirus, according to Anna Allen, a West Virginia doctor who cares for black lung patients, as Bloomberg reported.

In Australia, which has a robust coal mining industry and a significant portion of GDP derived from exporting coal to China and India, there have been drastic improvements since 2015 to improve working conditions for miners. However, miners with long-term exposure have most likely already had their lungs damaged but may not know it yet.

“The disease usually takes a minimum of five years to 10 years in very heavy exposure to develop, and a bit longer if the exposures are not so heavy,” said Dr. Robert Cohen, the medical director of the Black Lung Center of Excellence at the University of Illinois, to the Australian Broadcasting Corporation. “So we’re not likely going to see that for a little bit of time yet in terms of the effect of new dust controls. While we are getting a number of new cases, I think that in some ways we are gathering up these cases that were probably undiagnosed and hadn’t been paid attention to before.”

“Coronavirus is definitely worse in people who have underlying lung disease,” he said to the Australian Broadcasting Corporation.

“We actually closed all our black lung clinics and we’re asking miners not to come in for exams at the moment. We don’t think it’s worth the risk {of} them being in hospitals and clinics where sick people are at this time.”

“We are seriously worried about our population out here,” said Teresa Tyson, president and CEO of The Health Wagon, which operates free clinics in Wise, Virginia, and surrounding counties, to HuffPost. She added that her father is a former coal miner who has black lung. COVID-19 “would be a nail in the coffin,” she said.

Despite pleas for social distancing, Doyle said he hasn’t seen much change in mining operations in recent weeks. Mine workers are also still walking around town as usual, he said, possibly spreading the virus without knowing.

“It looks to me like they’re going about their business,” Doyle said to HuffPost. “Until their co-workers start falling ill, I don’t think they’re going to change. A lot of people here are not convinced they need to do anything.”