Poland Clinches ‘Historic’ Deal to Phase Out Coal by 2049 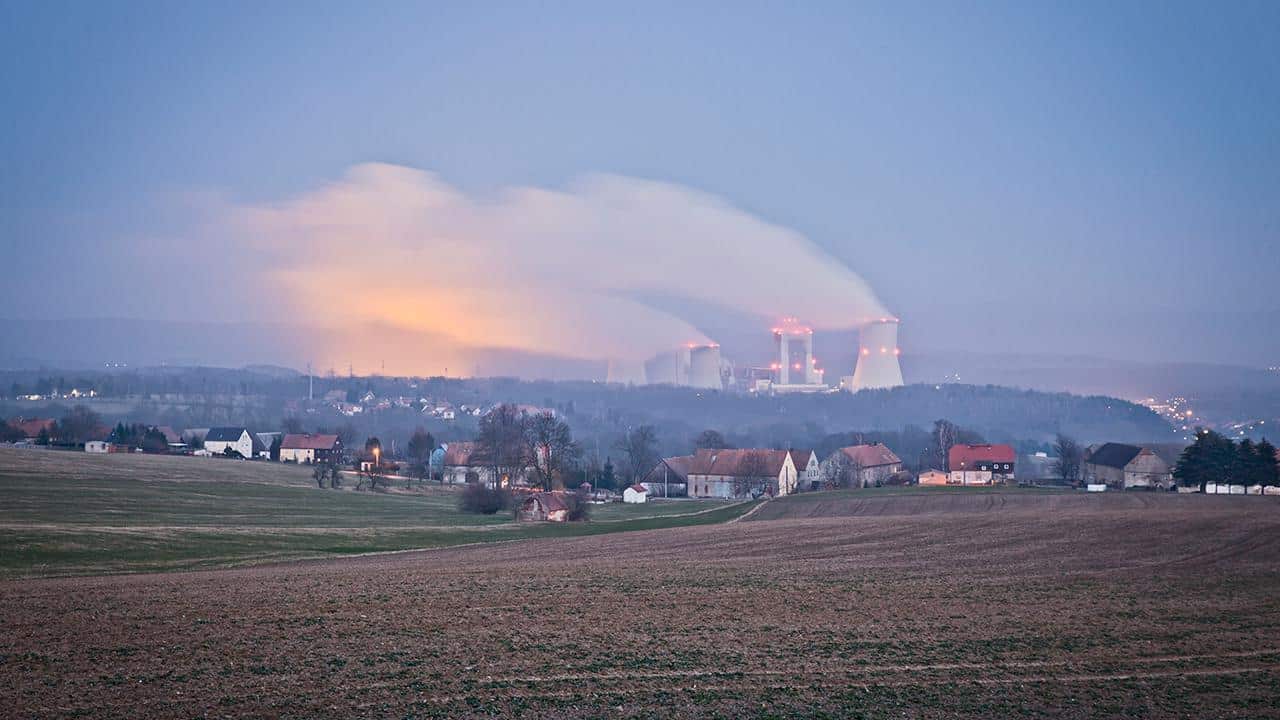 (Editor's Note: This image was shot using a long exposure) View from Germany of the illuminated cooling towers of the Turow power plant in Bogytynia, Poland, on March 3, 2021. Frank Hoensch / Getty Images

Poland’s government and unions signed an agreement with the coal mining industry on Wednesday, to phase out coal production by 2049.

Industry representatives agreed to shut all coal mines by the target date, with severance payments for workers in the Silesia coal basin.

The agreement marks the first time that the powerful coal mining sector has agreed to reduce its presence.

A statement made by the state assets ministry, which negotiated on behalf of the government, praised the move as a “historic agreement.”

The subsidies set aside for coal miners would represent a large burden on the state budget, and could possibly be in violation of EU regulations for subsidies to dying industries.

Dominik Kolorz, head of a local branch of the Solidarity union, was quoted by Gazeta Wyborcza as saying “It is hard to be satisfied when you are liquidating such an important industry.”

“We did what we needed to do, which was to assist the workers,” Kolorz said, adding, “It’s not like everything ends today. We have a lot of work to do to create alternative jobs.”

Government and union representatives signed the agreement on Wednesday in Katowice, a city in the coal-mining heartland of Silesia, in southern Poland, state news agency PAP reported. The action clears the way for the plan to the European Commission for approval. The final signing is expected in May.

Coal sector employment has traditionally been a politically sensitive issue in Poland. The country depends on coal for around 70% of its energy needs, although it is planning to reduce this to 11% by 2040. From there, the EU member would need to phase its use out entirely before the bloc-wide deadline of 2050.

Environmentalists have said that the 2049 deadline is still not early enough.

The coal sector is in decline in much of the world, as renewable and other energy sources come down in price and societies increasingly reject the damaging environmental impact of burning fossil fuels. Poland’s coal has also become increasingly uncompetitive, often piling up unused as the country imports cheaper coal from Russia and other countries.