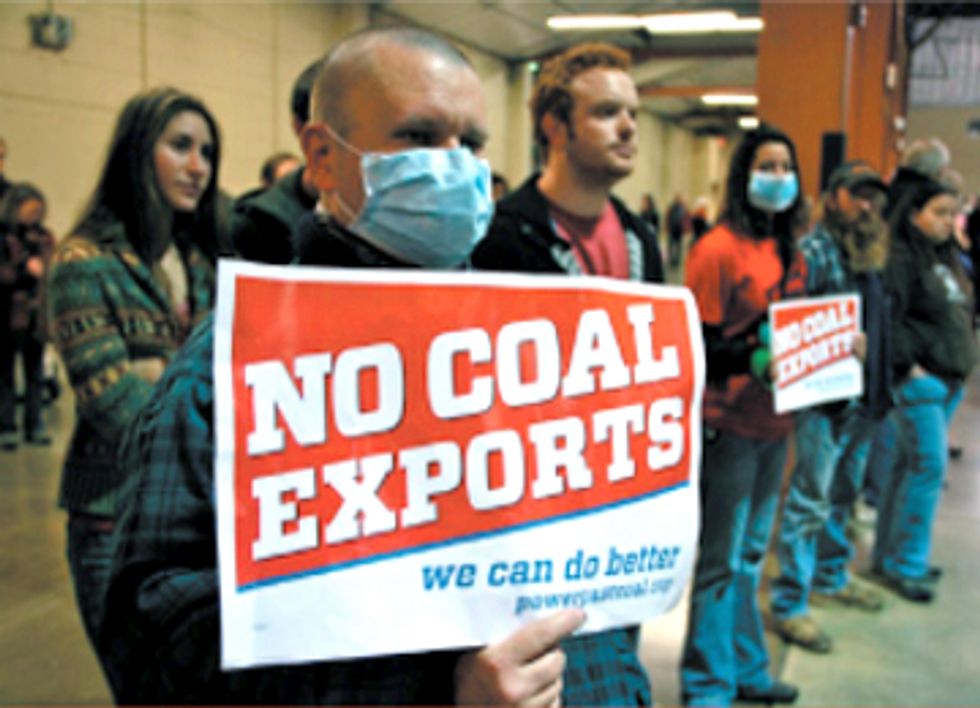 Testimony came from nurses, business owners, shellfish growers, students, scientists, faith leaders and many other community members on their concerns about the coal export proposal, particularly the impact of the coal trains running through SW Washington or Oregon. Many also raised deep concerns around the untrustworthiness of project proponents Ambre Energy, who previously misrepresented the size of the project.

“In Camas, we’ve built a new library, are working on a new community center, we’ve built trails and improved roads, and supported a revitalization of our downtown,” said Rick Marshall, a local real estate developer. “All that hard work should not be at risk because big coal companies are pushing a risky and shaky coal export scheme.”

“Coal pollutes the air we breathe,” said Alona Steinke, a pediatric nurse from Clark County. “Over my nursing career, I treated many children with asthma, which can be made worse by air pollution. We’ve worked too hard and spent too much to clean up our air to let more coal trains dirty it now.”

A recent poll shows a majority of voters in both Washington (51 percent) and Oregon (54 percent) oppose the proposed plans to export coal from Northwest ports. The survey also found that opposition has grown by double digits in both states in the last year, and a larger percentage of voters strongly oppose the coal export plans compared to the smaller margin that strongly support.

The Longview coal export terminal has a rocky history. In 2011, a legal challenge exposed internal documents showing that Ambre and their U.S. subsidiary Millennium Bulk Logistics lied to Cowlitz County and state officials about the size of their project, claiming it would ship five million tons per year when they planned a project more than 10 times that size. Following the controversy, Ambre withdrew its permit and in 2012 filed a permit for a terminal that would handle 44 million tons of coal per year.