4 Climate Crisis Solutions No One Is Talking About 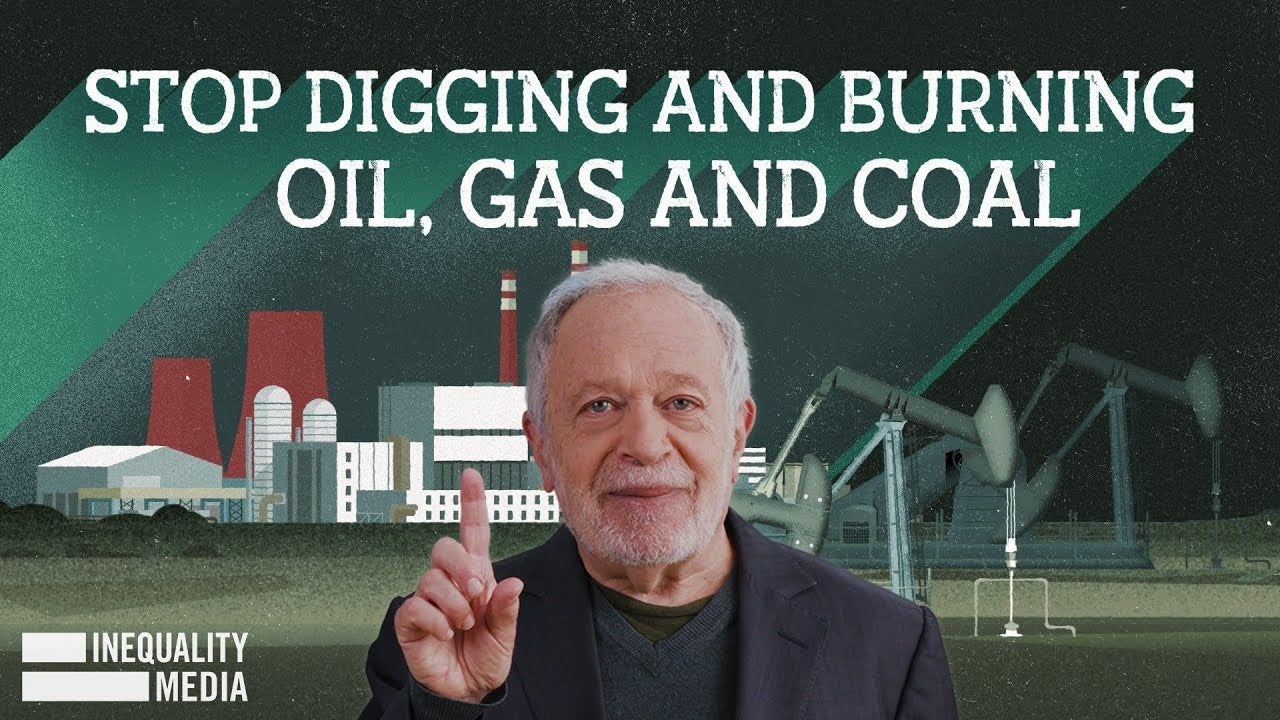 Both our economy and the environment are in crisis. Wealth is concentrated in the hands of a few while the majority of Americans struggle to get by. The climate crisis is worsening inequality, as those who are most economically vulnerable bear the brunt of flooding, fires and disruptions of supplies of food, water and power.

At the same time, environmental degradation and climate change are themselves byproducts of widening inequality. The political power of wealthy fossil fuel corporations has stymied action on climate change for decades. Focused only on maximizing their short-term interests, those corporations are becoming even richer and more powerful — while sidelining workers, limiting green innovation, preventing sustainable development and blocking direct action on our dire climate crisis.

Make no mistake: the simultaneous crisis of inequality and climate is no fluke. Both are the result of decades of deliberate choices made and policies enacted, by ultra-wealthy and powerful corporations.

We can address both crises by doing four things:

First, create green jobs. Investing in renewable energy could create millions of family sustaining, union jobs and build the infrastructure we need for marginalized communities to access clean water and air. The transition to a renewable energy-powered economy can add 550,000 jobs each year while saving the U.S. economy billion through 2050. In other words, a Green New Deal could turn the climate crisis into an opportunity — one that both addresses the climate emergency and creates a fairer and more equitable society.

Second, stop dirty energy. A massive investment in renewable energy jobs isn’t enough to combat the climate crisis. If we are going to avoid the worst impacts of climate change, we must tackle the problem at its source: Stop digging up and burning more oil, gas and coal.

The potential carbon emissions from these fossil fuels in the world’s currently developed fields and mines would take us well beyond the 1.5°C increased warming that Nobel Prize winning global scientists tell us the planet can afford. Given this, it’s absurd to allow fossil fuel corporations to start new dirty energy projects.

Even as fossil fuel companies claim to be pivoting toward clean energy, they are planning to invest trillions of dollars in new oil and gas projects that are inconsistent with global commitments to limit climate change. And over half of the industry’s expansion is projected to happen in the United States. Allowing these projects means locking ourselves into carbon emissions we can’t afford now, let alone in the decades to come.

Even if the U.S. were to transition to 100 percent renewable energy today, continuing to dig fossil fuels out of the ground will lead us further into climate crisis. If the U.S. doesn’t stop now, whatever we extract will simply be exported and burned overseas. We will all be affected, but the poorest and most vulnerable among us will bear the brunt of the devastating impacts of climate change.

Third, kick fossil fuel companies out of our politics. For decades, companies like Exxon, Chevron, Shell and BP have been polluting our democracy by pouring billions of dollars into our politics and bankrolling elected officials to enact policies that protect their profits. The oil and gas industry spent over 3 million on the 2016 federal elections alone. And that’s just what they were required to report: that number doesn’t include the untold amounts of “dark money” they’ve been using to buy-off politicians and corrupt our democracy. The most conservative estimates still put their spending at 10 times that of environmental groups and the renewable energy industry.

As a result, American taxpayers are shelling out billion a year to bankroll oil and gas projects — a huge transfer of wealth to the top. And that doesn’t even include hundreds of billions of dollars of indirect subsidies that cost every U.S. citizen roughly ,000 a year. This has to stop.

And we’ve got to stop giving away public lands for oil and gas drilling. In 2018, under Trump, the Interior Department made .1 billion selling public land leases to oil and gas companies, an all-time record — triple the previous 2008 record, totaling more than 1.5 million acres for drilling alone, threatening multiple cultural sites and countless wildlife. As recently as last September, the Trump administration opened 1.56 million acres of Alaska’s Arctic National Wildlife Refuge to oil drilling, threatening Indigenous cultural heritage and hundreds of species that call it home.

That’s not all. The ban on exporting crude oil should be reintroduced and extended to other fossil fuels. The ban, in place for 40 years, was lifted in 2015, just days after the signing of the Paris climate agreement. After years of campaigning by oil executives, industry heads and their army of lobbyists, the fossil fuel industry finally got its way.

We can’t wait for these changes to be introduced in 5 or 10 years time — we need them now.

As if buying-off our democracy wasn’t enough, these corporations have also deliberately misled the public for years on the amount of damage their products have been causing.

For instance, as early as 1977, Exxon’s own scientists were warning managers that fossil fuel use would warm the planet and cause irreparable damage. In the 1980s, Exxon shut down its internal climate research program and shifted to funding a network of advocacy groups, lobbying arms and think tanks whose sole purpose was to cloud public discourse and block action on the climate crisis. The five largest oil companies now spend about 7 million a year on ad campaigns claiming they care about the climate — all the while massively increasing their spending on oil and gas extraction.

Meanwhile, millions of Americans, especially poor, Black, Brown and Indigenous communities, already have to fight to drink clean water and breathe clean air as their communities are devastated by climate-fueled hurricanes, floods and fires. As of 2015, nearly 21 million people relied on community water systems that violated health-based quality standards.

Going by population, that’s essentially 200 Flint, Michigans, happening all at once. If we continue on our current path, many more communities run the risk of becoming “sacrifice zones,” where citizens are left to survive the toxic aftermath of industrial activity with little, if any, help from the entities responsible for creating it.

Climate denial and rampant pollution are not victimless crimes. Fossil fuel corporations must be held accountable and be forced to pay for the damage they’ve wrought.

If these solutions sound drastic to you, it’s because they are. They have to be if we have any hope of keeping our planet habitable. The climate crisis is not a far-off apocalyptic nightmare — it is our present day.

Australia’s bushfires wiped out a billion animals, California’s fire season wreaks more havoc every year, and record-setting storms are tearing through our communities like never before.

Scientists tell us we have 10 years left to dramatically reduce emissions. We have no room for meek half-measures wrapped up inside giant handouts to the fossil fuel industry.

We deserve a world without fossil fuels. A world in which workers and communities thrive and our shared climate comes before industry profits. Working together, I know we can make it happen. We have no time to waste.

Robert Reich, is the Chancellor’s Professor of Public Policy at the University of California, Berkeley, and a senior fellow at the Blum Center for Developing Economies. He served as secretary of labor in the Clinton administration, for which Time magazine named him one of the 10 most effective cabinet secretaries of the the twentieth century. The author of many books, including the best-sellers Aftershock, The Work of Nations, Beyond Outrage and, Saving Capitalism. He is also a founding editor of The American Prospect magazine, chairman of Common Cause, a member of the American Academy of Arts and Sciences, and co-creator of the award-winning documentary, “Inequality For All.” Reich’s newest book is “The Common Good.” He’s co-creator of the Netflix original documentary “Saving Capitalism,” which is streaming now.