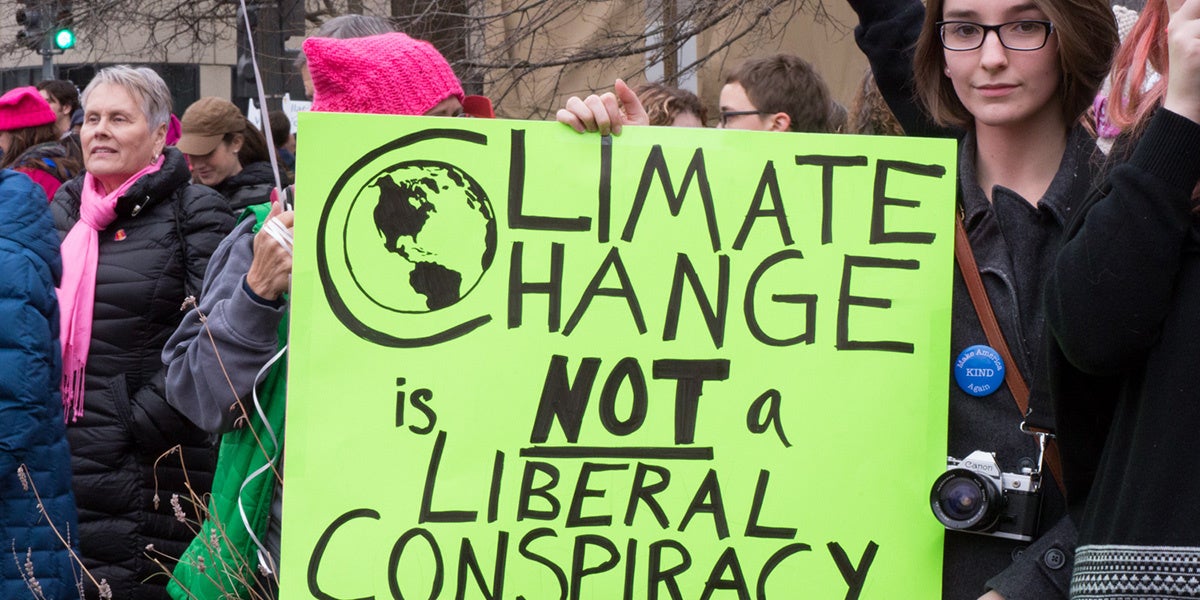 When the White House website removed all most all references to climate change within minutes of President Donald Trump’s inauguration, it set the tone for the administration’s environmental policy and led to concerns about how accurately government agencies would be allowed to report climate science during his term.

The Treasury Department removed mentions of climate change and a section on “climate change resilience” from a draft of a 2017 sustainability report obtained by E&E news.

The Treasury Department draft was obtained by E&E News under the Freedom of Information Act. Reporters compared it to the 2016 sustainability report released by the department under the Obama administration and found that it was nearly identical, except when it came to climate change.

The 2016 report listed the department’s progress on 10 environmental goals, including “Goal No. 10: Climate Change Resilience.” In the 2017 draft, Goal NO. 10 was left out entirely.

The report was the product of an Obama era executive order mandating that all government agencies update the White House with their progress on 10 environmental goals, among them reducing greenhouse gas emissions and promoting renewable energy. Other agencies’ 2017 reports continued to mention climate change. Trump reversed the executive order in May.

The CDC changes, on the other hand, were made either on or after November 14, 2016, after Trump was elected but before his inauguration.

The CDC said the changes were “planned updates,” but some speculated that they were an attempt by Obama staffers to keep climate related programs safe under Trump by removing obvious references to climate change from the site.

“What they’ve done is, they’ve tried to curtail the language and keep their heads down so they can continue doing the work they want to do,” outdoor worker kidney disease non-profit La Isla Network co-founder Jason Glaser told The Washington Post.

NIOSH started a working group to address the impacts of climate change on worker health during the Obama administration. Rising temperatures put outdoor workers at greater risk and climate changes may make some jobs, like wildfire fighting, more dangerous.

But the strategy to save the research could still harm the public. Environmental Data and Governance Initiative volunteer Eric Nost told Pacific Standard in January that, while government workers know that alternative phrases like “climate conditions” refer to “climate change”, website visitors searching for information might not. The word swap “definitely changes how the public and policymakers understand what the issue is, what’s at stake, and what it’s related to,” Nost said.