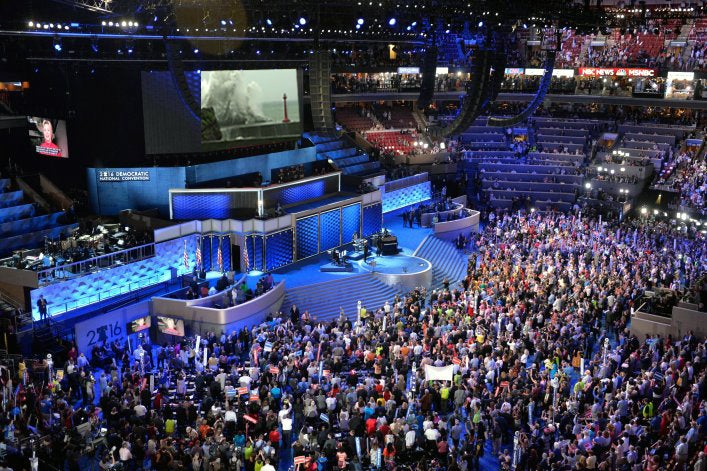 Climate change took center stage at the Democratic National Convention last night thanks to a short film by James Cameron and remarks by multiple prominent politicians on the issue.

The film, Not Reality TV, knocks Donald Trump‘s climate denial and tells the stories of Americans affected by climate change.

“As Americans, we face challenges head-on,” presidential nominee Hillary Clinton says in a voiceover in the film that also features Republican former California Gov. Arnold Schwarzenegger and a string of other celebrities and politicians.

President Obama also touched on the issue multiple times in his speech while California Gov. Jerry Brown and former Maryland Gov. Martin O’Malley praised Clinton for her leadership on climate action and denounced Donald Trump for his climate denial.