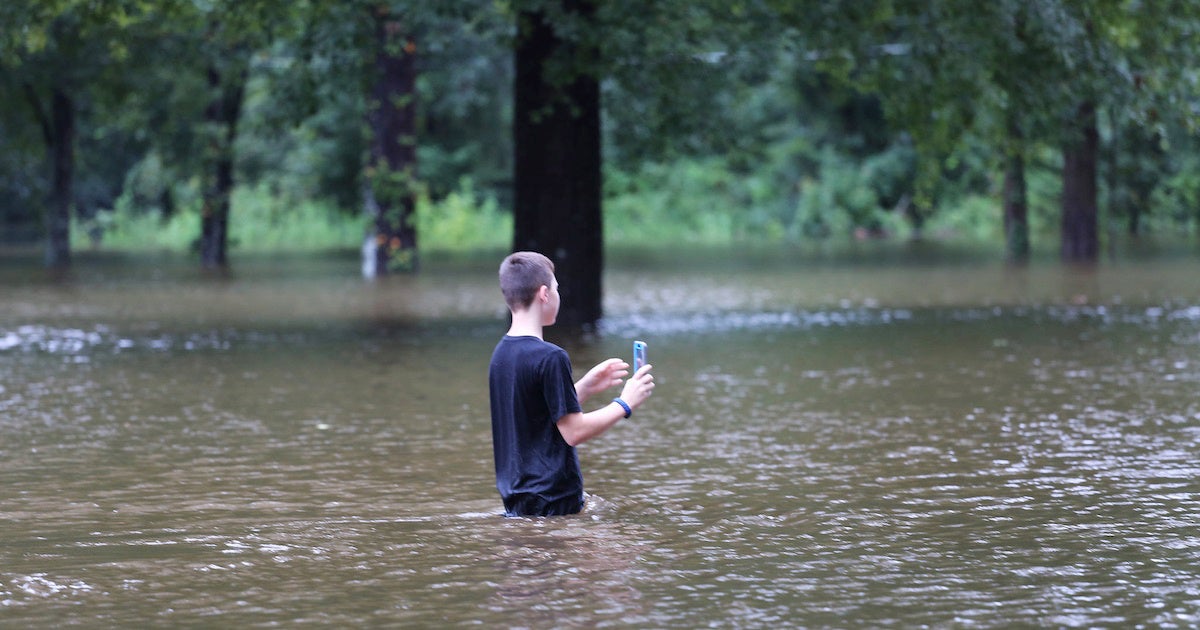 As someone who writes about the environment on a near-daily basis, the fact that a large chunk of Americans (about one in eight) reject the near scientific consensus of climate change can be a tough pill to swallow.

But after a year of record-breaking heatwaves, massive wildfires in the west, and a string of destructive hurricanes, it appears that my fellow U.S. citizens are waking up to the realities of our hot, new world, according to the latest nationally representative survey from the Yale Program on Climate Change Communication and the George Mason University Center for Climate Change Communication.

The poll, which has tracked Americans’ attitudes about climate since 2008, revealed an uptick in Americans’ concern about climate change, including “substantial increases” in the certainty that the global phenomenon is happening and currently harming people in the U.S.

The survey, based on the replies of 1,304 adults between Oct. 20 to Nov. 1, showed that seven in ten participants think climate change is happening—an increase of eight percentage points since March 2015. The good news is that those who think global warming is real outnumber climate deniers by more than 5 to 1.

One of the most significant findings is that roughly one in five (22 percent) Americans are “very worried” about climate change—the highest levels since the surveys began, or about twice the number that said they were “very worried” from the March 2015 poll. 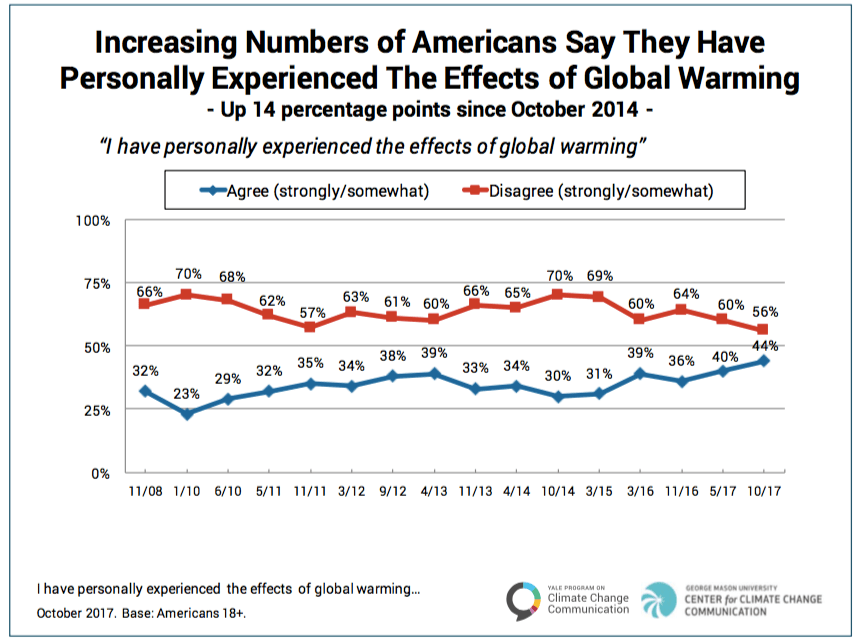 Four out of ten Americans also said that they have personally experienced the effects of global warming, and the issue is also personally important for two out of three Americans.

“That’s probably because they perceive direct climate impacts,” as environmental scientist Dana Nuccitelli pointed out in the Guardian, citing how 64 percent of survey participants said that global warming is affecting the weather.

“Americans also connecting the dots to specific extreme weather events,” he pointed out.

Indeed, scientists have noted that extreme weather can be made all the more frequent and destructive due to climate change. 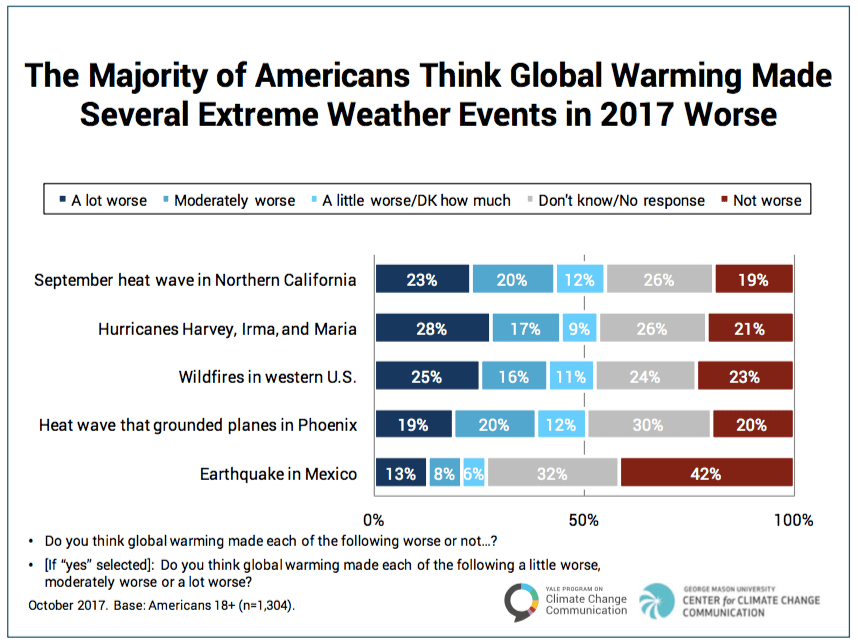 Here are the key findings from the survey:

• Over half of Americans (54 percent) understand that global warming is mostly human-caused. By contrast, one in three (33 percent) say it is due mostly to natural changes in the environment.

• Only about one in seven Americans (15 percent) understand that nearly all climate scientists (more than 90 percent) are convinced that human-caused global warming is happening.

• Two in three Americans feel “interested” in global warming (67 percent), and more than half feel “disgusted” (55 percent) or “helpless” (52 percent). Fewer than half feel “hopeful” (44 percent).

• Nearly two in three Americans (64 percent) think global warming is affecting weather in the U.S., and one in three think weather is being affected “a lot” (33 percent), an increase of eight percentage points since May 2017.

• A majority of Americans think global warming made several extreme events in 2017 worse, including the heat waves in California (55 percent) and Arizona (51 percent), hurricanes Harvey, Irma, and Maria (54 percent), and wildfires in the western U.S. (52 percent).

• More than three in four Americans (78 percent) are interested in learning about how global warming is or is not affecting extreme weather events.

• More than four in ten Americans (44 percent) say they have personally experienced the effects of global warming, an increase of 13 percentage points since March 2015.

• Four in ten Americans (42 percent) think people in the U.S. are being harmed by global warming “right now.” The proportion that believes people are being harmed “right now” has increased by 10 percentage points since March 2015.